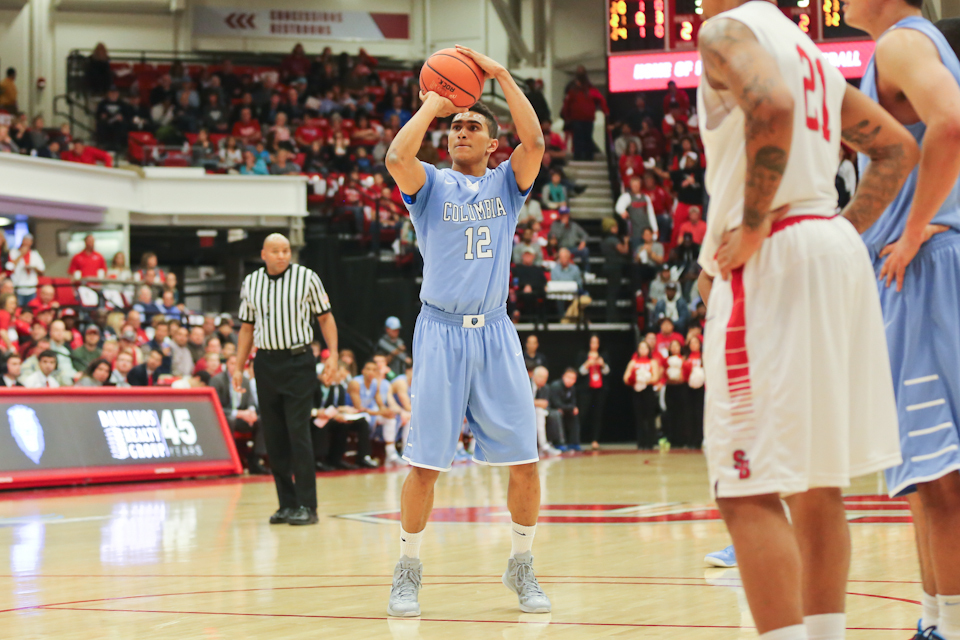 Senior guard and unanimous first team all-Ivy selection Maodo Lo will lead the Lions in their first round game against Norfolk State to open postseason play.

For the third time in as many years, the men's basketball team is hosting a College Insider Tournament game, opening the postseason play against Norfolk State.

Head coach Kyle Smith said that he has worked to ensure the Light Blue (21-10), which hasn't played a game since losing its final regular season contest at home to Yale, is prepared to take on the Spartans (17-16)—an experienced team that Smith believes will play with motivation.

"We just got off a long break and Norfolk is going to come in here really hungry," he said. "The team that really wants to keep playing will keep playing… and I believe that we want to keep playing."

Norfolk State enters the CIT having finished second in the Mid-East Atlantic Conference. Although the Spartans stumbled early in the season, they picked things up in the latter part of conference play.

The Spartans are anchored by strong guard play and are known for grinding opponents down with their speed and depth in the backcourt. The team's strength is in its offensive versatility and ability to spread the floor. Similar to Princeton, Norfolk State likes to have four players on the court at any given moment who can set up to hit the outside shot or create off the dribble.

"You've got to be in their space and still keep them in front of you," Smith said.

Leading Norfolk State is guard Jeff Short who averages 15.6 points per game. A high volume shooter, Short could pose issues for the Lions, who had some issues covering similar players later in the regular season.

Furthermore, according to Smith, Spartans guard D'Shon Taylor, who starts at the four spot, may also be tough for Columbia's traditional forwards to defend due to his quickness. Because of the potential mismatch, Smith said fans may see some smaller lineups featuring more of the Light Blue guards.

"He's a three playing the four," Smith said of Taylor. "He bangs threes … and he can drive you, so that's the key matchup. We have to find a way to guard him."

Although the Spartans prefer to play small lineups capable of pressing on defense and spreading the floor on offense, the team is anchored in the post by Jordan Butler, a stout 6-foot-6 forward known for hogging the paint. Butler leads Norfolk State in rebounding and blocked shots with 6.7 and 2.2, respectively, along with 7.5 points per game.

"They don't look to have him score, but he can do things on the second effort," Smith said.

Hosting a CIT game is nothing new for the men's basketball program. Two years ago after topping Valparaiso on the road, the Lions hosted a pair of CIT games, defeating Eastern Michigan before falling to Yale at home.

Because the CIT does not utilize a bracket as the other postseason tournaments do, the Lions do not yet know who they will play if they win.

Smith said that he has been pleased with the way the team has practiced through midterms and spring break and said his team—grounded by its seasoned senior leadership—is focused on moving on to play another game.

"You get that first one done and it doesn't matter what postseason you're playing in, the media gets behind it and the school gets behind it," Smith said.

Tipoff is set for 7 p.m. at Levien Gymnasium.