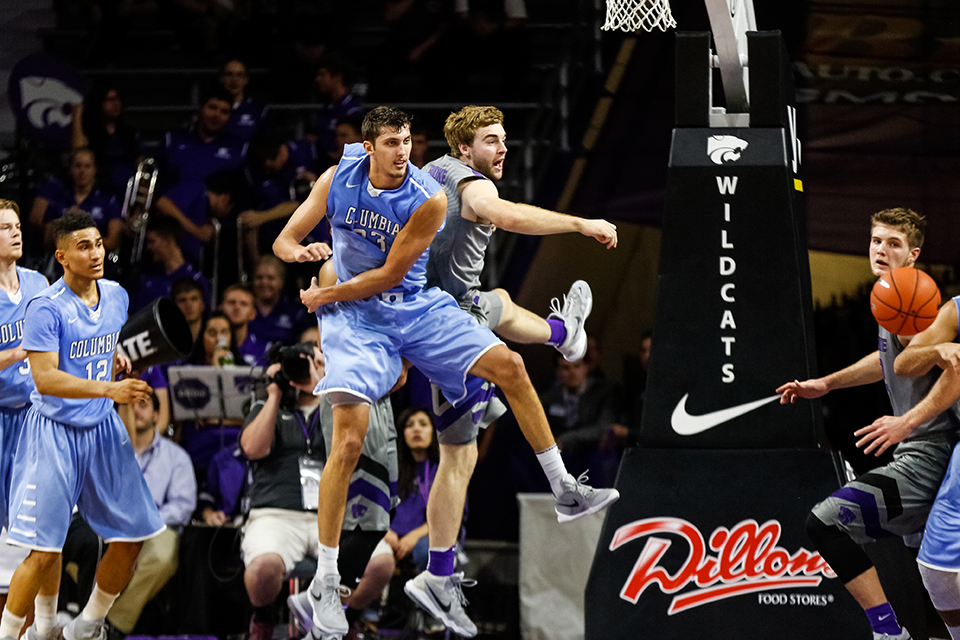 Junior forward Luke Petrasek came alive early in the second half to ensure the Lions kept widening their lead all the way to the final buzzer.

The men's basketball team opened the College Insider Tournament shooting lights out at home to capture a convincing 86-54 win over Norfolk State.

Columbia (21-10) turned the heat up on the Spartans (17-17) right out of the gates. Although the visiting team shocked the Light Blue a bit with their initial aggressiveness, once the Lions adjusted, there was no stopping them.

The Light Blue poured it on early with a bevvy of threes from senior guard Maodo Lo and sophomore guard Nate Hickman, a duo which finished the first half shooting a combined 6-for-9 from beyond the arc. From there, the team utilized a balanced scoring attack to widen its lead until heading to the locker room up 42-21 at the break.

For unknown reasons, Norfolk State did not start its leading scorer, guard Jeff Short, and leading shot blocker and rebounder, forward Jordan Butler. Butler did not play at all in the first half, and when Short came into the game near the end of the first frame, he racked up three quick fouls, including one technical and promptly returned to the bench.

Norfolk State began the second half with its regular starters in the game, including Short and Butler, again looking to catch the Light Blue off-balance with its aggressive play.

But again, the Lions compensated and were able to find their footing pretty quickly.

Junior forward Luke Petrasek took up the Lions' scoring duties early on in the second frame. After closing the first half with a buzzer beating trey, the New York State native opened the second shooting 4-for-4, including 3-for-3 from downtown. Petrasek led all scorers with 18 points.

"He's been healthy for only a week," Smith said. "He had some back issues and then he got sick. It was good to have him back."

After Petrasek's scoring tear, the deflated, allowing the Light Blue to cruise to the easy victory.

On their hot-shooting night, the Lions broke a pair of impressive records. Lo's four threes give him a total of 88 on the year, which breaks Columbia's single-season record and the team's 15 threes marks a postseason high for the program.

The three teams that advance to the CIT's second round with the highest kenpom.com ranking will receive a second-round bye. Because the Lions came into the tournament with the third highest ranking, they will automatically advance to Wednesday's quarterfinals, opponent and location to be determined.

Smith said that as hard as the ten-day lull between regular season play and his team's game against Norfolk State, the coming week may prove to be even more difficult.

"We have another week, so we have to be creative and grab their attention," he said. "But winning should do that."