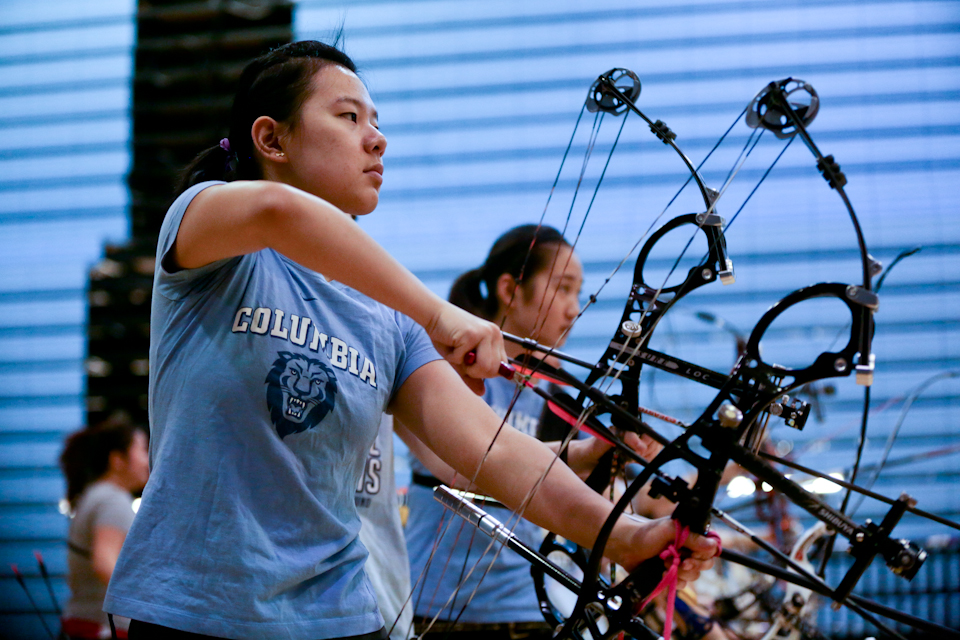 Sophomore Elizabeth Gunawan and archery are heading out west to compete in the prestigious Arizona Cup.

Archery heads to one of the biggest meets of the year at the Arizona Cup in Phoenix beginning April 7.

Columbia is set to face off against the country's best in a tournament that will also be doubling as the World University Trials.

"[The players] are all excited … because for the first time they'll be able to get a little bit more ready for that tournament and hopefully qualify for the world team," head coach Derek Davis said.

The Lions have not competed since Indoor National Championships in March, but they spent spring break in Florida, where they stayed sharp at Easton's National Training Center with an eye towards the international stage.

Davis added that the Lions boast a couple of possible candidates for the world team, headlined by first-year Aileen Yu. Yu had a stellar performance at the World Archery Indoor Championships, ranking sixth nationally and posting the top score in the region with an 1104.

Meanwhile, senior Julie Hoffman led the way with a score of 1128 in the compound division, topping the region and earning ninth nationally.

After Nationals, the Light Blue will head to Manchester, Connecticut for the New England Collegiate Archery Tournament, hosted by UConn from April 16 to 17.