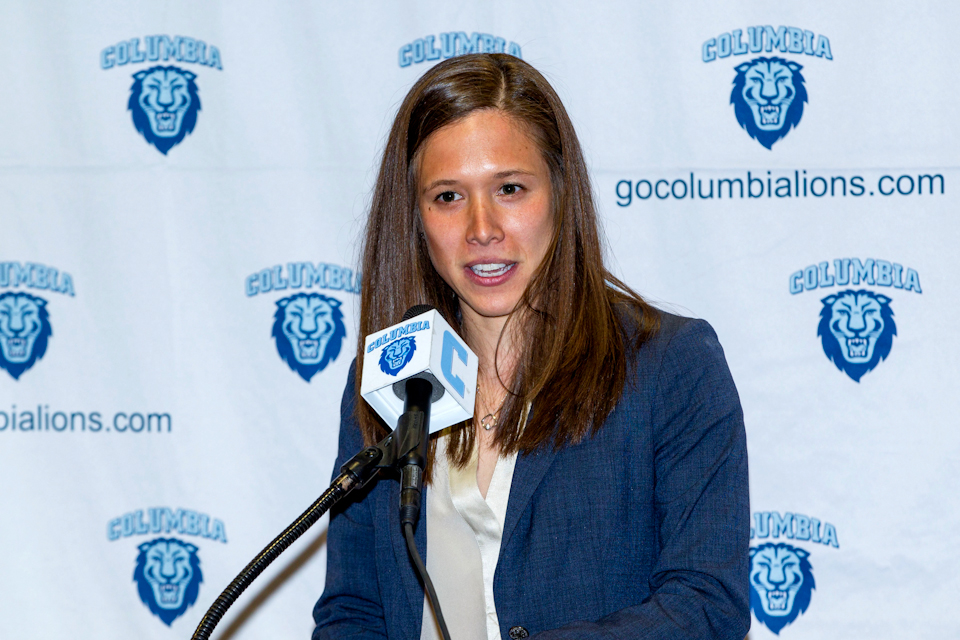 Megan Griffith CC '07, looks to the lead women's basketball in a new direction.

Two weeks into her tenure as the women's basketball head coach, Megan Griffith, CC '07, and her staff have already begun preparing for the 2016-2017 season.

"It's an honor to be here and represent this great university," Griffith said during her first official press conference last week.

The former Light Blue guard, who is one of only ten Lions to reach the 1,000 point mark, returns to Morningside Heights from Princeton, where she spent six years on the coaching staff. Her last four were spent as an assistant coach and recruiting coordinator for Tigers.

In her last two years at Princeton, Griffith was part of a staff that coached the Tigers to a 54-7 mark overall, going 26-2 in Ivy play and making two consecutive trips to the NCAA tournament.
In returning to campus, however, Griffith finds herself moving from a team that has remained at the top of the Ivy for the last two seasons to one that has failed to move up from the bottom.

"We have a lot of steps we need to take, like that's no secret, they know that too," Griffith said. "But we are taking them and making sure that we are being accountable for each and everyone of them."

While introducing her at the press conference, Peter Piling, the athletic director, highlighted Griffith for her recruiting record while at Princeton. Recruiting top talent to the Morningside Heights could be one of her toughest tasks. However, Griffith remains positive that the Light Blue can still reign in some of the Ivy's best in the next few years.

"I think that people like to be a part of building something, and that's exactly what we are doing," she said. "Plus, the sense of pride that I have for this place, it trumps any other university that I could possibly work for. This is me, I walked in their footsteps, I've worn their colors. I will outwork anybody because of that."

After a program-best 11 nonconference wins, the Lions struggled in Ivy play, picking up only one win during the conference season this year. But despite a string of poor Ivy performances, Griffith has admired the Light Blue from the sidelines. 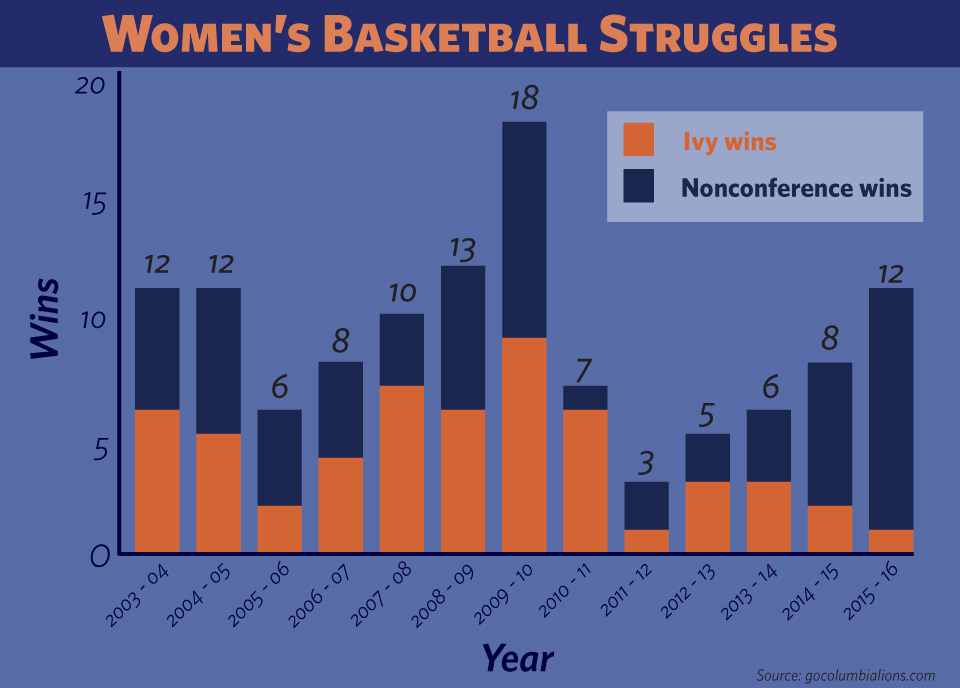 "This team is thirsty and hungry for some stability and something that they knew was going to be a constant for them," she said. "In terms of looking ahead, and what was good [from the matchups between the two schools], there's a lot of good. Tons of talent, a lot of really good pieces."

With the end of this academic year approaching, Griffith has only about a month and a ten-day tour of Italy to work with her team. After that, NCAA rules will keep her from working with her team until classes resume in the fall.

"For the next month, it's going to be, 'Let's get the pieces better'," she said. "Let's figure out how we can get things in play so that we can actually develop an offensive and defensive structure that suits this team as best as possible."

Over the past two weeks, Griffith and her team have had three on-court practices as they begin to analyze their squad.

"Their sense for how things are going has been very encouraging," she said of the team's first few practices. "They're communicating, they're being coachable, they're doing the things that we are asking of them without being like, 'Why are they asking us to do this?' They're trusting me, which has been really great."

Griffith noted the importance of getting the team to buy in to the vision that she has for a program that has struggled.

"I think that two things are going to be very important to us as a staff—that's going to be this program and our players come before anything, and honesty," she said. "But I want to be as transparent with them as possible, and I think that's how we create that buy in."

For now, however, Griffith is excited with the opportunities she will have over the next month and in Italy to learn about her team and experiment.

"I think that the neat thing about the Italy trip is that we actually get to implement and tries things, which teams don't really get that luxury especially at this point [in the year]," she said. "Then, we actually get to come back together as a staff and build something that we really believe is going to work for this program."

Spectator previously stated that Griffith was one of only nine Columbia basketball players to reach the 1,000 point mark when in fact, she is one of 10 to meet this mark after junior Tori Oliver reached 1,000 points this season. Spectator regrets the error.