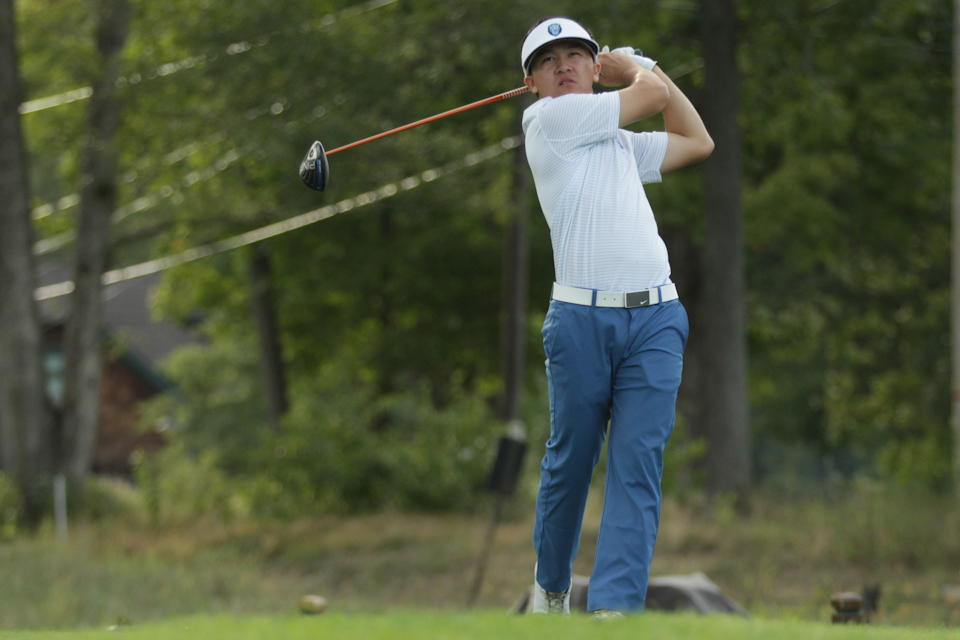 Senior Harrison Shih shot one-under par at the Princeton Invitational to lead the Lions and tie for seventh overall.

Senior Harrison Shih walks up to the first hole at the Princeton Invitational and immediately focuses in on the ball and his target. He takes two practice swings, steps up to the tee, and pulls the trigger.

Shih's pre-shot routine projects an air of calm and is elegantly simple, made possible by hours of preparation that begin days in advance of a tournament alongside men's golf head coach Rich Mueller.

Mueller, a five-time Ivy champion as head coach of Columbia (four with the men, one with the women), starts with a historical analysis of the course, looking at the easiest and hardest holes relative to par.

"Essentially you're trying to moneyball it, you're trying to be aggressive where you want to be and conservative or really just smarter on the holes where you're seeing it's more difficult," Mueller said. "You're only competing for fractions—that is the big thing that you have to understand."

Mueller's unique approach is possible thanks in part to Columbia Business School professor Mark Broadie, who released a book in 2014 that turned the game of golf on its head. Broadie created a mathematical model to quantify a golfer's performance on each shot relative to the average competitor, which the men's golf team adopted this fall.

"We entered shots, specifically the distance and where you end up," junior Mert Selamet said of the system. "And it basically tells you this is what your strengths and weaknesses are, so it gives you feedback." 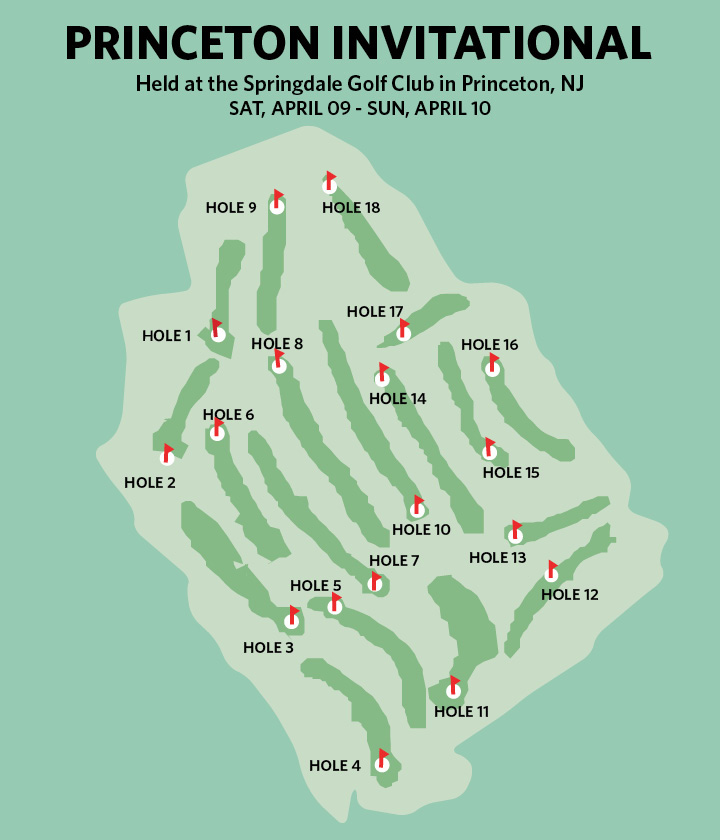 After the team spent the last semester recording the data of each player, Mueller began to integrate new insights from Broadie's program into the squad's preparation this spring.

"At first I was a little skeptical of having to worry about all these numbers on the golf course," Shih said. "But Professor Broadie and Coach have done an unbelievable job of making sure that at the end of the day you're still thinking of feel and not getting caught up in tenths of a shot."

Mueller's key to a game plan is to work backwards. The pin placement dictates the optimal landing spot in the fairway, which in turn determines the ideal distance and direction off the tee. By then accounting for a player's strengths and weaknesses, calculated by Broadie's system, Mueller can suggest either an aggressive or a conservative approach to each shot.

"You want to know where the out of bounds is, you want to know how far a guy hits it, his shot dispersion, how far left and how far right you hit it, and if you know all of those things with a fair bit of certainty it tells you where to aim, where to hit, and the whole thing just becomes a math equation," Mueller explained.

But even with the addition of the database, the Lions still know that the math has its limits. Before the start of each tournament the team uses a practice round to adjust for the course conditions, including wind, fairway firmness, and green speed.

Shih added that he uses the practice round to refine his preparation for various hypothetical  scenarios by taking note of significant changes in elevation on a green and the bunkers surrounding it, as well as safe bail out spaces in case he mishits the ball.

"By making a note of all that in my yardage book, it allows me to hit a shot during the tournament with confidence, knowing that I've basically pre-planned all my shots the day before," Shih said.

At that point, having already accounted for the fractions of strokes to be gained all over the course, Shih—and the rest of the squad—focus in on the execution.

"I try to keep my mind as clear as possible," Selamet shared. "Especially on shots that really require accuracy, like if there is hazard left, hazard right, I really try not to think about that and really just try to make a good swing, making sure that there isn't a thought in my head that 'make sure you don't go left or right.'"

And the combination of a clear head and the right game plan shows in the results. Already this spring the Light Blue have set a team record for a 54-hole tournament score, when they shot 10 under par enroute to a 11th place finish at the Desert Shootout.

With each tournament this spring the Lions have collected more data on their game, allowing them to hone in on their strengths and weaknesses prior to the Ivy League Championship.

"It's coming together, it's taking some time, and it takes some trust, but it's evolving," Mueller said.