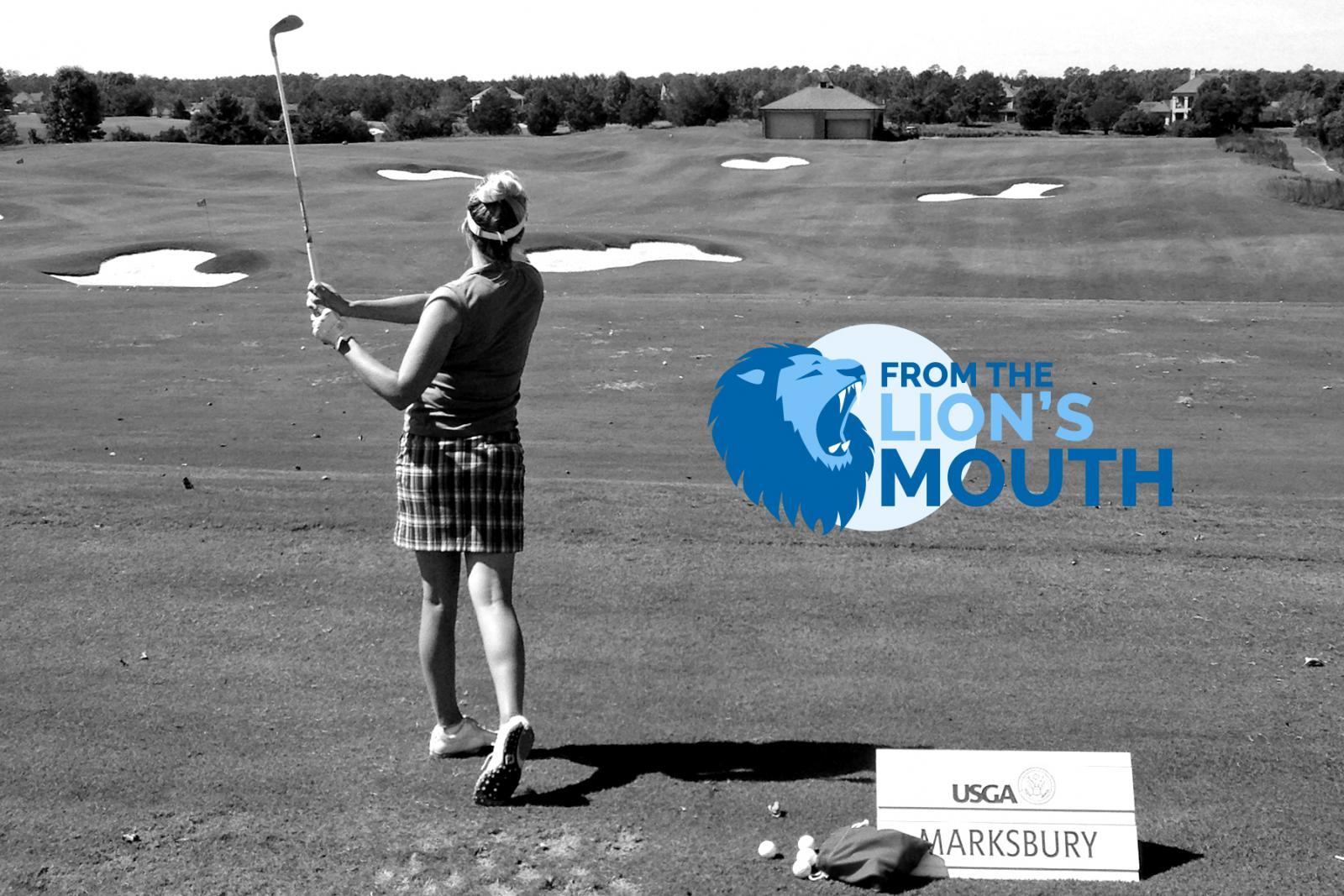 This Friday, April 22, the Columbia men's and women's golf teams will play in their respective Ivy Championships—the season's crowning glory. Although it's now been a decade since I competed in my last Ivy Championship, the memories of my time as a student-athlete at Columbia still feel fresh. When I reflect on how far the golf program has come in the nearly thirteen years that have gone by since that first season, I feel a sense of great pride.

Back in 2003, I arrived in New York as one of five incoming first-years recruited to be members of Columbia's inaugural women's varsity golf team. And it really was just us—there were no existing upperclassmen waiting to shepherd us through established rituals or protocols (although our team did eventually include an additional two walk-ons, a first-year and a senior— the senior did not compete in tournaments). Thus, the "team culture" was ours to mold and develop. (Our most revered contribution? Our affinity for detours to Carvel on the way home from practice!)

We were all excited to be a part of something new and undefined, and while our expectations were high, our inaugural season was not without its difficulties. As a native Californian, the transition to East Coast golf was unexpectedly hard. I wasn't used to competing in bad weather or practicing on range mats in the winter. We failed to attract any recruits for our sophomore year, and we placed last in our first Ivy Championship.

The challenges we faced were educational, though. The four original team members who remained for year two now united with a dual purpose: to be competitive and to take our recruit visits more seriously. We ramped up our workouts and laid out the red carpet for our prospective players that fall, creating weekend itineraries full of our favorite New York City activities. Our efforts were rewarded with commitments from four players with fantastic resumes. The fresh talent invigorated the team, and, in our third year, we finally turned the corner.

We won our first tournament, the Dartmouth Invitational, in 2005 and celebrated by consuming an entire "Vermonster" sundae at the Dartmouth campus Ben & Jerry's.

But while our tournament results continued to improve, our results at the Ivy Championship didn't, and we finished fifth in 2006.

That fall, we welcomed two more talented recruits and were thrilled as our team performance began to peak. We won the Rutgers Invitational and placed in the top five in all of our events leading up to that season's Ivy Championship.

Until 2007, only two women's golf teams had ever won Ivies: Princeton and Yale. But 2007 was our year, and Columbia University won its first Women's Golf Ivy Championship by 10 shots over Princeton at Trenton Country Club in New Jersey—the same venue where we had been so disappointed by our last place finish three years earlier. Not only that, but three members of our team placed in the top five, including Sara Ovadia, CC '09, who won the individual title. We had truly come full circle.

While only one member of our inaugural class qualified to compete that weekend, we were all present for the dramatic final holes and hugs and celebrations on the 18th green. For us, the seniors, there was no better way to leave the program. Going "from worst to first" (as our former head coach Al Carlson once put it), in only four years was a remarkable achievement for our program, and I am grateful to all the coaches, administrators, parents, and donors who supported us.

I feel a special bond with each of my teammates, but especially the "grandma" class of 2007, as we've come to call ourselves. I also feel deeply connected to the golf program as a whole. I love following the team's progress as well as individual players' post-graduate careers, several of whom have gone on to play professionally.

Since graduating, I've recognized the many profound ways that golf has enhanced my life. The golf industry is the only career path I've ever known, from my summer internships at a country club in East Hampton (where I met my husband, who's now a teaching professional), to my current job as an associate editor at GOLF magazine and host of GOLF.com's weekly show, "Tour Confidential." My old teammate (and fellow inaugural class member), Alana Johnson, CC '07, is now also my co-worker, two desks to my left, and my experience on the other side of the ropes as a collegiate player has given me valuable perspective—and empathy—for the players and personalities I interview for the magazine and website.

Now that I'm expecting a daughter, I'm especially grateful for the opportunities that Columbia afforded me, and my greatest hope is that she too will one day experience the unique camaraderie, satisfaction, and viewpoint that life as a student-athlete provides. Though I'm still four months away from welcoming her into the world, it's never too early to start, right?

So if you're looking for us this weekend, you'll find us diligently refreshing the Ivy Championship leaderboard, fervently hoping for news of Columbia's second Ivy triumph.