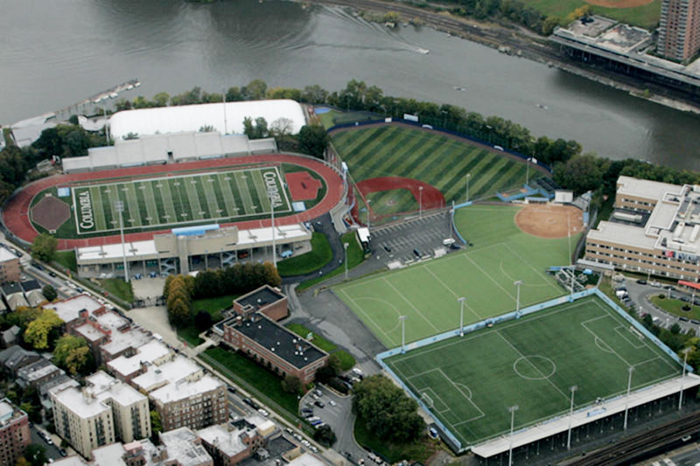 Rocco B. Commisso Soccer Stadium (right) will receive both a new 650,000 cubic-foot dome and a new playing surface this fall.

Columbia announced on Friday that construction has started on a new indoor practice facility at the Baker Athletics Complex.

Already referred to as the "Bubble at Baker," the project will add a 650,000 cubic-foot dome to Rocco B. Commisso Soccer Stadium, which will also receive a new FieldTurf playing surface.

"This is an exciting facilities project for Columbia, which will provide state-of-the-art indoor winter practice space for our varsity field sports which compete at the Baker Athletics Complex," Athletics Director Peter Pilling said in a statement.

Operating costs for the Bubble at Baker will likely reach $500,000 per year, with the intention of matching recent facility upgrades at other Ivy League schools. In fact, each of the other seven schools in the Ancient Eight have either already built or announced plans for their own indoor practice facilities.

But the Bubble at Baker is expected to provide Columbia with a facility on par with both Harvard and Penn, the only other Ivy League schools with "Seasonal Air-Supported Structures."

The indoor facility is set to open this coming December, and will be available for eight intercollegiate teams through the mid-March as the new home for teams to practice during the coldest months of the year.