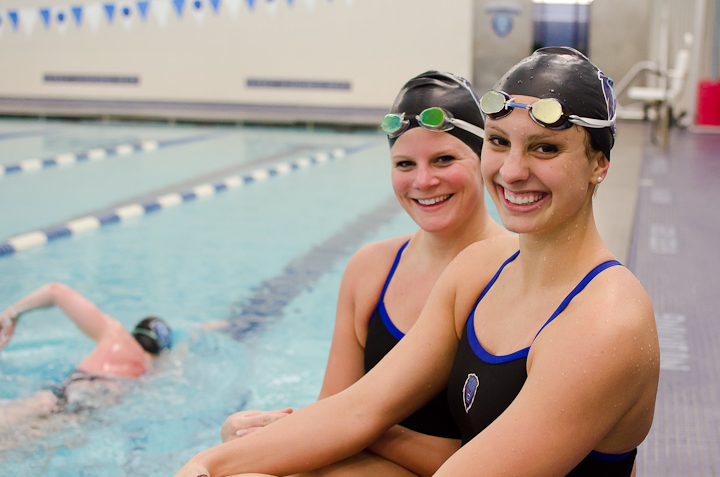 Katie Meili became the first Columbia representative to win an Olympic medal since 2008.

Katie Meili, CC '13, won the bronze medal in the women's 100-meter breaststroke Monday night, sending her to the podium in her Olympic debut.

Meili touched the wall in third at 1:05.69, though she trailed only fellow American Lilly King after the first 50 meters. Yulia Efimova rebounded down the stretch, surging past Meili into second place. But the controversial Russian failed to upend King, who took the gold with an Olympic record of 1:04.93—more than half a second faster than Efimova.

Meili's time of 1:05.69 falls just short of her personal best from the 2015 Pan-American Games. That particular mark of 1:05.64 led the Colleyville, Texas native to a gold medal in her very first international meet.

With her bronze in Rio, she joins a very select group of Columbia student-athletes to earn an Olympic medal. The last two to do so—Erinn Smart, BC '01, and James Williams, CC '07—both took silver in fencing at the Beijing Games in 2008. Only Christina Teuscher, CC '00—who entered Columbia already with a gold medal in tow—had medaled for the women's swimming program.

Meili capped her night on the Olympic podium alongside King as the Star-Spangled Banner resonated throughout the arena and two American flags ascended to the rafters.

The two-time All-Ivy selection will not compete again in Rio de Janeiro, but at just age 25, she looks to have a bright Olympic future.