The technology that is changing Columbia rowing

The technology that is changing Columbia rowing 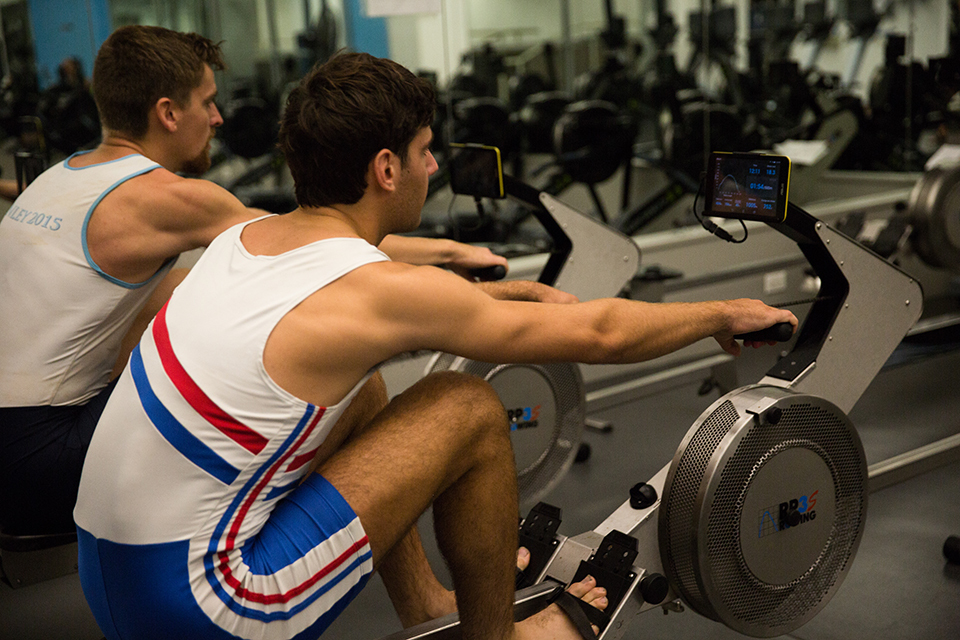 The RowPerfect3 has allowed athletes to refine their strokes in a way previous ergometers had not.

Junior Jeff Hou is one of the shorter rowers on the lightweight team. His 5-foot-8 frame drastically reduces his stroke length, but thanks to a new rowing machine, Hou has overcome what had previously been a limitation.

The machine also analyzes the energy output produced by the rower, the stroke length, and the peak of power during the stroke. All of this data coalesces into a stroke-by-stroke force curve.

Hou and his coaches used this curve to analyze flaws in his stroke and identify areas for improvement. And as the season went on, Hou began to create more length by coordinating his legs, back, and arms so that they acted uniformly.

"When you're rowing on the RowPerfect ... for really long guys, it's a matter of compacting the stroke a little bit and making sure they're applying the right force curve," Hou said. "For guys who are shorter, it's about finding length at different points in the stroke."

The new machine is not built exclusively for shorter rowers. Fellow lightweight rower Will Solberg is six feet tall, and he used the new ergometer to improve his own technique when rowing on the water wasn't an option. Instead of looking to improve his stroke length, Solberg used the RowPerfect to maintain his power even as he became fatigued.

Solberg also praised the new machines for recreating the on-water experience beyond the boat. After all, the lightweights' on-water practice facility is located 20 minutes away in New Jersey, while the machines are nearby in Dodge.

"It's hard to get extra sessions in the water, but the RowPerfect really mirrors your stroke on the water, so it gives you the opportunity to work on the technique that's going to make you fast in the water, on land," Solberg said.

The machine's data was especially useful after short, intense sessions for Solberg with two-minute bursts of rowing at full force to pinpoint exactly when the now-graduated lightweight began to tire. 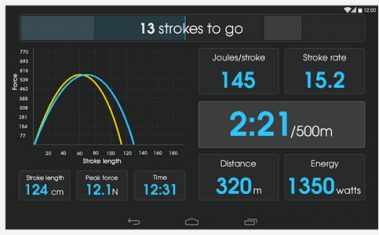 Both Solberg and Hou conceded that the RowPerfect machines require more time and effort than traditional ergometers—and not just physically. Whereas Hou focused only on his physical stroke on the ergometer, the RowPerfect can be far more mentally draining.

"You can zone out and just be a sledgehammer on it [the traditional ergometer] and just go after hacking away every stroke," Hou said. "But on the RowPerfect, you're also paying attention to technical things too, so that's a very mentally taxing thing."

The RowPerfect also allows for what Hou calls "boat feel," the instinct rowers have for the boat in the water. According to the junior lightweight, these machines help rowers translate their strokes in the boat.

Hou added that he really feels each stroke with the RowPerfect—even down to how his muscles flex and bend. While those changes may seem trivial, Hou led the lightweight varsity four to a silver medal at the Intercollegiate Rowing Championships last June, and Solberg helped the varsity eight to a gold-medal finish for the first time on the national stage.

The duo may be two of the Lions' biggest success stories with the new machines, but if Hou has his way, they're unlikely to be the last.

"I would like to see a move toward adding more RowPerfects," Hou said. "I think that would go a long way in giving us the capacity to defend our national championship and really elevating the team's quality moving forward."