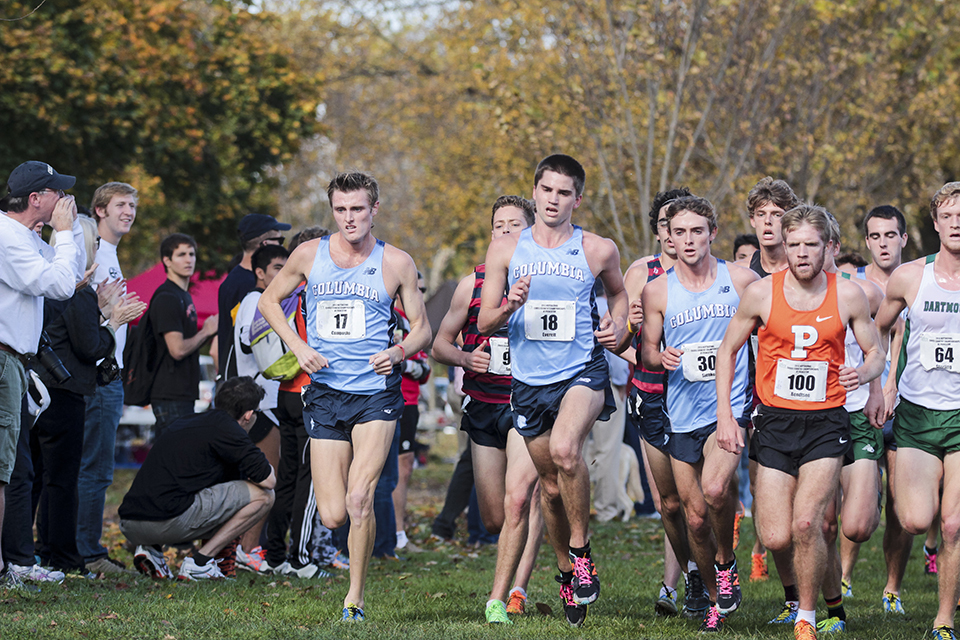 Thousands of people traverse Central Park every day, but few are as conspicuous as the Columbia cross country team.

"We always get tons of people whipping out their phones taking pictures of us … every single run," senior distance runner Henna Rustami said.

Dodging tourists while running through the park in packs of 30 is only one of the challenges of adjusting from the practice paths of Central Park to race trails.

In addition to changes in environment between practice and race, the parks' terrain of cinder and grass differ in composition. Although both are categorized as soft running surfaces for the low impact they have on athletes' bodies, the former is slightly harder.

According to head coach Dan Ireland, the urban trails of New York City and surrounding state parks provide the Division I athletes with ample space and appropriate running surfaces—factors that the Light Blue have used to their advantage. 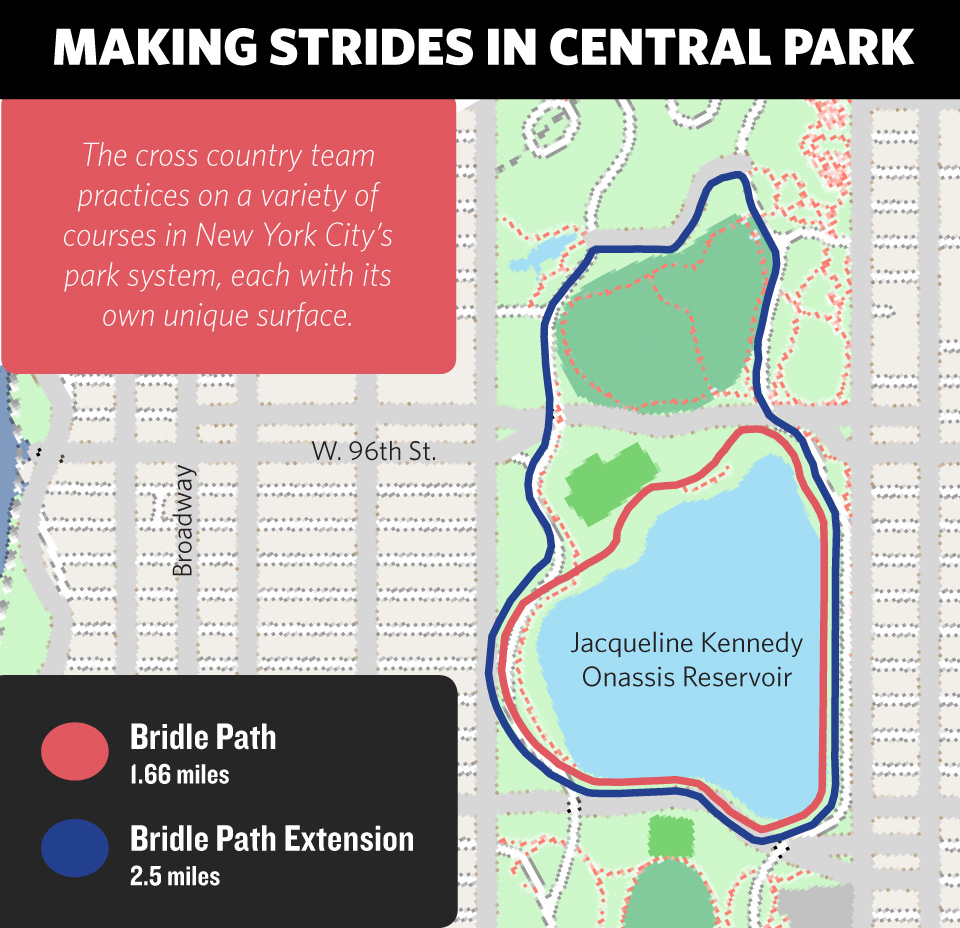 "Even if our kids are in the city, and say they're running 60 miles a week, they can run at least 40 of it on a soft surface," he said. "There's a lot of schools that can't even do that, and they're not in the city."

A majority of the team's weekly practices in the city takes place in Central and Riverside parks, but additional training occurs off the island in Van Cortlandt and Rockefeller State parks.

Senior distance runner Jack Boyle explained that adjusting to an unconventional practice program was a challenge he anticipated, and was even eager for.

"When I tell people … I just run in Central Park every day, [it's] mind boggling to them," the New Jersey native said. "A lot of people don't realize that there's the bridle path, which is a nice soft surface path, so it's not too bad."

Ireland noted that it doesn't take long for athletes to acclimate to navigating through the tourists and other runners who litter Central Park, but the physical toll of urban running is harder for athletes to conquer.

In his sophomore campaign, Boyle sustained a stress reaction in his shin, which he attributes to overexerting himself while training on the paved road in Central Park—a common injury for runners on hard surfaces like cement. 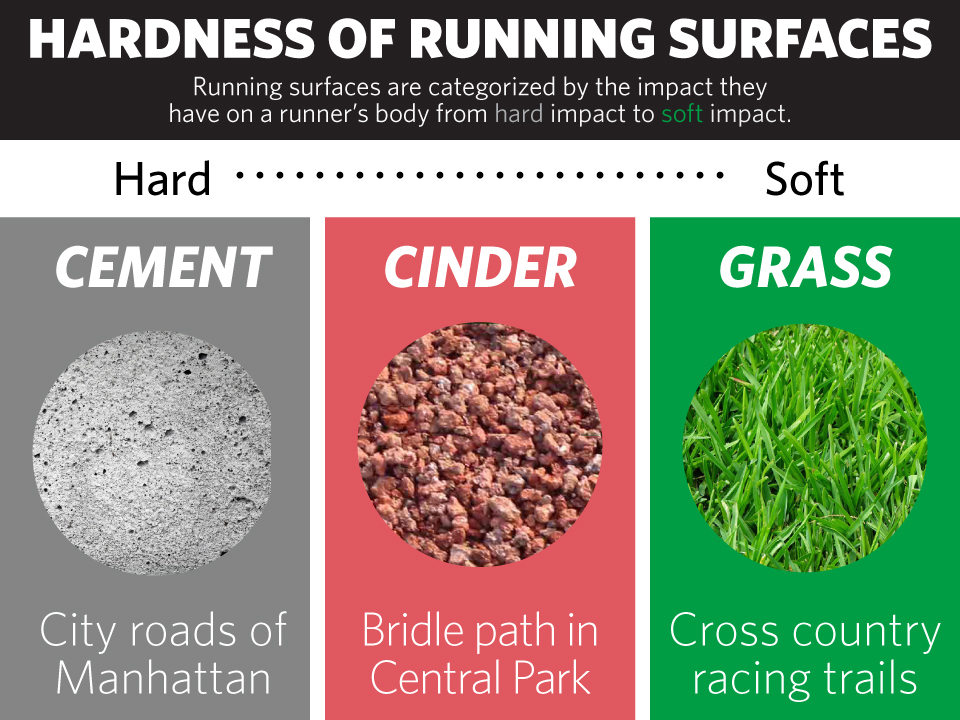 "There's no guarantee that softer surfaces keep you from getting hurt, but I think there's a direct link," Ireland said. "We tell our kids as often as [they] can to run on the soft surface."

The physical impact of running are highly individualistic, and for Rustami the physical challenge of practice in Central Park lies in transitioning between the hard surfaces she practices on and the soft trails she competes on.

"I'm just better on faster, harder terrain, [so] the racing is kind of like a shock to the system because we don't normally practice on grass," Rustami said.

Though the runners do inevitably run on pavement, Ireland emphasizes the diversity of paths at the runners' disposal. Central, Van Cortlandt, and Roosevelt Parks afford Columbia athletes a variety of practice terrain surfaces in order to make the necessary adjustments between training and racing.

"We couldn't be as successful as we are if we didn't have what we have," Ireland said. "If you're getting hurt because of the conditions you're training in [then] you're not going to be very good."