What you don't know about wrestling

What you don't know about wrestling 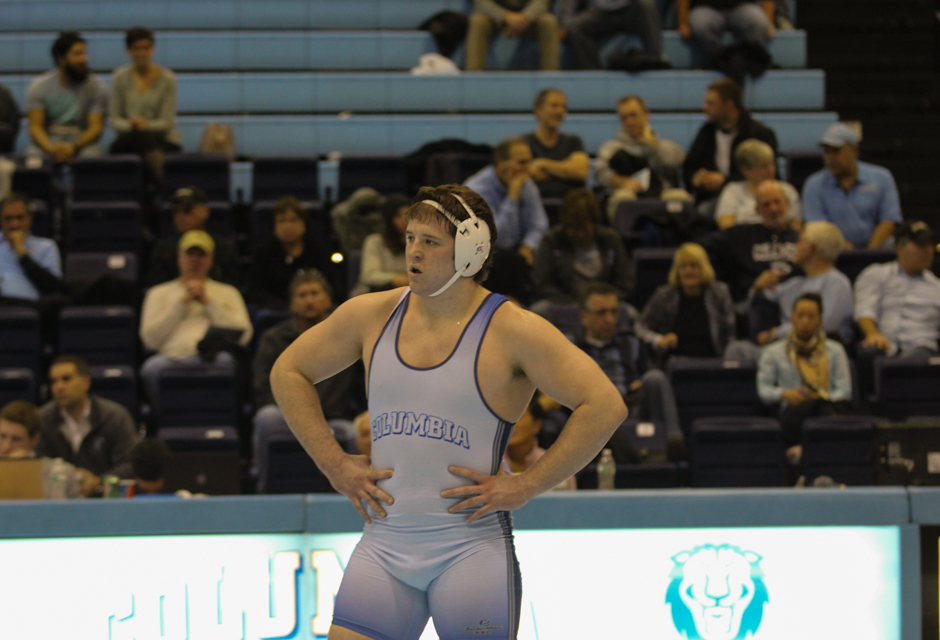 Junior Garrett Ryan is a recipient of two first team all-Ivy League designations, and will look to lead the Light Blue in the upcoming season.

My younger brother actually started wrestling before I did. When he was five, he went to the Sunkist Kids youth wrestling program for a month. I had watched some of his practices before, but did not start wrestling myself until a year later when I was 10. Up until that point, the only other sport I had played was baseball.

I never watched WWE when I was a kid; I mostly just loved fighting with my friends. We would finish baseball practice and all wrestle each other. I started having more fun wrestling after practice than playing baseball, so I told my dad I wanted to change sports. After one season, I was hooked. Since that season, I haven't played any other sports competitively.

I was an addict—you couldn't keep me off the mat. When I thought about playing another sport, I just thought of it as wasted time. I liked winning a lot, too. Once I got a taste of it, I just wanted more and more.

The average person's perception of wrestling likely consists of WWE Superstars and roughhousing with their childhood pals. But a wrestling match is like a game of cat and mouse. A wrestler needs to be able to counter the offensive maneuvers of an opponent and launch attacks of their own. Wrestling is a strategy-driven sport, with the vast majority of thinking and strategizing occurring before the whistle blows and the match starts.

Before a match, I like to know what my opponent's greatest offensive threat is and which leg he leads with in his stance. If my opponent has an unusual style I might go into the match with a different game plan, but this is all determined before a match. In the wrestling room, you spend a lot of time thinking about certain skillsets and developing them through repetition.

A wrestler's brain is a giant archive of "ifs" and "thens". If my opponent does this, then I do this. But overall, a wrestler reacts to his opponent instinctively. When I am in a match, I don't think, "Oh, it's time to do my snatch single-leg; let me step here and reach with my left arm."

The snatch single-leg is my go-to takedown. I have drilled that move at least 27,000 times in the practice room, so in competition it is completely instinctive. It is all based on feel. Pushing and pulling, creating pressure and releasing it. I can feel the exact moment when I know my attack will be effective by hand fighting with my opponent to try and create that window of scoring opportunity.

When I tell people I wrestle, a common response I usually get is, "Oh, I was friends with a wrestler in high school, and he used to do crazy things to lose weight." Weight cutting is a reality of the sport. To be competitive at the highest level, you need to be one of the bigger and stronger guys in your weight class, which entails losing 15-20 pounds to compete in a lower category.

But as a heavyweight, I have absolutely zero authority to comment on the matter of weight cutting. I weigh 270 pounds soaking wet with a full stomach. I have to eat a lot, or I start losing weight, which I need to maintain to be competitive. As a result, I am the only guy on the team who is actively trying to gain and maintain extra body weight.

What I can tell you is, when guys start cutting weight, they get grumpy. I have to shut up and sneakily eat my breakfast in the back of the bus on the way to any tournament. My understanding of common weight cutting practice is that in the weeks leading up to a competition, a wrestler reduces their caloric intake significantly. The day before the weigh-in, they will be anywhere from five to eight pounds over.

There is only one way to lose those last few pounds: You have to sweat it out. When a wrestler steps off the scale after a weigh-in, the only thing on his mind is drinking liquids in an insanely rapid manner.

So, what makes a good wrestler? Strength, athleticism, technique, and mental toughness are all crucial components. But, what makes a great wrestler? In collegiate wrestling, every opponent you face is a good wrestler. Any high-level match is a battle of wills. Winning a match is incredibly painful. Your body is begging for you to quit and lie down, and your mind is eager to give in to the body's request. Mental toughness is the only way to fight through this pain. Every coach in my career has said the phrase "the mind weakens before the body." As my wrestling career has progressed, I have found endless truth in this statement.

To be a great wrestler, you have to tap into the deepest reaches of your mind and find a way to keep going and make your opponent quit before you do. Let me reiterate that it really hurts.

I have felt myself cave into this pain and accept defeat, and I have felt my opponent's will to fight dissolve under the weight of my hands. Every wrestler wants to have their hand raised at the end of the match, but someone always wants it more.