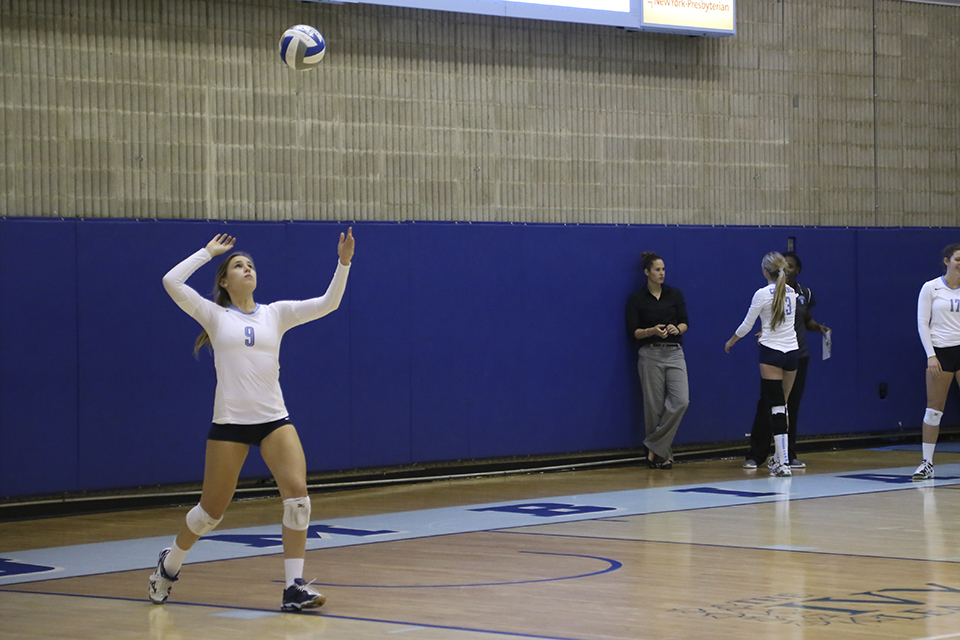 It wasn't until Cassie Wes's junior year that she began to dominate the stat sheet.

Two years earlier, she arrived on campus to a squad with some depth at the libero spot, reserved for a defensive specialist in volleyball. Junior Molly Winger and sophomore Sarah Collins, along with fellow first-year Sarah Gurbach, all could fill a similar role.

Wes split time with Winger as a first-year before taking a back seat to senior libero Charlee Dyroff in 2014. Although Dyroff had missed the entire 2013 season due to an injury, she returned to see a majority of the action on court, as Wes only played in 67 sets.

Despite the limited time, Wes reflected that the constant competition, along with the frustration of not starting, was beneficial in the long run.

"I think that time allowed me to gain a better perspective on what the team needed going into my junior and senior year," she said. "It was a really good learning experience and just allowed me to have the experience I needed under my belt."

The turning point for Wes came during the summer before her breakout junior year. Wes, along with the other liberos, began working with newly hired assistant coach Faimie Kingsley. After the first few sessions, Wes stood out.

"When I first got the chance to work with her, I saw how extremely hardworking she was and how she rallied to make everyone around her better," Kingsley said. "She really wanted to put herself in a good position to be where she is at today."

With the starting spot secured after that summer, Wes returned to campus for her junior season, where she first separated herself from her teammates—and later, from the rest of the Ivy League.

Fast forward two seasons, Wes now enters her final weekend as the reigning Ivy Defensive Player of the Year. In four seasons, she has totaled 1,223 digs—a statistic that tracks how often the libero prevents a spike from the opposing team. 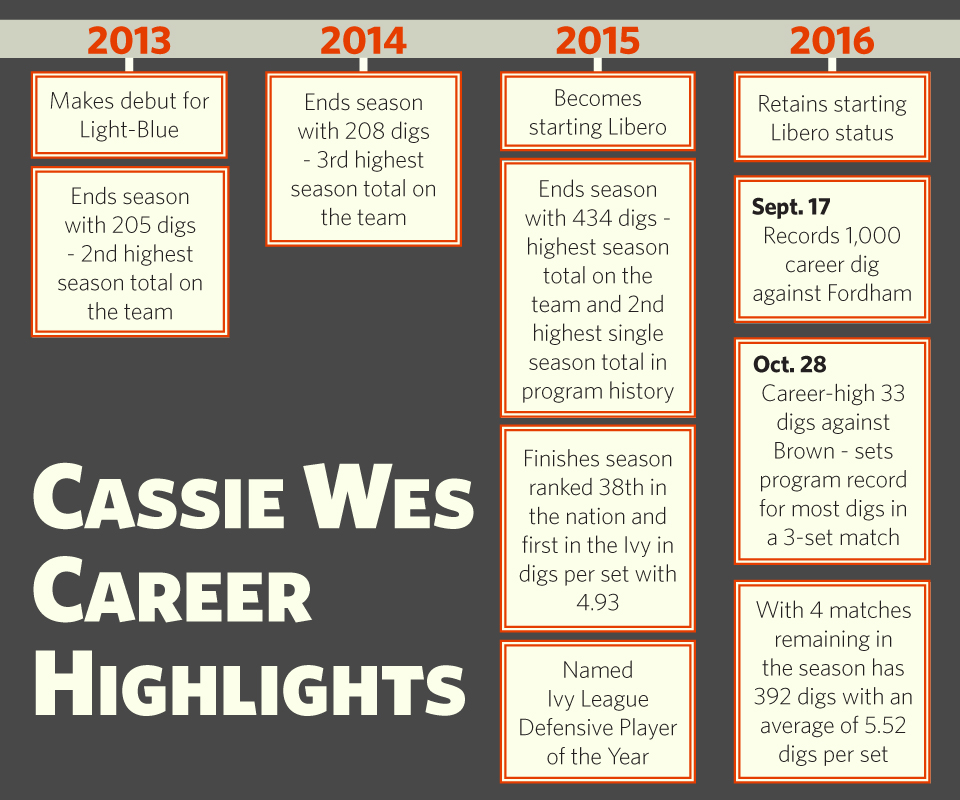 But Wes's impact extends beyond the box score: Even if an opponent block is successful, Wes has demonstrated the athleticism to keep the ball alive, allowing Columbia's hitters to be more aggressive when hitting in the block. On defense, opposing teams have frequently opted to hit around and away from Wes, but the Lions have more than capitalized, according to senior outside hitter Zoe Jacobs.

As a senior now, Wes is quick to put the accolades in perspective.

"I try not to think about titles and statistics too much," she said, "I just try [to] play every game as it happens while doing my best with the opportunities as they come. It was awesome getting that recognition, but I'm just happy to be playing."

After recording her 1,000th career dig on Sept. 17 against Fordham, Wes set a new career high with 31 digs against Cornell the following weekend—and she hasn't stopped there.

Just last weekend, she posted a new career-high and program record with 33 digs in a three-set match against Brown.

Ahead of the final two weekends of the year, Wes has at least 12 more sets of volleyball to continue rewriting the record books, with the single-season and career marks in her sight.