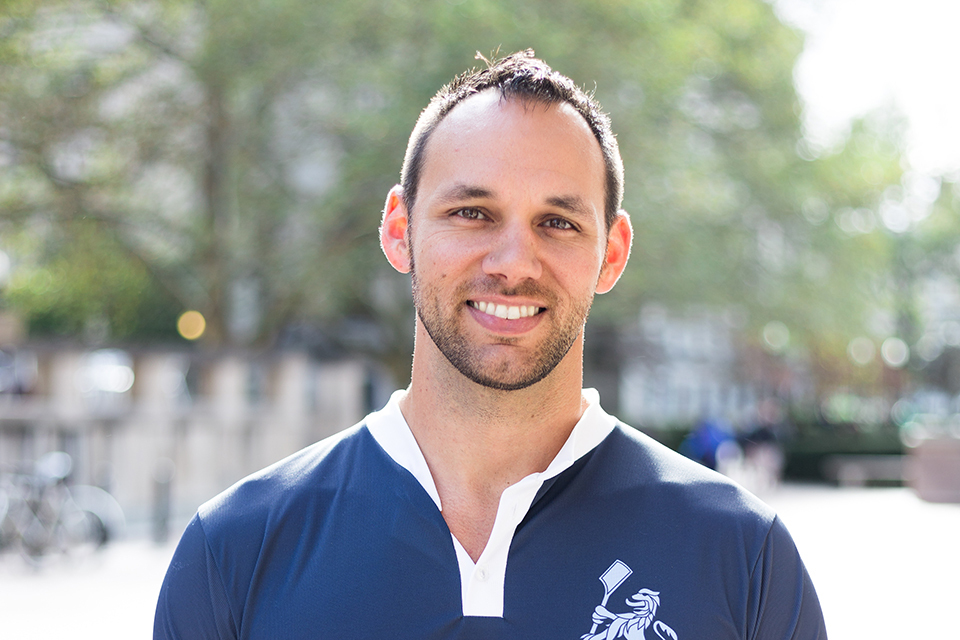 Nich Lee Parker helped guide the Columbia lightweights to its first-ever national title this past June.

Nich Lee Parker is not one to deliver motivational speeches before a race.

Instead, when Columbia's lightweight rowing team gathered in the boathouse before the Intercollegiate Rowing Association National Championships in June, Parker simply told his crew to make it happen.

Minutes later, the varsity eight began at a breakneck pace and didn't slow down for the 2,000-meter length of the course, finishing 2.4 seconds ahead of heavy favorites Yale for the Light Blue's first-ever lightweight national title.

But according to the program's recent history, the Lions' first crew championship since 1929 capped a steady rise to the top. Columbia was ranked No. 2 for almost all of last spring. In 2015, the Light Blue placed second at the IRAs after taking third in both 2013 and 2014.

That 2013 race marked the end of Scott Alwin's tenure as lightweight coach—he's now the head coach of the heavyweight team and the director of the rowing program—which opened the door for Parker.

Parker had been the assistant coach for the lightweights, and once he had the opportunity to become head coach, he sought to transform the program with a three-pronged approach: more individualized practices, simplified rules, and increased training effort.

From that point forward, individual training has become a large component of a rower's schedule.

The team works together four times a week, but the athletes are encouraged, and effectively required, to build their own training plan with the guidance of Parker and former assistant coach Jesse Foglia. This personalized structure also allows rowers to focus on what they most need to improve.

Parker also re-examined the rules governing team conduct, pushing the onus onto the rowers to be responsible for themselves and teammates both in and out of the boat.

He even instructed the team to jog, rather than walk, from the bus to the dock and back. The small change saved hours over the course of the season, maximizing time on the water and outside of practice.

For William Solberg, CC '16 and a rower in the championship Varsity Eight, these small changes amounted to a team-wide shift in training—one that allowed rowers to, in his words, push their own limits. The focus on individualized training, Solberg thought, was a significant factor in the team's success.

"For that kind of set-up to work, you need guys that are highly self-motivated, that are gonna hold themselves accountable," Solberg said. "And the program and the coaching gives us the flexibility and the opportunity, I would say, to push your own limits in terms of doing extra work."

Parker's new mode of training is also a far cry from how the team operated in the past—not just five or 10 years ago, but 20 or 30 years ago. Jim Weinstein, CC '84 and Business '88, said that in his days as an oarsman, the team practiced once a day for three to three and a half hours, rowing down the Harlem River to Yankee Stadium before turning around.

Today's crew, Weinstein said, has bought into a "ridiculous amount of training"—even beyond team practices. Every day, the rowers will do an erg (a session on the rowing machines) on their own. Some will practice on the RowPerfect machines, which collect data on the rower's stroke and other metrics that athletes send to Parker and his staff, who look it over and give feedback.

It all adds up to a rather avant-garde approach, but, then again, Parker's road to the collegiate coaching ranks was an unconventional one.

He walked on to the Ohio State rowing team, and, on a whim, he and a friend decided as seniors to get into coaching. He snuck into a coaches' conference, pretending to have already graduated.

Pretty soon, he was hooked on the idea of coaching as a career.

Parker eventually graduated and took on a coaching fellowship at Purdue while studying for a Masters in Sports Pedagogy and Administration. He then became a second assistant to the Yale heavyweight team, where he learned the ins and outs of Ivy League rowing. After a few years in New Haven, Parker joined Alwin's staff at Columbia in 2011.

And when Alwin shifted to coach the heavyweight team, Parker took over the lightweights.

But it was even before then that Parker sold recruits such as senior co-captain David Mottola on coming to Columbia with a standard—albeit notable—sales pitch. Mottola remembers Parker telling him that rowers should come to Columbia to "write your own history."

This year's seniors are the first class recruited entirely by Parker. He looks for rowers who aren't necessarily the most physiologically gifted, but rather those who display a constant hunger to be their best.

That competitive spirit has become a hallmark of the program, according to Parker, who has continued to set the example for the lightweights. Parker is currently studying at Teachers College for a Masters of Education to gain even more insight into motor learning and biomechanics.

He's even brought in physiologists, sports psychiatrists, and others whom he thinks can help the program.

"I think he tries to bring in people that he works well with...he's applying a team approach to the role of coaching," Solberg said.

Even the alumni have taken a bigger role within the program, according to Weinstein. He noted that alumni donations helped Parker replace the entire lightweight fleet.

So, while Parker highlighted that the program still has its challenges, he sounded content with the progress in the past handful of years. After all, it's only been six years since Columbia wasn't competing in the IRA championship at all.

But behind a culture shift, an emphasis on individual training, and genuine care for each member of the crew, Parker has built what he sought to create from the beginning: a committed, hungry team focused on the championship.

A previous version of this article included inaccurate quotations from William Solberg. This has been updated.