How women's golf raised the bar to historic heights

How women's golf raised the bar to historic heights 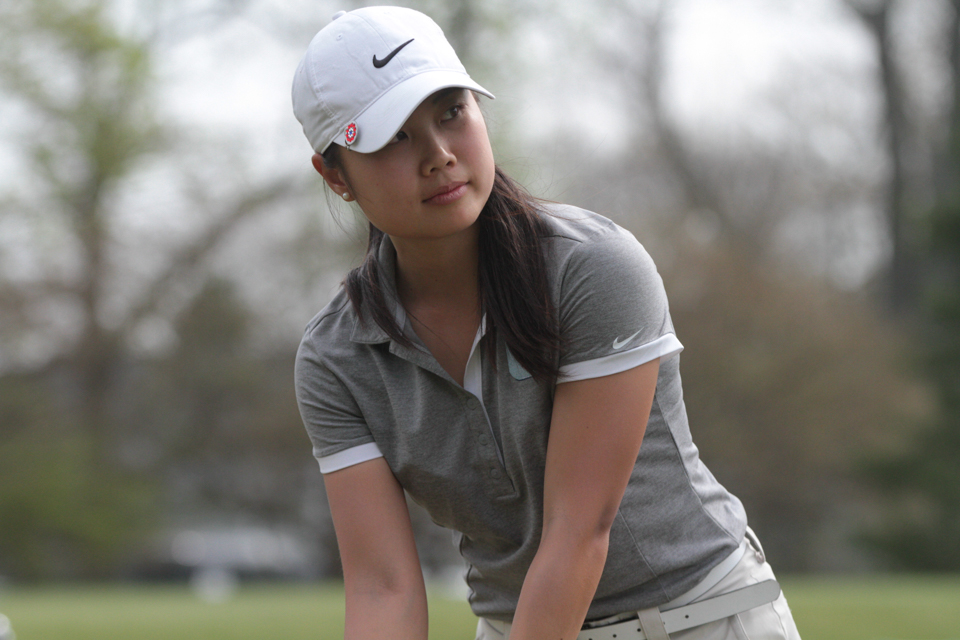 Any other year, a 10th place finish at the highly competitive Cardinal Cup wouldn't have been scrutinized. But for a women's golf team that earned two victories and a second-place finish in its first three tournaments of the fall, the most recent result left something to be desired.

"The field was much harder than the first three tournaments that we played in," senior co-captain Jackie Chulya said. "But I feel like it's a little bit of a letdown because we knew that we could do so much better."

Prior to that event, the Lions had been on a tear. After a runner-up finish at the Nittany Lion invitational in late September, Columbia took home silverware at the Princeton Invitational and Yale Intercollegiate.

That three-tournament stretch was the second-best in program history—just behind the 2013-2014 team's three consecutive victories in the spring of Chulya's rookie season. In general, this fall, Columbia has managed to set new records for scoring average and program ranking despite facing stronger competition. 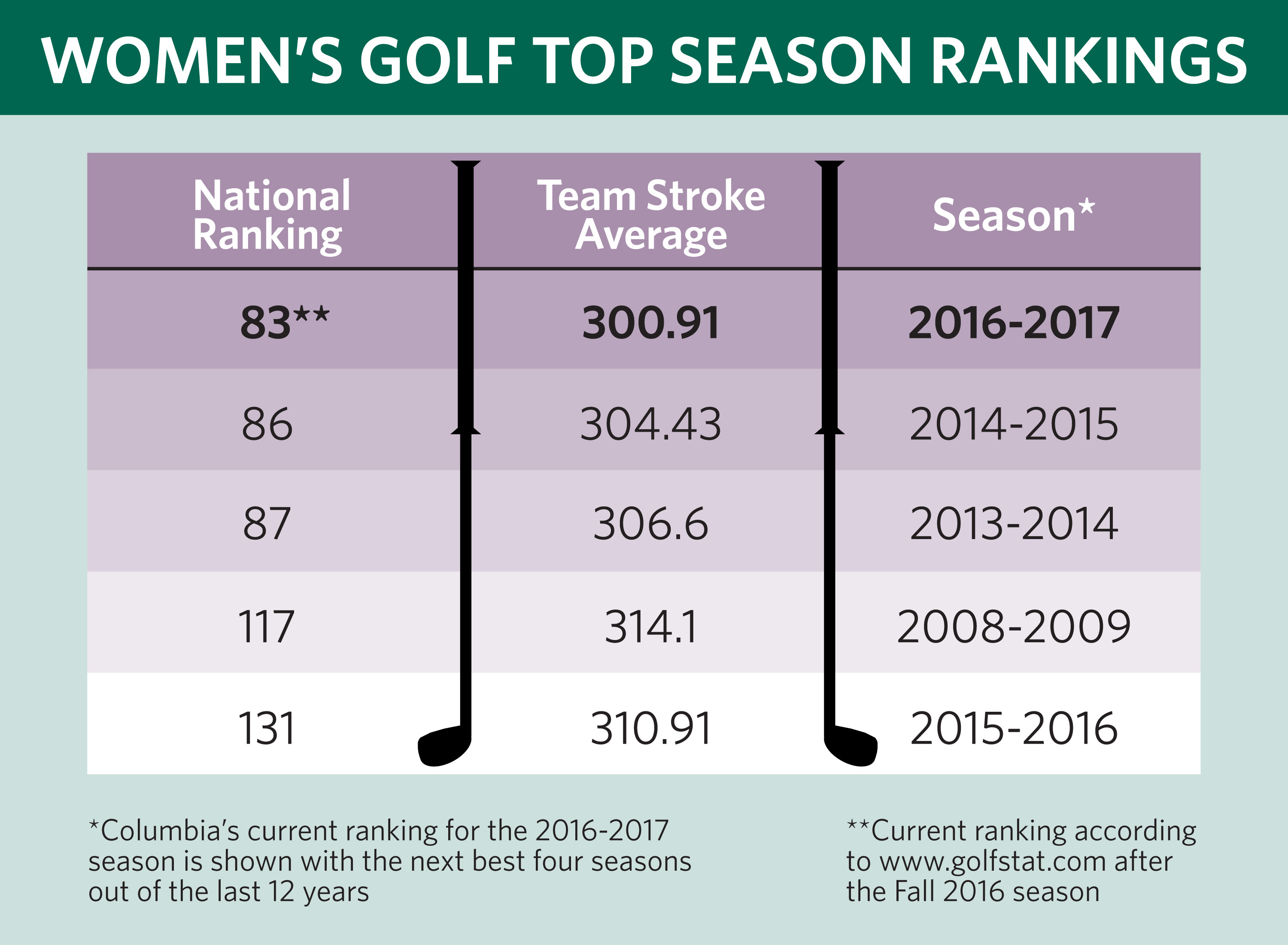 Former head coach Kari Williams began to sow the seeds for the recent success back in 2006. She had joined the program as an assistant coach and capitalized on being in close office proximity to then-football head coach Norries Wilson.

The two coaches soon became friends, and Wilson introduced Williams to football and golf alumni interested in helping a program that had just won an "unexpected" Ivy League title in 2006-2007. According to Williams, the ensuing alumni contributions in time and money helped open doors for the players and the program as a whole.

"When I first arrived, the budget wasn't very big," Williams said. "We started with the bare basics [when I joined]. By the time I left, they were driving around in a Mercedes Sprinter van, making trips to Hawaii and California over spring break, and winning tournaments."

Beyond the new, higher-quality amenities, Williams also took advantage of those alumni donations on the recruiting trail. Especially at the beginning of her tenure, Williams said not many people knew about the women's golf program. But over the following eight years, Williams noted that the "recruiting reach got larger and wider", with Thailand native Chulya headlining a new group of talented international players.

Though Williams left in 2014, current head coach Amy Weeks has continued that same approach, having brought in first-years Ridhima Dilawari and Emily Chu from India and Canada, respectively, this year.

Dilawari in particular has shined, with a pair of top-10 finishes in four starts, including a fifth-place finish in Yale Intercollegiate. Chu hasn't been as consistent, but she posted the best third-round score with a 71 in the season-opening tournament in Pennsylvania. 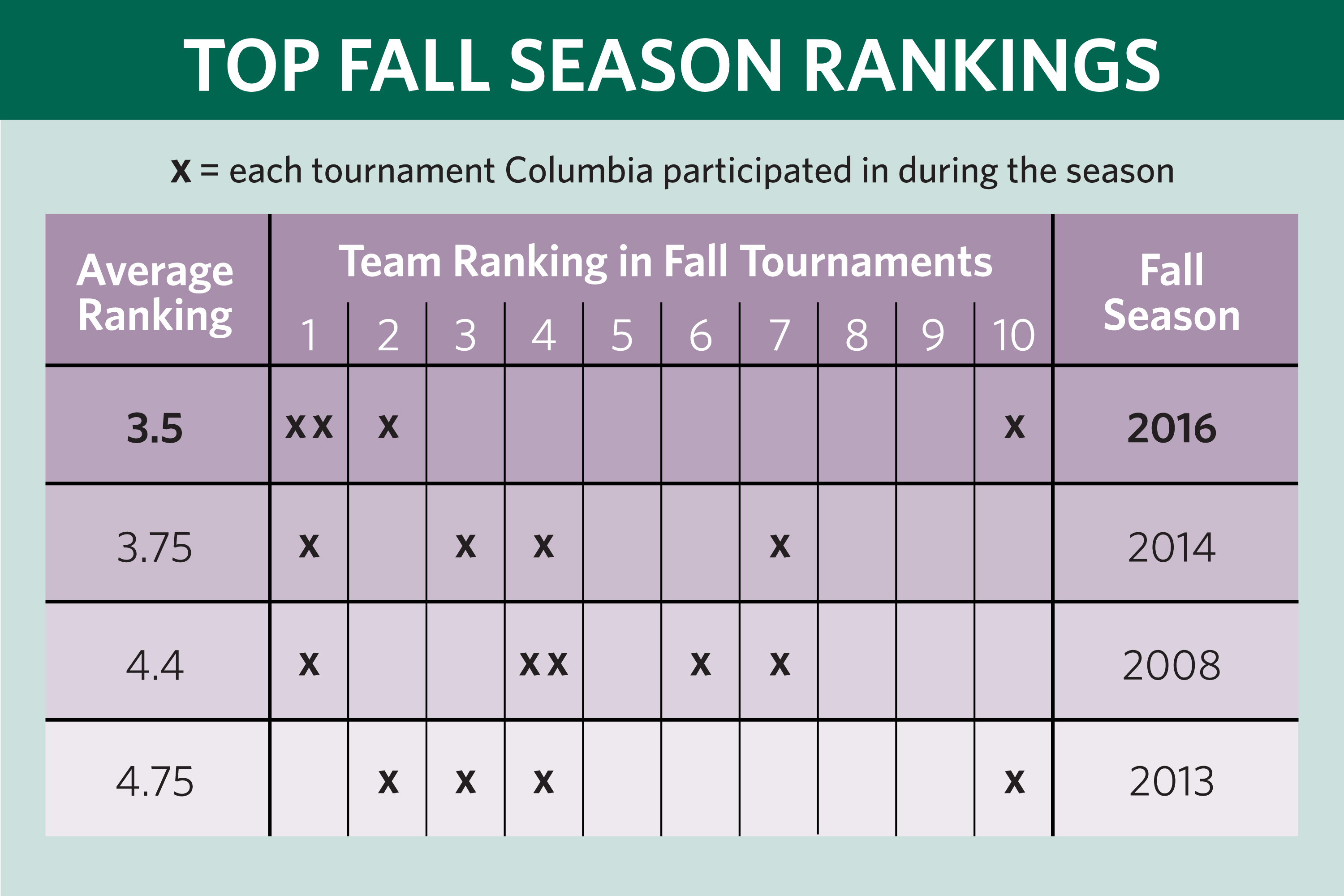 And yet, despite the success of Williams' and Weeks' former recruits, capturing an Ivy title in the spring is still no guarantee.

"The Ivy League championships is just one tournament itself," said Sara Ovadia, CC '09 and the individual Ivy League golf champion in 2006-2007. "It's really good to have wins, but it doesn't always guarantee success at the championship. I think their talent has gotten a lot deeper, but I think the whole league has at the same time."

And though the Lions finishes have improved this season relative to years past, Chulya said the team is focused on the process, rather than the result.

"Just staying in the present helps us in the moment more than focusing on the end result," Chulya said.

That attitude has helped lift the program to new heights—the dreams of the once small-time program have grown from an Ivy title to a regional victory and a spot in the NCAA National Championships.