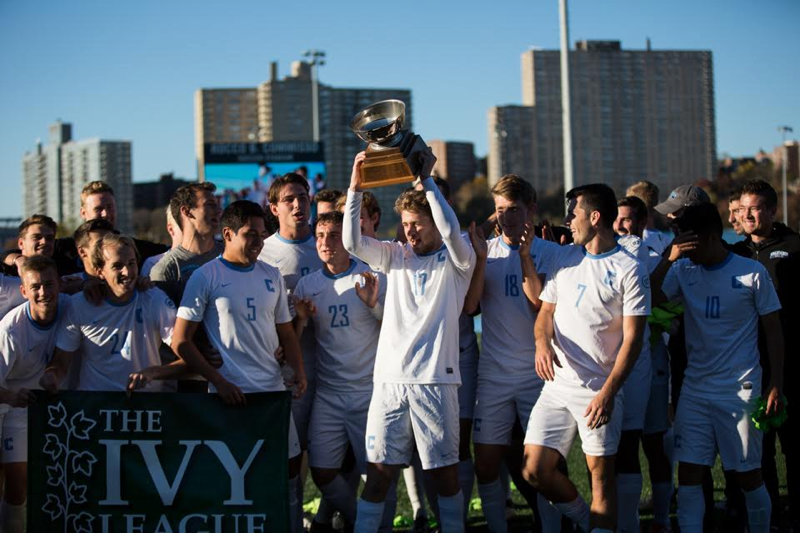 It only took men's soccer 90 minutes to do something it hasn't done in 23 years—capture an elusive Ivy League Championship.

The day's offense was almost entirely paced by the efforts of junior co-captain Arthur Bosua. The forward netted a hat trick and added an assist in the win, ending his junior season with a team-high eight goals.

"I have the easiest job on the field—I just have to put the ball in the back of the net," Bosua said. "Those guys set me up great." 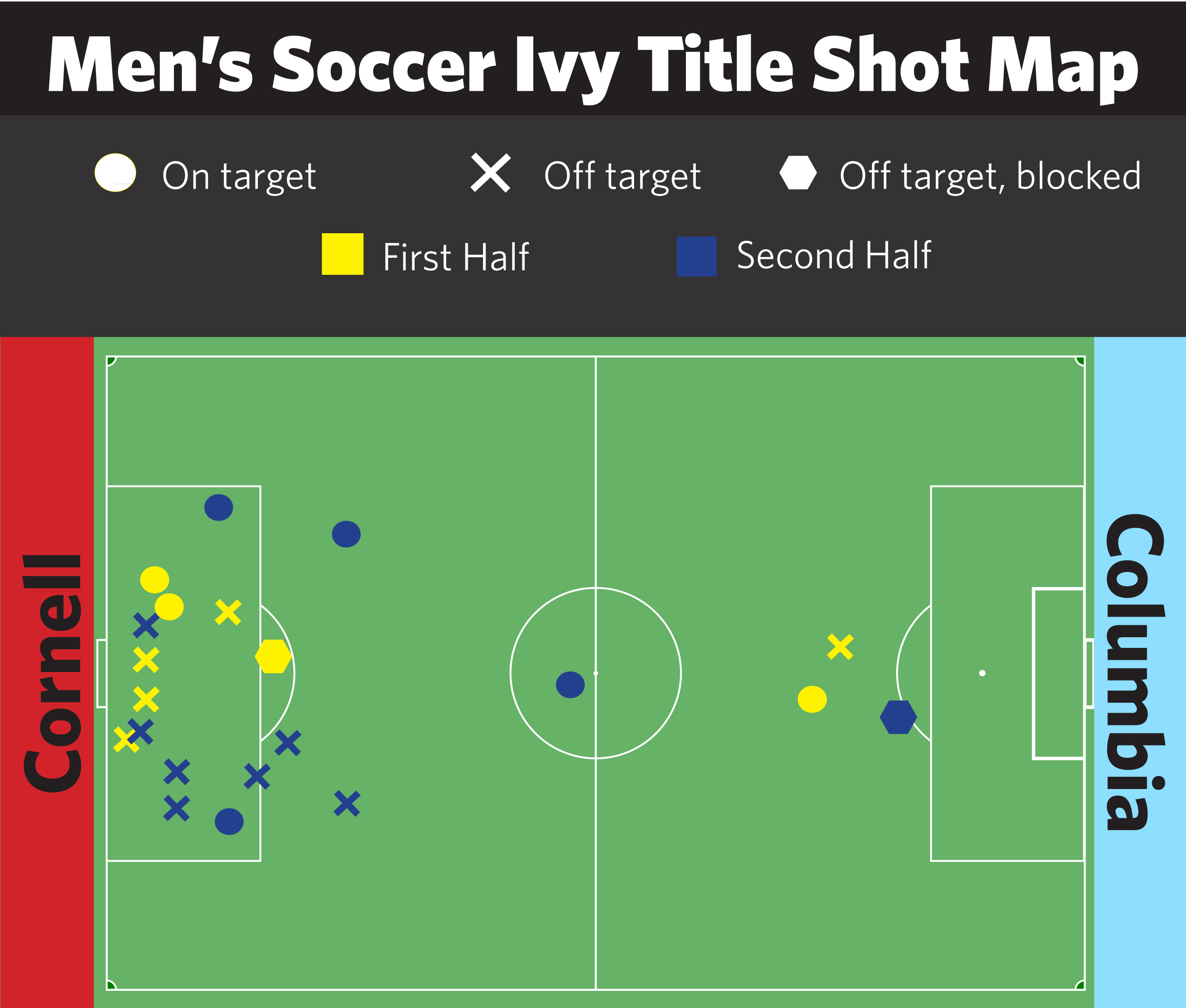 Castanheira moved to the top of the pecking order midway through the season and has secured his spot with consistent results ever since. The sophomore has seven clean sheets and nine wins out of 10 games playing between the posts this season.

"Honestly, I just haven't had much to do," Castanheira said, after only needing to make one save against Cornell. "I owe it all to the guys in front of me. I mean, defensively we've been superb this year."

Now the team must wait to find out if its 13-3-1 season is strong enough in the eyes of the NCAA tournament committee for the team to be awarded an at-large bid to the 2016 tournament.

Co-Ivy champion Dartmouth received the conference's automatic bid by virtue of beating the Light Blue during the Ivy League tiebreaker to determine the league's tournament representative.

Here were the match highlights:

5th minute: First cross of the game came from Cornell and was caught by Lion's keeper, sophomore Dylan Castanheira, who played it up the field.

12th minute: Columbia gained control of the match as it sent in another cross, but the shot sailed out of bounds for a goal kick.

14th minute: CHANCE: Bosua got in the way of the Big Red goalie's clearance. The ball was rolling towards the goal, but the keeper just managed to reach it.

16th minute: Another Cornell cross caught by Castanheira. It didn't seem like the Big Red offense was as coordinated as usual.

21th minute: CHANCE: Senior Rhys Williams shot off-target for Columbia and hit the side of the net. The deflection got the Light Blue its fourth corner of the match.

33rd minute: CHANCE: Cornell. Columbia committed a foul in its defensive third. The Big Red lined up for a free kick about 30 yards out. Cornell's Duff Bedrosian took the shot, but it was too wide. The Big Red continued to look for its first shot on-target.

38th minute: Another Columbia cross, caught by the Big Red keeper. Much of the Light Blue's offense had been coming from the wings.

43rd minute: Bosua just managed to get a shot off, but it was blocked for Columbia's eighth corner of the match.

55th minute: Cornell got its first corner kick of the match on a counter attack.

56th minute: GOAL! Columbia 2-0 Cornell. Bosua, assisted by Williams. Williams crossed the ball in the air for Bosua to sink his second header of the day across the goal and out of reach of the keeper.

57th minute: GOAL! Columbia 3-0 Cornell. Denis, assisted by Bosua by curling a rocket around the goalie and into the upper right-hand corner from just outside the 18-yard box.

58th minute: A left-footed shot from Denis was blocked by the Big Red keeper. Bosua shot the rebound, but the keeper managed to save that one as well.

61st minute: A through ball from Columbia overhit. The Cornell keeper picked it up easily, but the Lions did not leave off whatsoever. 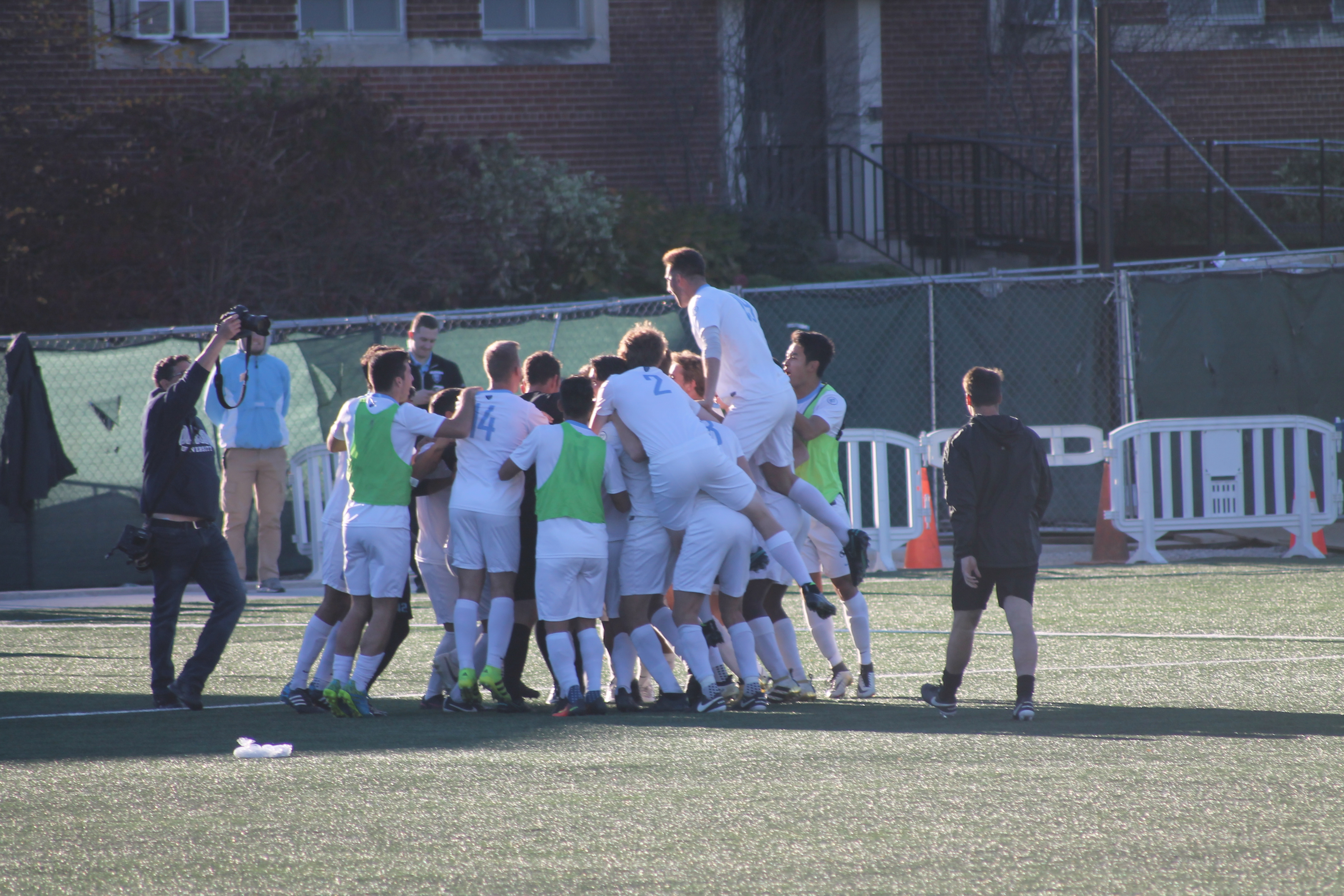 76th minute: Cornell sent a long cross into the box, but it was caught by Columbia's keeper, Castanheira, who calmly came off his line.

80th minute: Leading 4-0, the Light Blue prepared to put its seniors on for their final season match on a day on which they were just 10 minutes away from clinching their share of the Ivy League title. 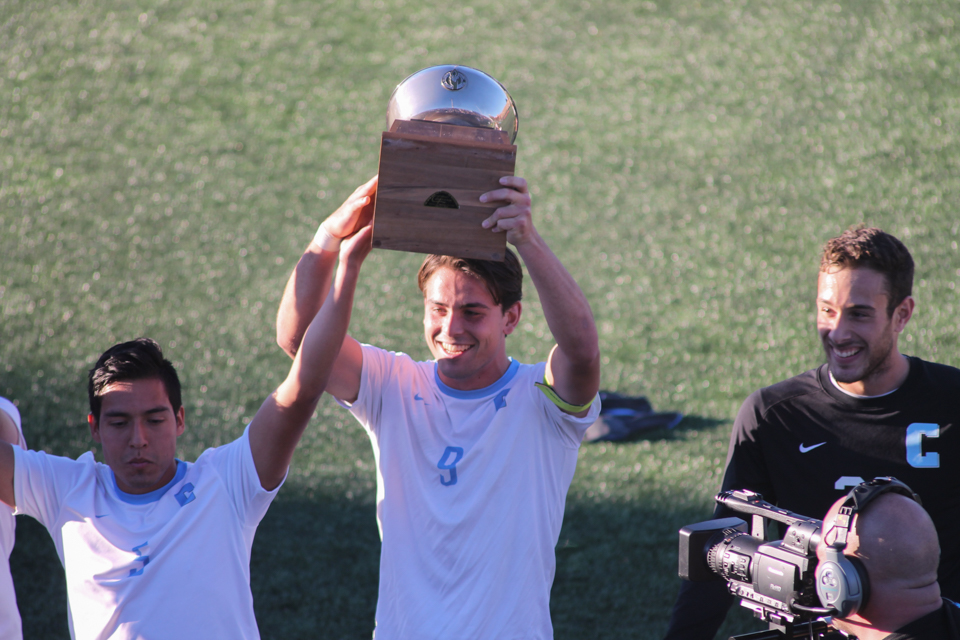 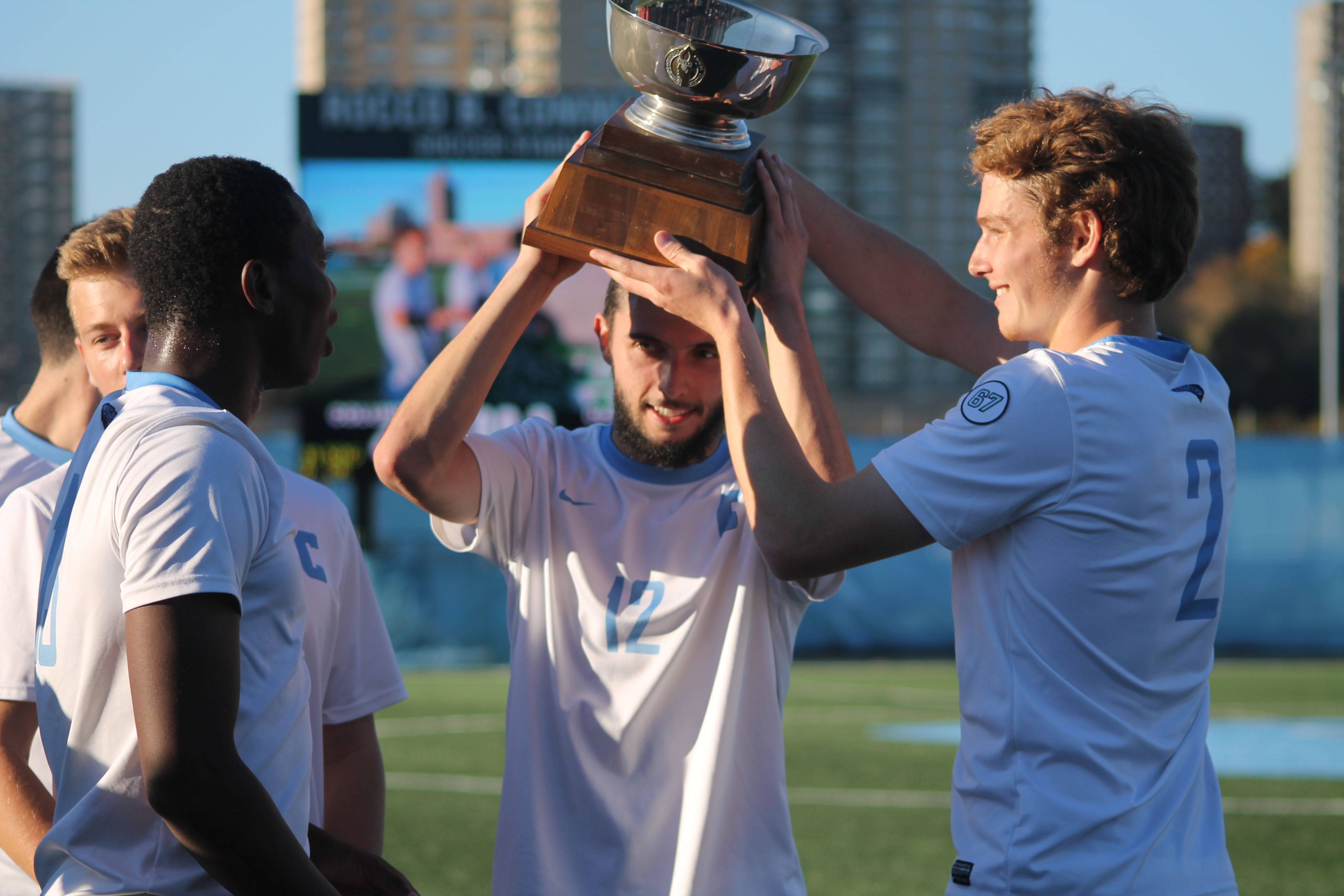