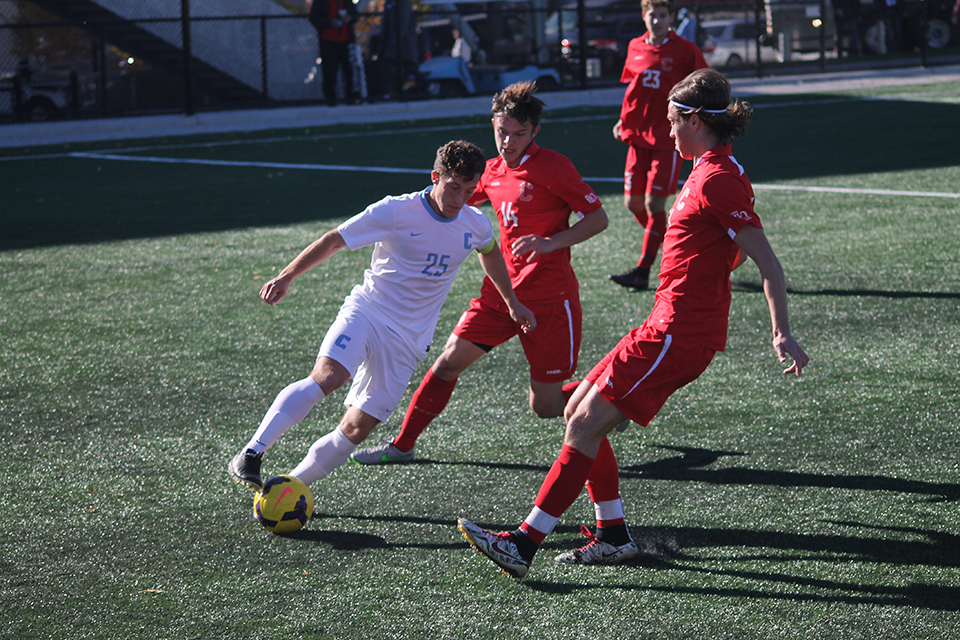 Senior Andrew Tinari could soon play in the MLS, as Minnesota United FC offered him a spot in preseason training camp.

Minnesota United, the newest team to enter MLS competition as of 2017, extended the invitation to Tinar this past weekend. After Tinari's illustrious four years in Morningside Heights—he earned three first-team all-Ivy selections and helped lead the team to a co-Ivy League Championship this past season—head coach Kevin Anderson was not surprised by Minnesota's offer to the three-time All-Ivy League player.

Tinari will have an opportunity to prove his ball command and decision-making skills to Minnesota before the season opens on March 3, with hopes of making the final roster. In MLS, many players, like Tinari, go into preseason with no guarantee of a contract.

"He is going to have to perform at the level that he did for us this season there," Anderson said. "And if he can do that, then I like his chances."

Should Tinari receive a contract offer, he will follow in the steps of former Lions David Najem, CC '14 and Antonio Matarazzo, CC '16. Najem, signed for the New York Red Bulls II in 2016 after playing professionally in Germany. Matarazzo was drafted by Orlando City SC in the second round of the 2016 SuperDraft and currently plays for Orlando City B.

Anderson also noted that senior Rhys Williams could also make his way into the MLS in the coming weeks. If Williams makes a roster, he'll be the Lions' fourth player sent to America's highest league in three years.

Tinari, who flew to Minnesota this week, will leave the Lions having helped them win their first Ivy League title since 1993, a team spotlight that certainly helped propel his own MLS ambitions.

"I think coaches want players who know how to win," Anderson said. "And our team has shown…that Andrew Tinari knows how to win."