In first year, Mike Smith is light-years ahead

In first year, Mike Smith is light-years ahead 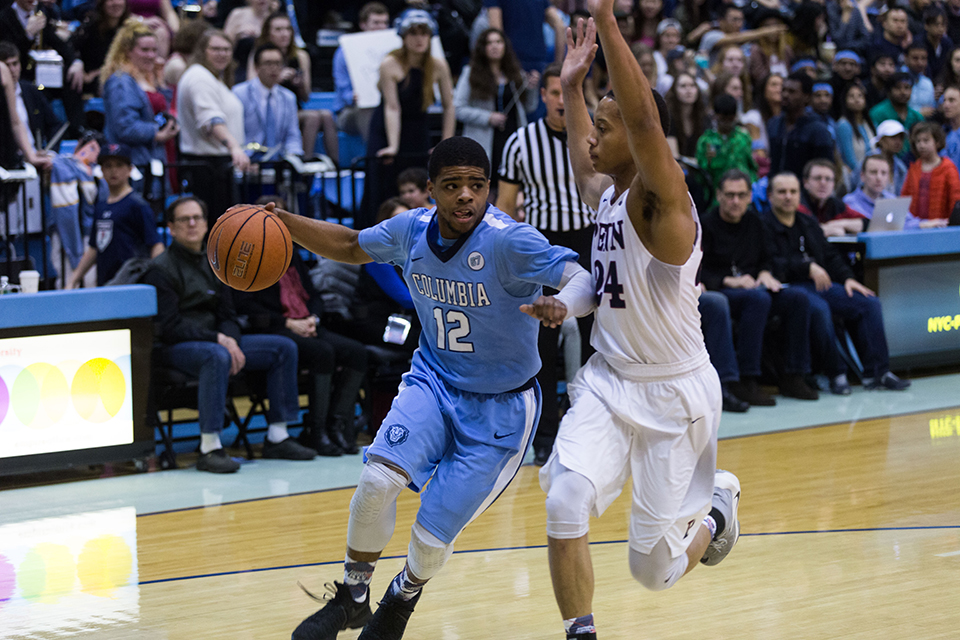 First-year guard Mike Smith averages 13.6 points per game, and has taken on a leadership role on the court.

Then a senior in high school, first-year guard Mike Smith was vacationing on the sunny beaches of Marco Island, Florida, when a friend’s sister texted him something potentially life-altering.

Kyle Smith, who the younger Smith expected to be his future college coach at Columbia, was leaving for the University of San Francisco.

Thinking Columbia was no longer an option, Smith reopened his recruitment to explore the increased interest he was receiving from high-major programs like Vanderbilt, South Carolina, and Minnesota. But the Lions’ new hire, Jim Engles, reached out to Smith just days into his tenure to make a final pitch.

Because of that call, men’s basketball now has its floor general in Mike Smith. Having started every game thus far, he’s second on the team in scoring, first in assists, and has been called upon to take some of the team’s most important shots throughout the season. And, standing at 5-foot-11—a height that junior guard Nate Hickman called “generous”—he’s only a first-year. 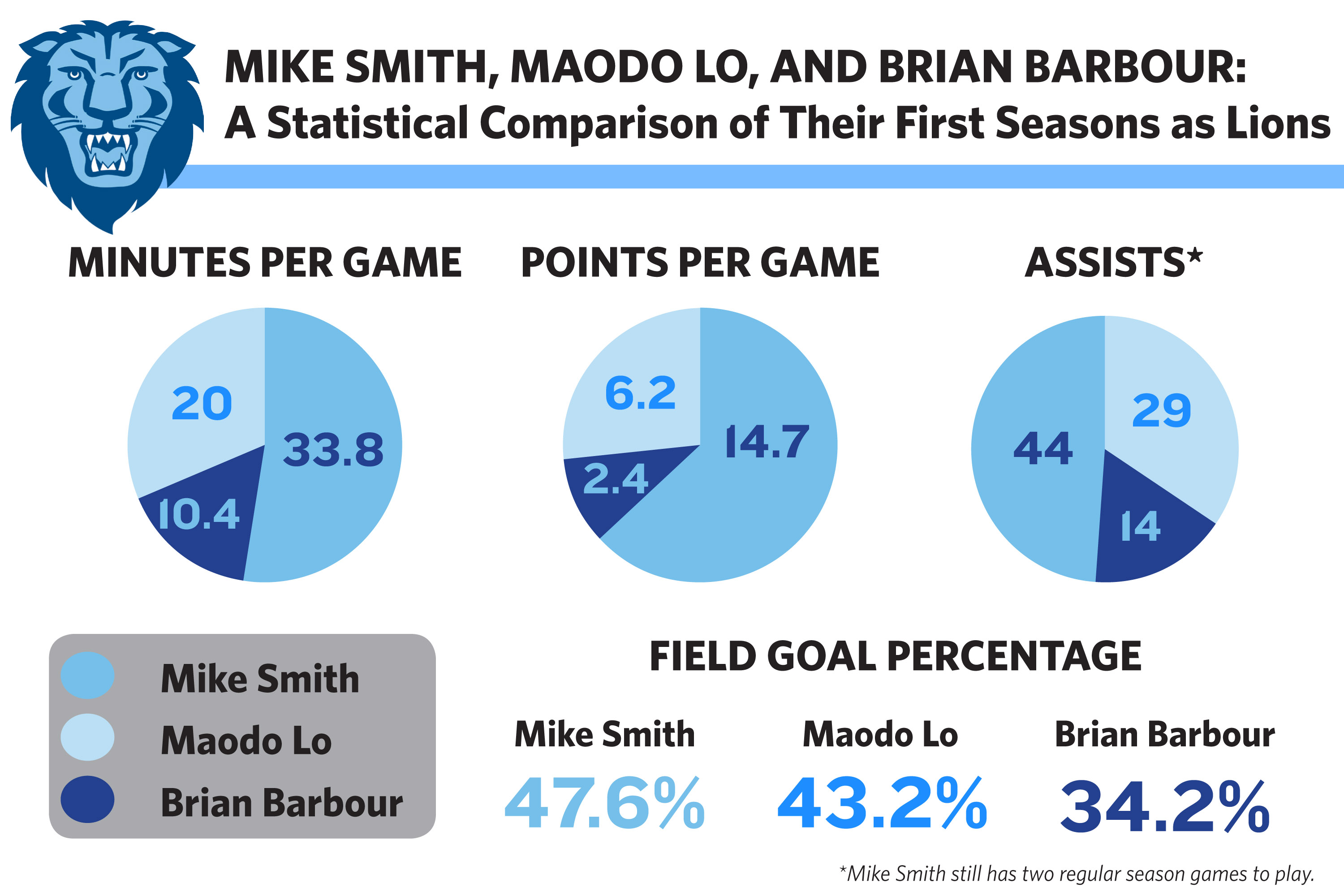 When Smith arrived at Columbia for summer workouts, however, things didn’t start as smoothly. The first time playing with many of his new teammates, Smith was picked dead last. Moreover, during the first few weeks of practice, Smith ran with the third team. These realities as a first-year were originally challenging for Smith, someone who was accustomed to being in the spotlight.

“It’s tough,” Smith said. “You have seniors that have been here for four years waiting for their chance. And then you have a little freshman coming in here that’s really small and thinks that he knows everything. It humbled me.”

But the Burr Ridge, Illinois, native had plenty of reason to come in confident given his illustrious pre-college career.

A four-year varsity starter for Fenwick High School in Oak Park, Illinois, Smith led Fenwick to a Catholic League Championship in his senior year, an unprecedented victory over national powerhouse Simeon Career Academy, and was a runner-up for the Illinois Mr. Basketball award. Despite some early disagreements with his high school coach Rick Malnati, the two would eventually develop a close relationship, on and off the court, which was largely responsible for the program’s success.

“Our relationship started off a little bit rocky, because I came in after his freshman year in high school, and he had a pretty successful freshman year, and I wasn’t envisioning him being a leader on the team for three years,” Malnati said. “I think our relationship has just grown because he learned to trust me and I learned to trust him. Mickey was our coach on the floor. I became a big fan of his throughout his career.”

Malnati has continued to follow Smith during his first college campaign. In fact, Smith messaged Malnati after the Lions’ most recent victory in a pivotal matchup against Penn last weekend to show off his game-winning stepback three, a shot that Malnati would rarely let him take.

“I think he’s learned how to win, how to make other people better,” Malnati said. “He’s got that quarterback personality, a charismatic kind of feel about himself. Everybody remembers the first time they meet Mike Smith, because that’s the kind of kid he is.”

And the guard’s first game was also one to remember. When the season opener at Stony Brook rolled around, none other than Smith strolled out to center court at the starting point guard position, and capped a 14-point effort with a game-sealing triple in the final moments of the game.

Smith has stepped up in seemingly every big game all year long. When Columbia traveled to Coral Gables, Florida, to take on AP-ranked Miami, Smith had an impressive outing against bigger, ACC-caliber guards. And against Seton Hall, a Big East squad competing for an NCAA tournament berth, Smith tallied a career-high 23 points.

Some of Smith’s confidence in big moments stems from an unexpected friendship that he’s developed with NBA All-Star Jimmy Butler of his hometown Chicago Bulls. Nike Jordan sponsored Smith’s high school team, which allowed him to meet Butler at a jersey unveiling event. Ever since, they’ve worked out together and stayed in touch when possible.

Butler isn’t Smith’s only Chicago connection. He played his AAU ball for Team Rose, a program run by Derrick Rose’s brother. His high-level play on the summer circuit, coupled with a big-time 37-point outing against Simeon Career Academy, largely contributed to the skyrocketing of his recruiting stock near the end of his high school career. Smith’s AAU coach, Jerrel Oliver, thinks his maturity and quickness helped him overcome being an undersized guard.

Based on the “it” he’s displayed to this point, it’s reasonable to expect even bigger things from the young Lion in the future—both near and distant.