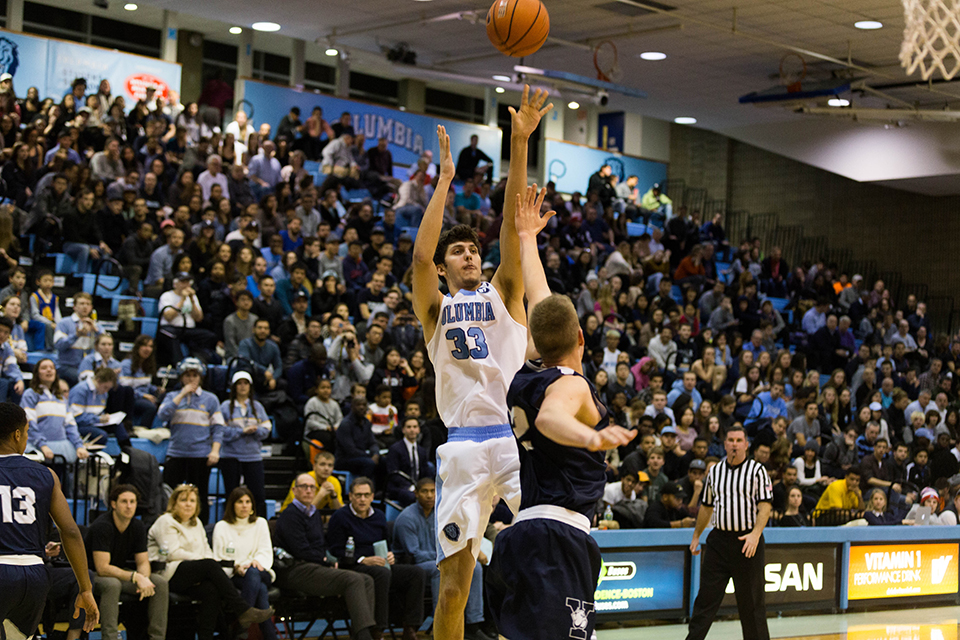 He is the first Columbia player to make an NBA team’s training camp roster since Sean Couch, CC ’87, who was selected by the Indiana Pacers in the third round of the 1987 NBA draft.

The East Northport, New York native received second-team All-Ivy honors his senior year after averaging 15.1 points, 5.6 rebounds, and two assists per contest. He led the team in scoring and was second in rebounding, only behind current junior forward Lukas Meisner. Petrasek played significant minutes all four years of his Light Blue career and developed into one of the program’s biggest leaders, both on and off the court.

In Petrasek’s 115 games played at Columbia—the third most in program history—he started 78 contests, including all 27 games played in his senior season.

Standing at 6 foot 10 and weighing in at 230 pounds, Petrasek doesn’t boast the usual build of an NBA big man, but his outside shooting ability and agility for his size could help him transition into a versatile forward at the next level.

Petrasek is among the 20 players listed on the Hornets’ training camp roster, and figures to see playing time throughout the Hornets’ preseason. While it is unlikely that he will make the final 15-man roster, he could see significant time for the Hornets’ G-League affiliate, the Greensboro Swarm.

The Lions’ head coach Jim Engles, who coached Petrasek for just one season, commended Petrasek’s impressive catalog of contributions to the Light Blue over his time at Columbia.

“It goes without saying that the whole staff and I are really excited about this opportunity for Luke,” Engles said. “He’s a great person who has worked really hard to get to this point, and I’m very happy that it’s paid off. We’re all hoping he has a great camp and can’t wait to watch him suit up for the Hornets in the preseason.”

The Hornets’ training camp begins next week and will give Petrasek a chance to push to make the final 15-man roster. His first game is scheduled for Monday, Oct. 2 in Boston against the Celtics.