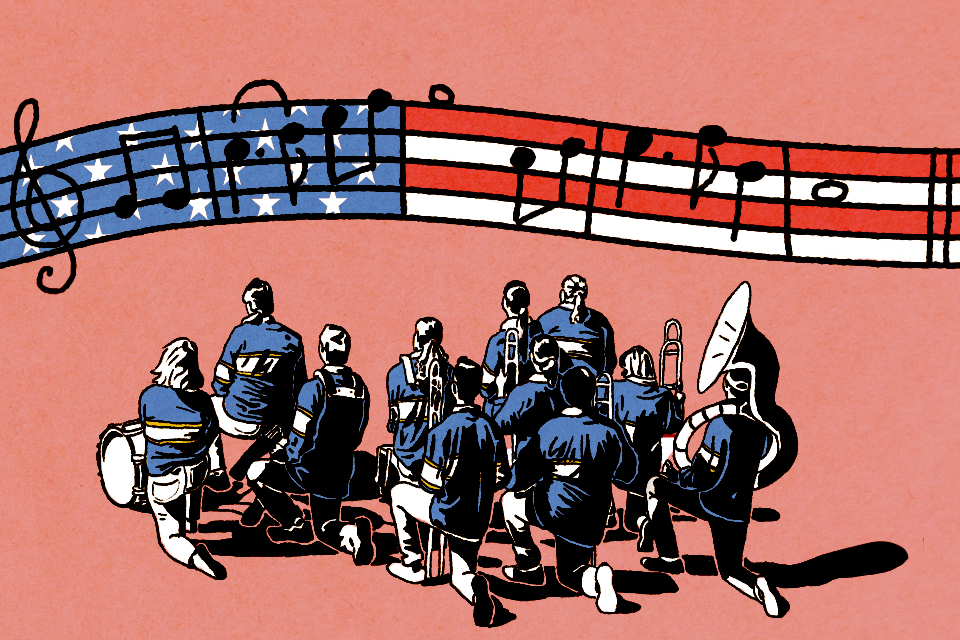 Shortly before football’s 28-24 victory over Princeton, several Columbia University Marching Band members kneeled as the national anthem played, in line with a number of similar protests sparked by athletes across the country.

The football team, remaining in the locker room, per college football custom, was unaware of the protest, but head coach Al Bagnoli told Spectator on Wednesday he disagreed with the form of protest.

“That [the protest] is something I don’t agree with,” he said. “It’s going to be an issue that’s in the public eye, and at some point it’s going to have to get rectified.”

The movement was largely popularized by then-San Francisco 49ers quarterback Colin Kaepernick, who controversially decided not to stand for the anthem just over a year ago. After President Donald Trump called for the “firing” of players who kneeled, describing them as “sons of bitches who should be taken off the field,” a week ago, athletes across various sports have begun to protest in similar fashion.

The movement has also taken hold among sports teams at some college campuses, such as UCLA’s women’s soccer team and the University of New Mexico’s football team. But as of this month, no Columbia athlete has done so.

When asked to comment on the possibility of a Columbia football player taking a knee, Bagnoli said he had not considered that outcome.

Head Manager of the Marching Band Liz Pudel, BC ’18, was among the members who kneeled. Pudel said that while multiple members of the band took a knee, each member acted individually with differing intentions.

Pudel also noted that Kaepernick’s actions prompted a discussion within the band, which traditionally attends nearly every football and basketball game each year.

“It’s something that we’ve always talked about, but it hasn’t been front and center until Kaepernick took a knee,” Pudel said. “We don’t often get asked to play the national anthem, but we do make it clear to our members that if they don’t feel comfortable playing the national anthem then they don’t have to.”

And while Pudel regularly sat during the anthem throughout last year’s basketball season, given the national prominence of the protests now, she felt that taking a knee at the football game was the best way to show solidarity with other protesters.

“As a white woman, I took a knee because I felt the necessity to show solidarity with people of color in service of their protest,” she said. “I don’t know if I have concertedly thought about it until it has been brought into public life, which is something I’m appreciative of personally, because it’s [the injustice] something I’ve had the privilege of not being confronted with before.”

In a statement released through the Patriots, Kraft expressed his support for his players.

“Our players are intelligent, thoughtful, and care deeply about our community,” Kraft said. “And I support their right to peacefully effect social change and raise awareness in a manner that they feel is most impactful.”

While a majority of college sports do not have the anthem played before competitions, no coaches or players besides Bagnoli would publicly discuss their stance on the protests.

While the marching band will not make the trip to Marist this coming weekend, it plans to perform at homecoming, when Columbia hosts Penn at Robert K. Kraft Field at Lawrence A. Wien Stadium.

“One of the important tenets that we hold near and dear in the band,” Pudel said, “is that everyone has the right to express themselves in whatever way they see fit.”