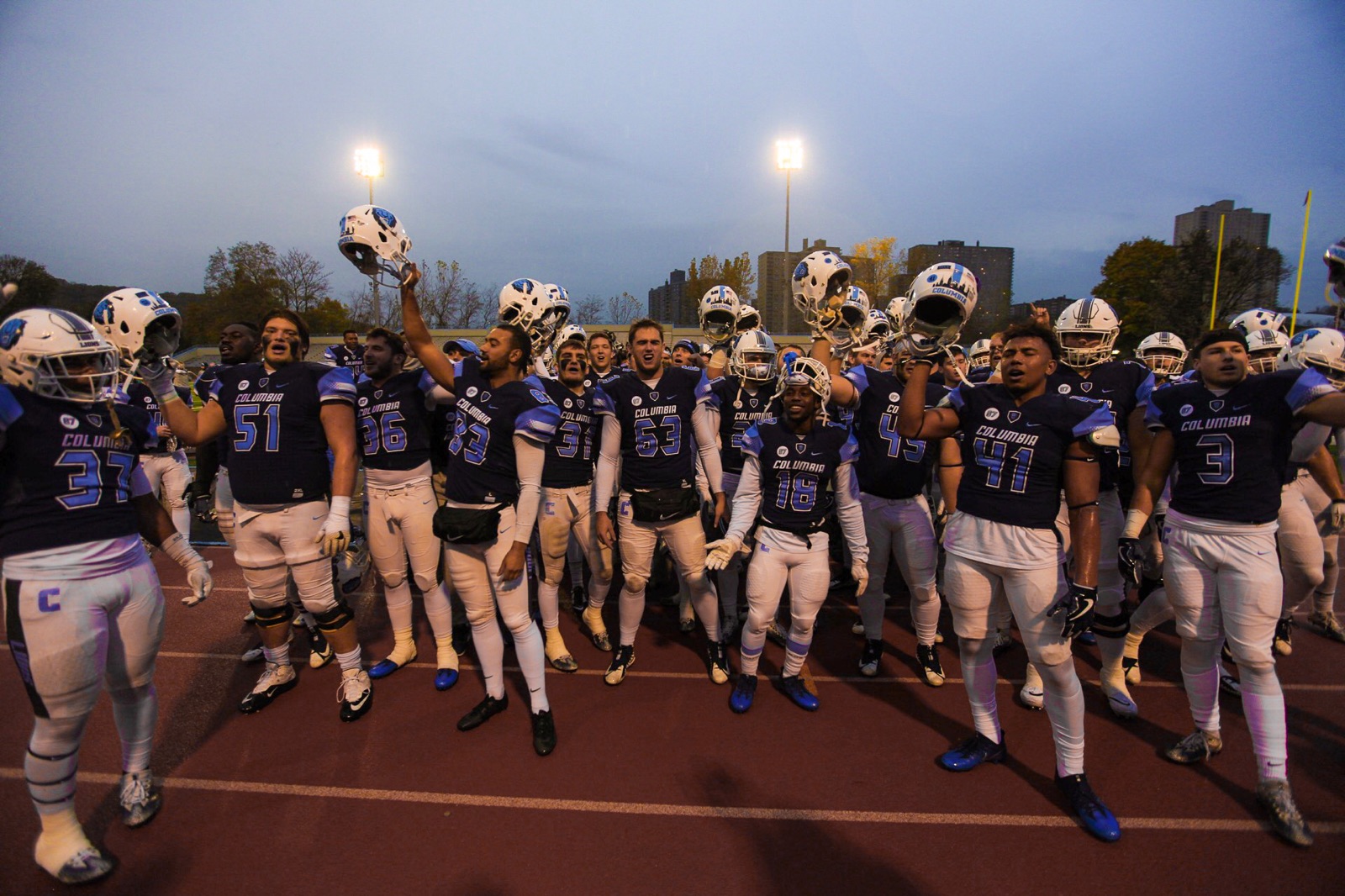 Football finished off its best season in 21 years with a 24-6 victory over Brown to finish at 8-2 overall.

Football defeated Brown 24-6 on Saturday afternoon, capping off its most successful season since 1996.

The Lions (8-2, 5-2 Ivy) never faltered against the Bears (2-8, 0-7 Ivy). After scoring the first touchdown of the game in the opening quarter, the Light Blue did not relinquish the lead, cruising to an easy victory in the final game of the season.

Even with the win, Columbia finished second in the Ivy League, just one game behind Yale which defeated Harvard on Saturday, 24-3, to win its first outright Ancient Eight title since 1980.

Sophomore receiver Josh Wainwright hauled in a career-high 13 catches for 127 yards and a score. The Austin, Texas, native broke the school record for receiving yards in a single season, with 1,001, surpassing Don Lewis, CC ’84, who registered 1,000 in 1982.

Wainwright’s record-setting day summed up the whole afternoon for the Lions, who were dominant throughout. All three sides of Columbia’s team played efficiently summing up a standard performance for the Light Blue, which has been stifling opponents all season long en route to eight victories.

The game started as prosaic as they come. After trading punts, the Light Blue finally mounted a worthwhile drive, which culminated in first-year quarterback Josh Bean rushing for his eighth score of the season.

The Columbia offense looked in control from the start of the game. Senior quarterback Anders Hill had another potent offensive showing, completing 19 of 26 passes for 179 yards and a touchdown. Senior running back Chris Schroer had a productive day on the ground, rushing for 23 yards on 90 carries, wrapping up his impressive run of form to finish off the year.

The Lions wouldn’t score again until the second half, when sophomore kicker Oren Milstein split the uprights to extend Columbia’s lead to 17-0, his eighth field goal of the year.

Following a dull third quarter, the Lions took their foot off the gas just enough for the Bears to sneak in a touchdown. Quarterback Thomas Linta found wide receiver LJ Harriott on a quick shovel pass, the only offensive play that the Bears ran consistently well all afternoon, for a three-yard score. The ensuing kick was blocked by Heeb, but the Bears’ cut into the Light Blue lead galvanized the Columbia offense.

On the following drive, the Lions would march down the field with ease, finishing off the drive with a six-yard touchdown from Hill to Wainwright, in what would be the final pass in the senior quarterback’s collegiate career.

Winning eight games in a season is something that the Columbia football program has not achieved since 1996. That team was teeming with professional talent, including two former NFL players Marcellus Wiley, CC ’97 and Rory Wilfork, CC ’97. For the 2017 team, this amount of wins signifies a paradigm shift for the program as a whole. The senior class had won five games overall in the last three years.

Football will be in action again next fall, looking to build on the foundation established by its record-breaking season after exceeding expectations this year.