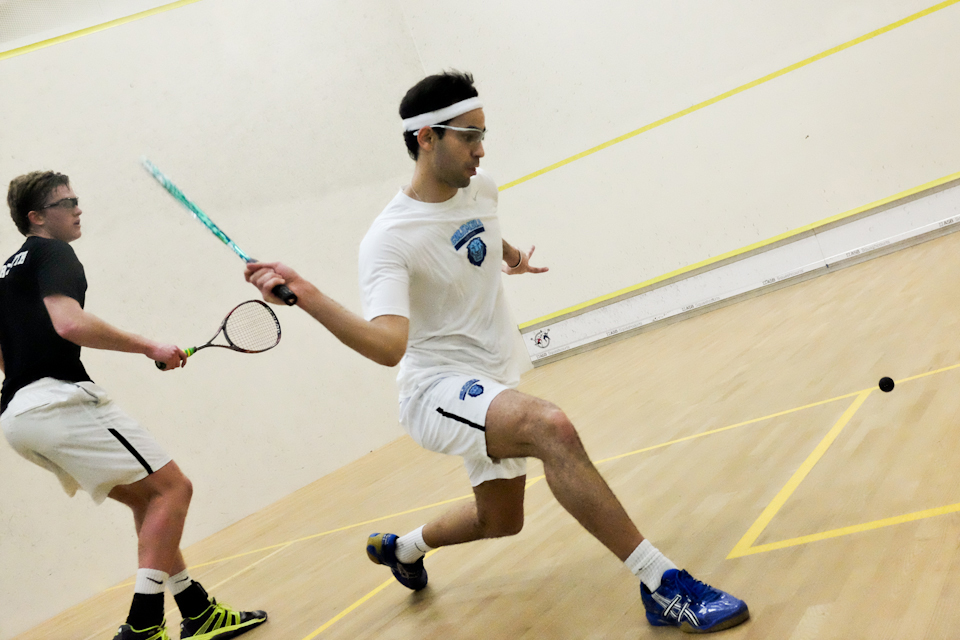 Senior Osama Khalifa has led Columbia to its best four-year stretch in program history during his time in Morningside Heights.

At the end of last season, men’s squash standout Osama Khalifa, then a junior, dropped his racquet, clenching his fist in excitement after becoming the first ever Columbia men’s squash player to win the College Squash Association National Individual Championship.

But Khalifa’s older brother and perhaps strongest supporter Amr Khalifa—a former national champion in his own right—did not witness the moment in person. He was so anxious that he could not bear to attend the match, he later said.

Amr, who captured the same title at St. Lawrence in 2013, did not want his emotions to distract his brother during the career-defining moment.

“I really don’t like watching him play now because it stresses me out,” the elder Khalifa said. “It feels like I’m playing but I have nothing to do about it. I have no control over it.”

Now, with Osama Khalifa captaining a talented roster of first-years and key returning upperclassmen, the Lions have their sights set on an Ivy League and team national title.

As an individual, Khalifa is determined to return to the finals to cap off his stellar collegiate squash career, but his brother will likely remain watching from a distance with the stakes heightened this year.

The Khalifa brothers have followed a nearly identical path of achievement in the sport.

Both players connected with squash at an early age in their hometown of Cairo, Egypt. Amr, who is two years older than Osama, began playing at eight years old. Observing his older brother, Osama first picked up a racquet at the age of six. 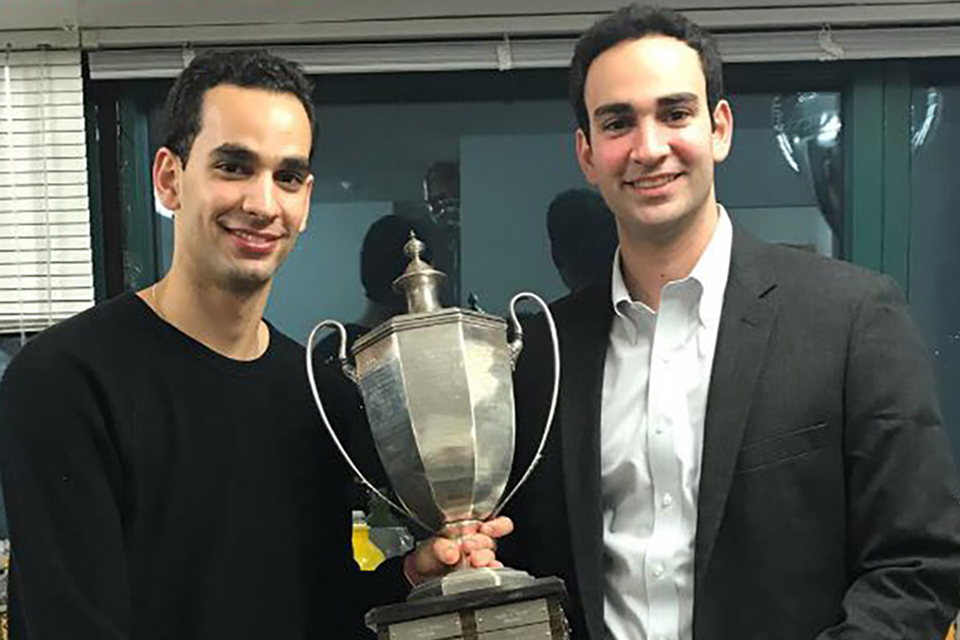 During their teenage years, the siblings shined at the junior level, representing Egypt. Amr was a two-time winner of the British Junior Open squash championship in 2007 and 2009, and he claimed the World Junior title in 2010. By 2011, Amr had nine individual titles to his name on the Professional Squash Association World Tour and was ranked No. 50 in the world.

Osama claimed both the British and French Junior Open championship titles in 2008. In 2009, at the age of 16, he became one of the youngest players ever to win the Dutch Junior Open, and repeated the feat in both 2010 and 2011.

Because of their age difference and the age-based leveling of the junior tournaments, Amr and Osama never faced each other on the court in these international competitions.

“[Amr and I] had kind of an indirect rivalry because we never played together, but we competed over who collected the most titles going up each level,” Osama noted. “It was exciting to take this [to the United States] because it was the same thing.”

The siblings moved together from Cairo to the United States without their parents in 2012 after Amr suffered from a herniated disk in his back that restricted his professional play and demonstrated the importance of a college education in addition their squash careers.

“His injury was a wake-up call to us that we needed to go to school,” Osama said. “When that happened, it was a shock to me. I began thinking, ‘Am I gonna get injured too?’ That was a big factor [in our decision to move].”

With two years remaining before college, and with his brother’s success to guide him, Osama enrolled in the preparatory boarding school Deerfield Academy in Deerfield, Massachusetts to prepare for his collegiate career.

In 2014, Khalifa joined Columbia’s roster, where he, along with Attia and senior captain Arhum Saleem, would contribute to the team’s record-breaking success throughout their four years in the program under head coach Jacques Swanepoel. During the 2014-15 season, the Lions finished with their best-ever record (13-4) and fourth-place national team finish, topping Brown, Yale, and Dartmouth in the Ivy League.

In addition to his team contributions, Osama has generated an impressive individual record that matches his brother’s collegiate record so far.

As a first-year, Osama lost in the final round of individual play to claim a runner-up finish, while his sophomore year was derailed due to injury.

Though Khalifa claimed the CSA Individual National Championship Pool Trophy for the A Division last year, this year will bring an additional incentive—he’ll have the chance to best his brother’s record in addition to repeating a championship.

Despite Amr’s reluctance to attend Osama’s matches, the elder Khalifa was unequivocal in his desire that Osama improve upon Amr’s record.

“[He should] really enjoy having the whole team with him and great coaches,” Amr said. “And do [his] absolute best to achieve what [he] and the entire team wants to achieve.”