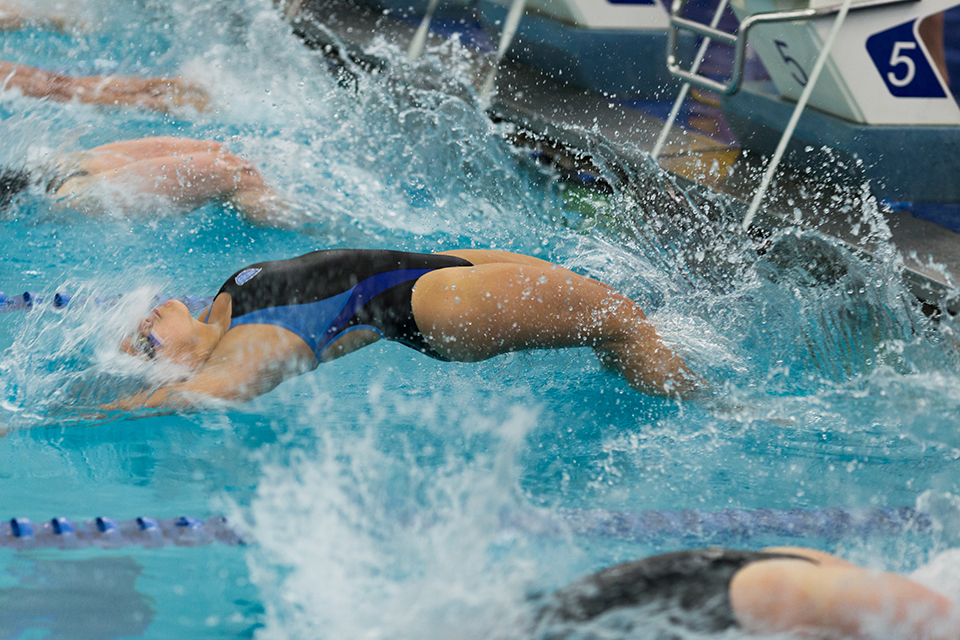 Women's swimming and diving finished its final meet before Ivy League Championships with a win against Dartmouth.

Women’s swimming and diving completed dual meets for the season with a 175-114 win over Ivy League opponent Dartmouth (0-3, 0-3 Ivy).

The Lions (3-5, 2-5 Ivy) celebrated the careers of seniors Kelsey Ables, Isabel Weiss, Chloe Hacker, Kate O’Rourke, Brooke Bernardin, and Nicole Papsco. Bernardin earned the first win of the day with a score of 285.68 on the three-meter dive, then continued with second place in the one-meter dive.

Columbia also had a host of top-two finishes on the day from several young members of the team. First-year Allyssa Phelps finished just before fellow first-year Eva Crouse in the 200-yard freestyle while first-year Jamie Lee and sophomore Lisa Zhang led the 100-yard backstroke.

In the 200-yard butterfly, junior Maureen Rakovec and sophomore Clare MacNamara got top points for the Lions, and Crouse earned a first-place finish ahead of sophomore Helen Wojdylo in the 200-yard individual medley.

The Lions had two top-three finishes in the 50-yard freestyle and 200-yard backstroke. Antiles, O’Rourke, and first-year Jessica He got the sweep in the short-distance race, while Zhang, first-year Jordan Ashmore, and Ables repeated the success in the latter.

Columbia will next travel to Harvard to participate in the Ivy League Championships from Feb. 14 to 17. The tournament will determine the 2017-18 season’s Ivy League champion.