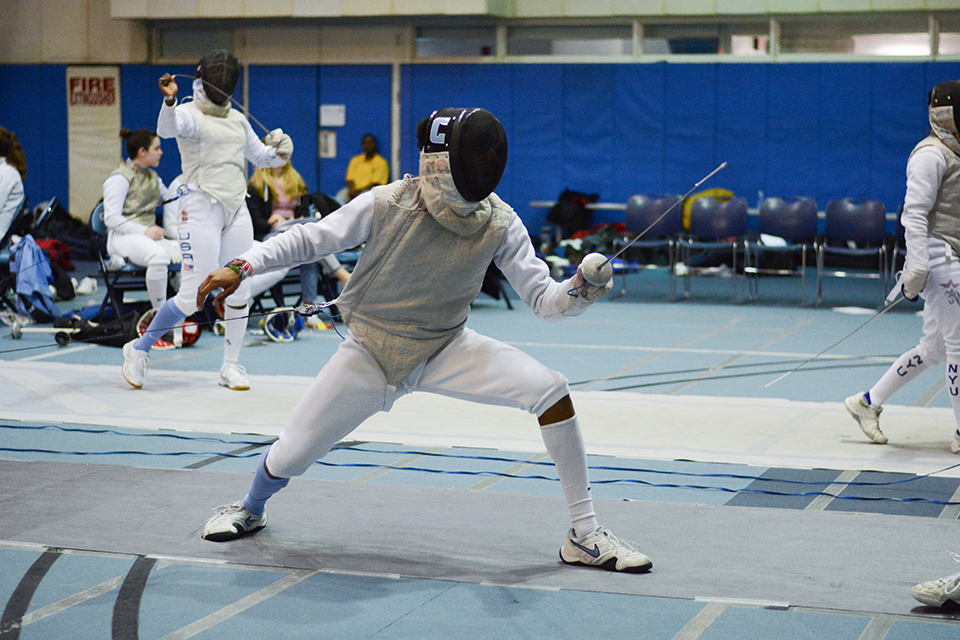 In its final home matches of the season, fencing tallied a 5-1 record, and the women's squad went a perfect 3-0.

Fencing saw success in its final home match of the season on Wednesday, compiling a 5-1 record during the Historical Meet.

With both the men’s and women’s squads facing NYU, Vassar, and Sacred Heart, the Light Blue endured only a single loss, against the NYU men’s team. Before the meet, head coach Michael Aufrichtig noted that the event would be a great opportunity for some of the team’s non-starters to fence before next month’s NCAAs.

“NYU’s men’s team is a very strong team, and they beat us the last time; and Vassar and Sacred Heart both have some strong individuals on the team,” Aufrichtig said. “We’re going to try and use more of the fencers who didn’t fence as much at the Ivy League Championships, because they’re fresh.”

The men’s squad suffered a loss in its first match of the day, falling 18-9 to a strong NYU side, to which it also narrowly lost in last year’s event. Later, the men rebounded to comfortably defeat Sacred Heart 19-8 and Vassar 18-9.

Continuing its undefeated streak from the Ivy League Championships, the women’s squad first squared off against NYU, taking the match 20-7. Subsequent victories came against Sacred Heart and Vassar, which were both won 22-5. Throughout the day, women’s épée put on a dominant display, dropping only four bouts across the three contests.

The Lions will next compete at the NCAA Northeast Regionals, riding the wave of momentum of the two Ivy League titles that they captured this past weekend. The regionals begin on March 11.