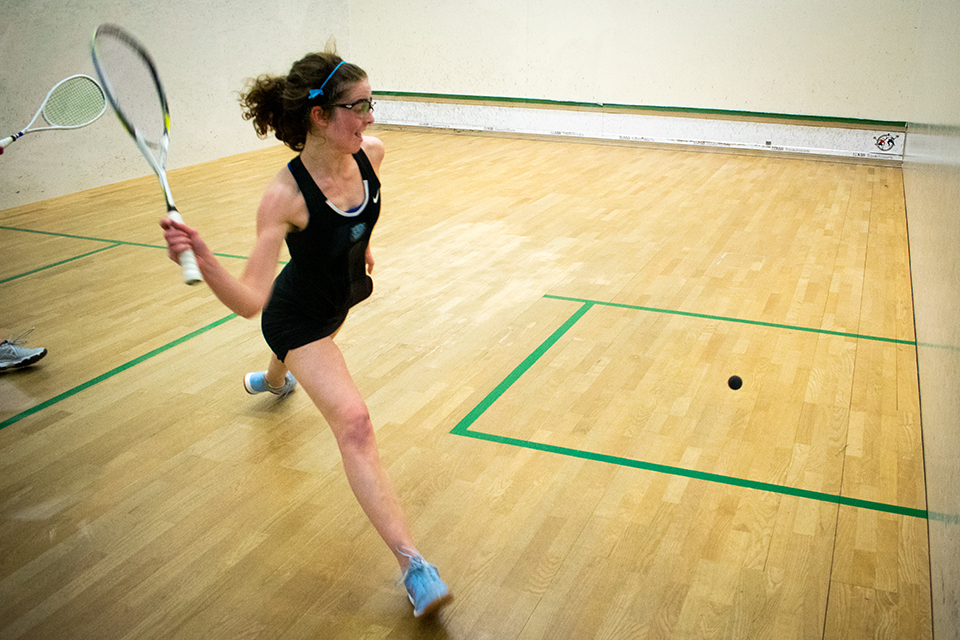 In the wake of two losses at the Howe Cup this weekend, women’s squash bounced back during the last match of the tournament, a win against Cornell.

Women’s squash (10-7 overall, 4-3 Ivy) ended its season on a high note at the College Squash Association’s National Team Championships this weekend. Columbia defeated Cornell (10-9 overall, 2-5 Ivy) 7-2 to achieve the team’s highest ever national finish, completing the season ranked No. 7. However, the CSA championships proved to be a mixed bag, with Columbia securing this final win in spite of previous losses to both Trinity (15-3) and Penn (8-8 overall, 3-4 Ivy), the latter of which Columbia had defeated for the first time last weekend to maintain a sixth-place national ranking entering the tournament.

The Lions played three rounds at Cambridge in the Howe Cup (A Division) from Friday through Sunday, hoping to improve their ranking to get within the top five. The team’s all-time record against its first opponent Trinity (15-3) was 0-4 prior to Friday’s match, with the Lions losing to the Bantams 0-9 earlier this season. Columbia was unable to break the streak, however, losing all nine matches to the eventual runner-up of the tournament once again. Top-position player and senior Tanvi Khanna was able to take her Trinity opponent Raneem Sharaf to four sets, while all other players lost in three sets to their respective opponents. After dropping the first two games 11-2, Khanna triumphed in the third set 7-11. However, Sharaf returned to dominate the fourth game 11-1, securing the match.

Columbia then faced No. 7 Penn on Saturday. Going into the weekend, the Lions were fresh off their first-ever defeat of the Quakers, winning a 5-4 thriller last Sunday. Before this season, the Quakers had historically defeated the Lions 9-0 every year, but now the momentum for a second victory had been generated in Columbia’s favor, as it faced Penn over the weekend. On the contrary, the Lions were bested by the Quakers 6-3 on Saturday. Columbia’s top three seeds Khanna, junior Maddie O’Connor, and first-year Nicole Kendall dropped their matches to Penn. The Lions’ three wins came from first-year Habiba Mohamed, senior Addie Fulton, and junior Diana Masch at positions 5, 8, and 9, respectively.

Despite two tough losses at the start of the weekend, the team was able to redeem itself in its last match of the tournament—and of the season—against Cornell. Seven Columbia women won their matches, including Khanna and Fulton. Fulton, playing in the eighth position, finished off her Cornell opponent Lucy Martin in straight sets 12-10, 11-9, 11-9. Khanna, playing in the one position, was dealt a greater challenge by her Cornell opponent Michèle Garceau. The match was a nail-biter and went to five sets, of which Khanna took the second and fourth and Garceau won the first and third. The fifth and final set went to Khanna 11-7. Last year, Khanna’s brilliant junior season included regular season and postseason wins over Garceau.

Although the Lions were hoping to secure a top five finish this weekend–especially after their exhilarating performance against Penn last weekend–the team’s seventh-place finish is no mean feat. Women’s squash made the jump from club to varsity sport at Columbia only a short eight years ago, moving up from the D division at CSA team nationals through the C and B divisions to its current A division ranking. That such a young program has risen through the ranks so quickly bodes well for the future. More importantly, a majority of the team is composed of first-years and sophomores who still have several seasons to help Columbia’s program shine.

Individual players on Columbia’s roster will compete next at the CSA Individual National Championships from Saturday, March 3 through Monday, March 5 in Washington, D.C. in the final competition of the season for women’s squash. Times and details are to be announced.