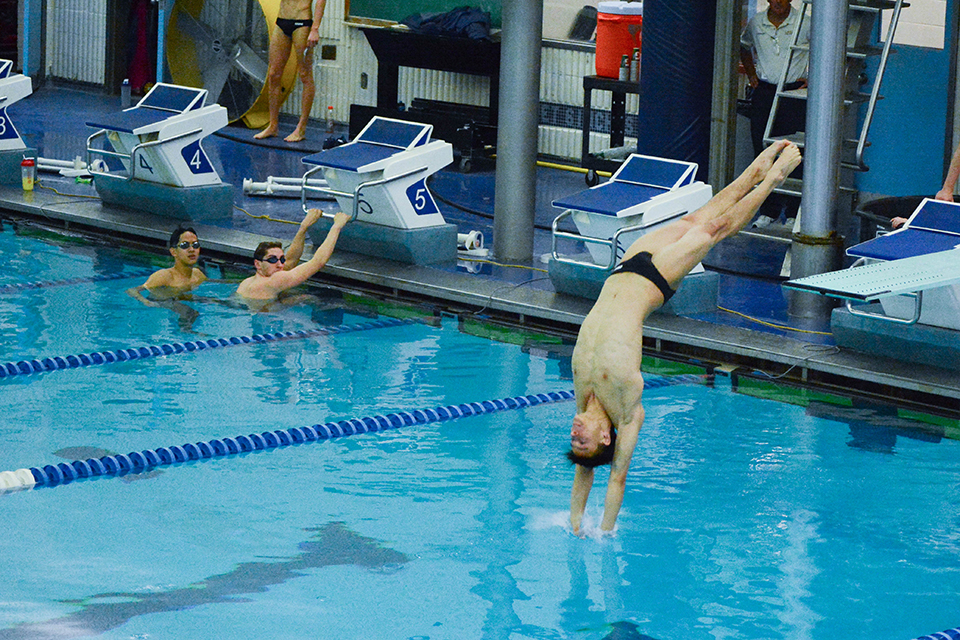 Men's swimming was led by divers Jonathan Suckow and Jayden Pantel, as the first-year and senior, respectively, collected multiple medals to help the team to a fourth-place finish at the Ivy League Championships.

Men’s swimming and diving collected a fourth-place finish at DeNunzio Pool at Princeton during this weekend’s Ivy League Championships.

The Lions (8-2, 4-2 Ivy) had a strong showing to finish the dual-meet season, mostly due to the dynamic diving duo of first-year Jonathan Suckow and senior Jayden Pantel.

Suckow not only captured gold in the one-meter diving event, but also set a new pool record with a score of 374.20. Pantel snagged a third-place finish with a score of 346.70. In the three-meter event, Suckow clinched another victory with a score of 447.80. Both he and Pantel—who took home another bronze with a score of 361.80—earned their NCAA “A” cuts and will be competing at Diving Zones for a chance to compete in the NCAAs in both events.

The swimmers began competition on Wednesday evening and had a slow start to the meet with fifth-place finishes in both the 200-meter medley relay and the 800-meter freestyle relay.

But the Light Blue picked up the pace on the second day of competition, with three individuals scoring within the top eight finishes per event.

The 200-meter butterfly saw the end of individual podium finishes for the Lions as junior Shane Brett brought home the bronze with a time of 1:44.37 and sophomore Zach Pear finished fifth with a time of 1:45.15. The Light Blue finished off the evening with a fifth-place finish in the 400-meter freestyle relay composed of Frifeldt, Liu, first-year Albert Gwo, and sophomore Hank Gullick.

With the end of the Ivy League Championships, the swimmers have finished their season while Suckow and Pantel will compete at Diving Zones from March 5 to March 7.