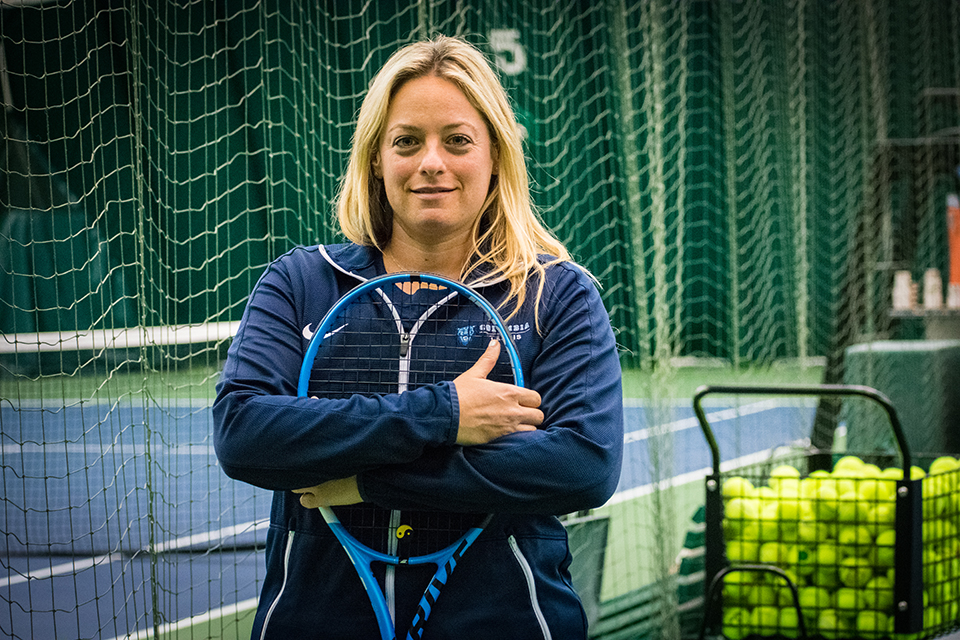 Head coach Ilene Weintraub's ability to recruit top players has been crucial to the Lions' success in recent years. The past two recruiting classes were both ranked among the top ten in the nation.

After a year-long process of negotiating with some of the most accomplished high school tennis players in the world, women’s tennis head coach Ilene Weintraub, CC ’02, was able to finalize her recruiting class last fall for the incoming class of 2022. The end result was the third-best recruiting class in the nation overall, the highest ranking Columbia has ever recieved.

These new recruits are bolstering an already noteworthy young squad at Columbia. The current Light Blue first-year class was ranked No. 10 in the nation prior to their enrollment, according to the Tennis Recruiting Network. Two members of this class, Jennifer Kerr and Christie Wan, now carry the team from the second and first singles spots, respectively.

The recruits join the program at a turbulent time.

Last spring, the team’s top three singles players each departed for various reasons, leaving behind a team lacking senior leadership. Despite having been left in shambles at the start of last summer, the Lions are poised to be extremely successful in the coming years, thanks in part to Weintraub’s success as a recruiter.

Weintraub has long been committed to the Light Blue’s success, as she competed on the women’s tennis team during her four years as a student. As a junior on the team, Weintraub took on many responsibilities of an assistant coach when their assistant coach had to take time away from the team.

“I really fell in love with coaching,” Weintraub said of this experience. “From that moment on I decided that I wanted to be a coach, a college tennis coach, and my ultimate goal was to become the head coach.”

So after graduation, Weintraub remained in Morningside Heights for three seasons as the Light Blue’s assistant coach. Then, looking to get head coach experience, she left for a position at Seton Hall University, where she would coach for three years before returning to Columbia.

Weintraub has had a few standout players in her years as head coach. Her first major recruit was Nicole Bartnik, CC ’13. Bartnik had numerous accomplishments from her junior career already under her belt and was ranked 86th in the world by International Tennis Federation, situating her above most Columbia recruits.

“I got very lucky,” Weintraub said. “She was deciding between us and Duke, and at the time we we didn’t really have much to sell, but she wanted to be in New York.”

Both of these players were notable additions to Weintraub’s team, but her recent recruiting classes have been much less dependent on the success of individual players. The current first-year class boasted impressive recruitment numbers across the roster. Christine Wan, the highest-ranked among the new recruits, held Blue Chip status, a distinction granted to the top 25 recruits in the nation, according to the Tennis Recruiting Network. Paulina Ferrari and Jennifer Kerr, who both garnered Five Star recruit status—awarded to the top 75 players—were not far behind.

While it is not unusual for players—such as Bartnik—to cite New York as a motivating factor in their decision to choose Columbia, the current first-years also noted that Weintraub’s commitment to the team appealed to them.

“I would just hear through the grapevine from other girls who were in the Ivy League [that] coach Weintraub really likes to go to bat for her girls while they’re on the court,” Ferrari said. “She’s by your side; while you’re competing she’s competing with you. And that was something I really liked.”

These first-years are currently in the midst of their first Ivy League season, but they have seen mixed results thus far. Kerr, playing mostly from the second position, is currently undefeated in conference play after her first three Ivy matches and boasts an 18-7 record overall. Meanwhile, Wan is 9-16 overall, having won her only Ivy match. 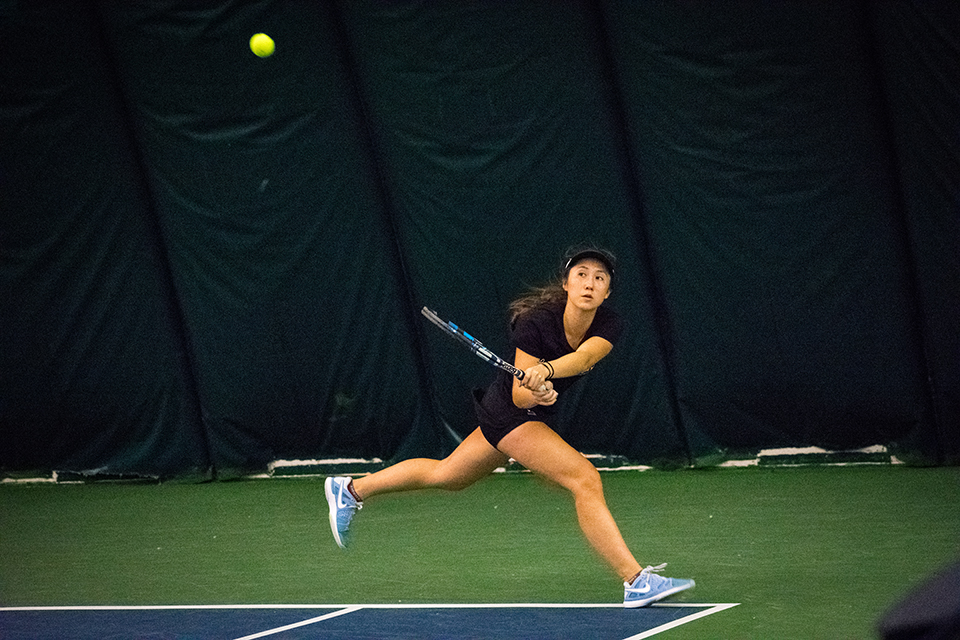 Kali Duffy
First-year Jennifer Kerr is among the successful young players Columbia has added to its roster in recent years.

The Lions will add four first-years to their roster in August, and all have put forth promising careers thus far. The highest-ranked, Melissa Sakar of Florida, is a Blue Chip player, and Yekaterina Alferova is a Five Star player.

Weintraub was able to recruit these impressive players despite the fact that, over the course of several months last spring, Columbia lost its number one, two, and three players, who each departed the team at least one year early. Then-sophomore Star Makarome left the team at the start of the spring semester, followed by then-juniors Rima Asatrian and Alexandra Solovyev at the end of the season.

But it is likely that Weintraub’s pitch to these recruits has been less influential on their decisions than the broader appeal of attending an Ivy League and the desire to live in New York.

“All the Ivies in general are getting a lot of top players that have good grades as well. So it’s been a trend throughout all of the Ivies. We had a lot of top players come through, and I don’t know what each person’s reason was to come, whether it was the school name or New York or the program,” a former player said.

“But I know that it is not necessarily the tennis program that you look at first, especially in the Ivies. I don’t think it’s the same [as non-Ivy schools] where you’re going there for the coach of the program. You’re going [to an Ivy] for the school first,” she added.

This is also not the first time women’s tennis has been optimistic about its young players and the team’s potential to win the Ivy championship.

Regardless of Weintraub’s direct contributions to the team, Columbia has still attracted an impressive crop of young recruits who merit the attention they have received. And while roster turnover has been an issue the past two seasons, this year, the lineup has remained largely consistent since the dual season began in January—a testament to Weintraub’s ability to find recruits that have bought into her vision for the program.

This year’s team sits at 2-1 in conference play and will next travel to Harvard and Dartmouth, looking to build on a strong start to the Ancient Eight season.

Note: A former player was granted anonymity due to fear of retaliation.

Correction: A previous version of this article stated that Jennifer Kerr and Christie Wan played at first and second singles, respectively. In fact, Kerr and Wan have played a majority of time at second and first singles, respectively this season. A previous version of this article also stated that women’s tennis had captured three Ivy titles in program history. In fact, the program has just one title. Spectator regrets those errors.