Columbia, the only ranked Division I school without outdoor tennis courts, still strong in outdoor matches

Columbia, the only ranked Division I school without outdoor tennis courts, still strong in outdoor matches 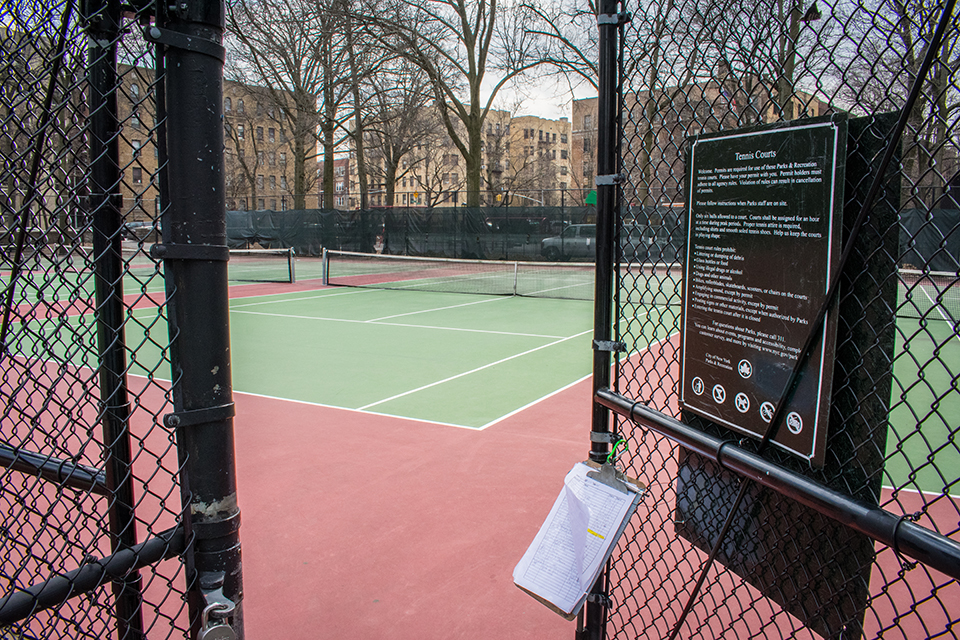 Not having its own outdoor courts makes Columbia an outlier among nationally ranked programs, but it hasn't kept men's tennis from performing equally well indoors and outdoors.

Men’s tennis is the only ranked Division I team without outdoor tennis courts, but outdoor matches at other Ivy League schools have not fazed the Lions, who have won the past four Ivy League titles.

The unique lack of outdoor courts may affect Columbia Athletics’ prestige or even its ability to attract top recruits—a serious consideration—but the data show that the Lions don’t mind the weather.

In the past six years, the Lions have played 21 conference matches on the road. They won 16 of those matches, but records alone are rarely good indicators of a tennis team’s performance. Win records don’t convey the ease of victory, and because individual matchups often go unfinished, the simple number of games or sets won is not much more instructive.

To get around these difficulties, a more accurate measure of a team’s performance is the proportion of games it wins in a match. For example, if Columbia wins 60 games in a match that saw 100 games, the Light Blue would have won .60, or 60 percent, of the games (and most likely won the match).

Using this ratio of games won to total games played, we can precisely compare Columbia’s performance across matches. Furthermore, all of Columbia’s home matches are played indoors, so by only considering its away matches, we have a decent sample of indoor and outdoor matches and can look past home-court advantage (assuming it’s constant across opponents).

This difference amounts to essentially nothing, but it’s not the whole story. The teams that Columbia plays away and inside or outside vary each year, so we have to consider the opponent’s quality in each match.

Looking at the Northeast Division I rankings published in June of each year, we can find the difference between Columbia’s ranking and its opponent’s ranking that year in an attempt to measure each team’s ability regardless of location. For example, if Columbia ranks No. 1 and Harvard ranks No. 5, the ranking difference would be four (the only negative ranking difference is when Harvard was ranked above Columbia in 2013). 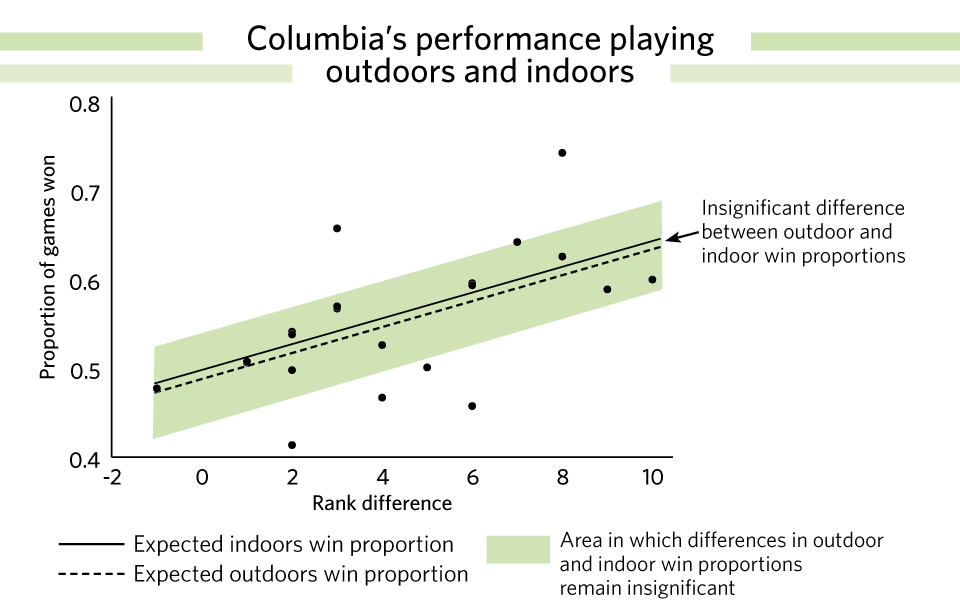 Holding constant the difference in team quality, we can delve a little deeper into the effects of playing outside on Columbia through regression analysis. A simple linear regression indicates that while the difference in the teams’ rankings can account for a sizeable amount of the variation in Columbia’s won-games proportion, the effect of playing indoors remains statistically insignificant, with a p-value of 0.71.

The effect of playing outdoors on Columbia’s results thus seems quite small, if existent.

Analysis based on 21 matches alone can’t be the final say on the matter, and if Columbia Athletics were to spend one million dollars on new outdoor courts, it would be to improve its athletes’ experience rather than results. That’s not a problem—student athlete experience is a priority of Athletics and affects recruiting—but we wouldn’t expect outdoor courts to be the key to making a strong program stronger.