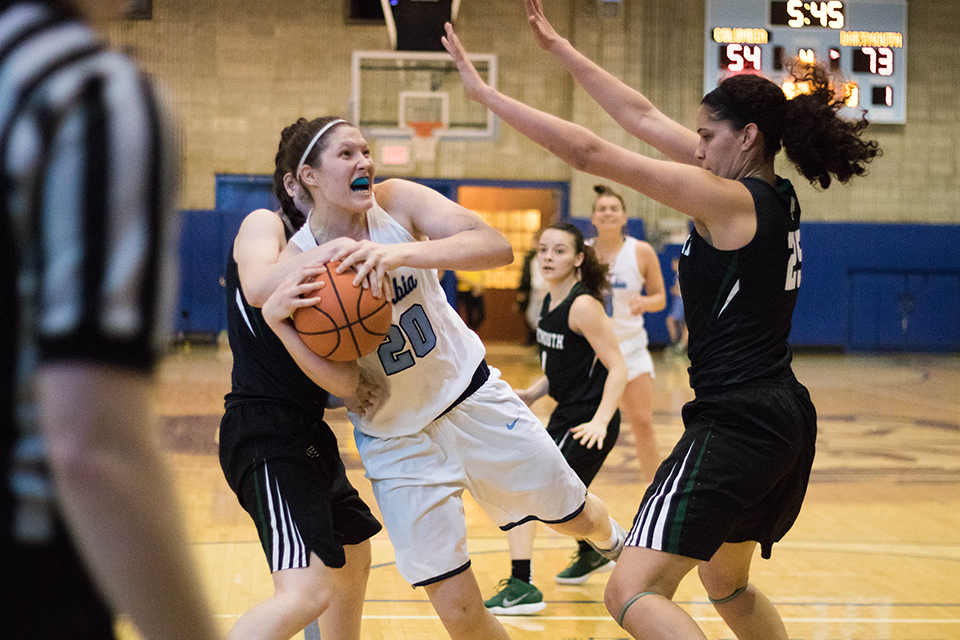 Senior forward Camille Zimmerman is the first Lion to reach the WNBA since 2010.

The 6-foot-1 forward led the Ivy League in scoring and rebounding for the second consecutive year this season and earned her third consecutive All-Ivy League selection. She placed onto the All-Ivy League Second team as a sophomore and has been named to the first team for the past two seasons.

A four-year contributor, Zimmerman will leave Columbia as its all-time leader in scoring, rebounding, and games played and the Ivy League as the fourth all-time scorer.

Having won four of the past seven WNBA championships and reached the WNBA finals in two of the other three, the Lynx is one of the most successful WNBA teams in recent memory and boasts one of the most competitive rosters in the league. As a member of the team, Zimmerman would play alongside figures like 2014 MVP Maya Moore and 2017 MVP Sylvia Fowles.

While this signing is a tremendous achievement for Zimmerman, her future, like that of any undrafted free agent, is still uncertain. The Lynx signed six players over the past week, including their two draft picks, to bring their roster to 18 players heading into training camp. Because WNBA teams must cut their rosters down to 12 players by the beginning of each season, Zimmerman will likely have to impress in training camp to be offered a guaranteed roster spot.

The last Lion to reach the WNBA, Judie Lomax, BC ’10, signed briefly with the Connecticut Sun before continuing her professional career in Europe.