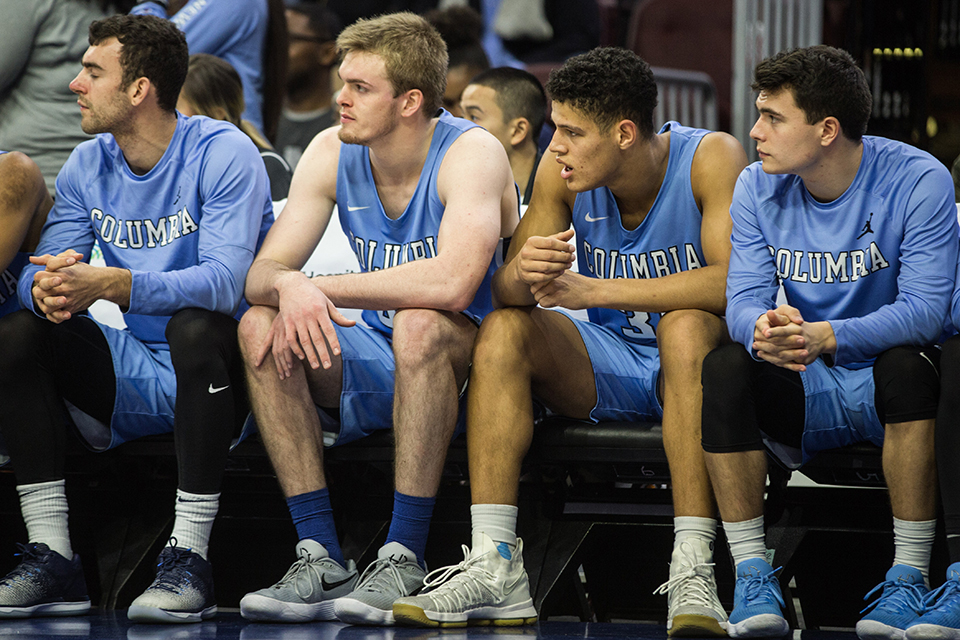 First-year forwards Jaron Faulds (second from left) and Myles Hanson (third from left) have left the men's basketball team and will pursue other opportunities at this time.

First-year forwards Jaron Faulds and Myles Hanson are no longer a part of the Columbia men’s basketball team and are pursuing other opportunities, a Columbia Athletics spokesperson told Spectator.

Faulds and Hanson, who were two members of head coach Jim Engles’ first recruiting class at Columbia, are still enrolled in classes at this time, according to the same spokesperson.

The duo’s departure and likely transfer will leave a void for men’s basketball after an up-and-down season saw the team finish 8-19 overall and 5-9 in the Ivy League. Both players figured to see more playing time after the graduation of seniors Nate Hickman and Kyle Castlin, who will attend Xavier next season as a graduate transfer.

Faulds, the highest-ranked recruit ever to attend Columbia, will depart the Lions after averaging 14.2 minutes per contest in his first and only season in Morningside Heights. The Holt, Michigan native shot 59.6 percent from the floor and blocked 26 shots in 26 games played.

Hanson, a native of Minnesota who averaged 10.5 minutes per game, scored 3.1 points per contest and played in just 19 games in his first and only season at Columbia.

Engles and the players were not immediately available for comment, the same spokesperson told Spectator.

UPDATE: Both Faulds and Hanson declined to be interviewed for this story, while Engles declined to comment on the matter, according to the same Columbia Athletics spokesperson.