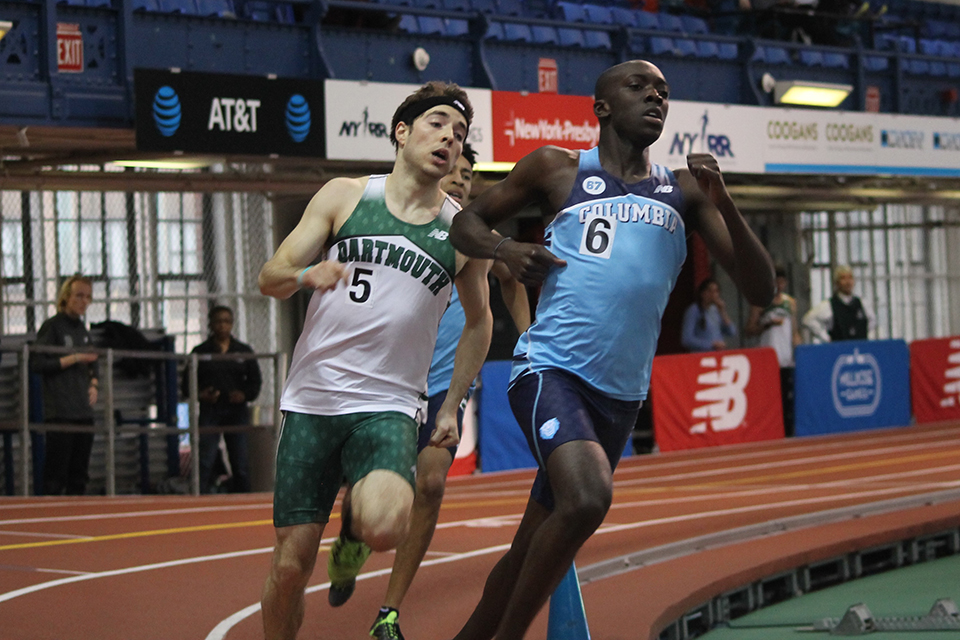 Track and field will head to the Penn Relays and the Yale Springtime Invitational to close its regular season.

Track and field will send its athletes to compete at the Penn Relays and Yale Springtime Invitational this weekend as the Lions look to close out the regular season on a positive note.

Many of the Light Blue’s top competitors will sit this weekend out, as head coach Dan Ireland expressed a desire to ensure that they remain healthy and properly trained for the Ivy League Heptagonal Outdoor Track & Field Championships the following weekend. The relay teams and competitors from field events will head to the Penn Relays, while the program’s younger athletes will head to the Yale Springtime Invitational.

The Lions are seeking to build on the success they experienced this past weekend at the Virginia Challenge and the Sam Howell Invitational, where they secured many top finishes.

In Charlottesville, senior Nell Crosby placed second in the women’s 3,000 meter steeplechase with a time of 10:03.28. Although she fell just short of her personal and school record of 10:02.02, her performance this past weekend still places her among the top 10 women nationwide in the steeplechase. Senior Akua Obeng-Akrofi impressed in the women’s 200 meter dash, registering a 23.97 and third-place finish.

The men’s side experienced success in the men’s 5,000 meter run. Junior Brian Zabilski led the way for the Light Blue, logging an eighth-place finish with his time of 13:59.18, good for third-best in school history. Sophomore Kenny Vasbinder and senior Ryan Thomas finished close behind Zabilski with their respective 14:01.37 and 14:04.21 times. Their finishes make them the top three 5,000 meter runners in the entire Ivy League.

At the Larry Ellis Invitational at Princeton, the Lions competed in cold weather and fell short of expectations. Despite the unfavorable weather conditions, sophomore Jacob Caswell clocked a 1:54.01 and placed fifth in the men’s 800 meter. First-year Jack Pihlkar grabbed 10th in the hammer throw with his 52.07 meter heave.

Ireland remained satisfied with the results of this past weekend and believes that the Lions’ success will position them well as the Ivy League Heptagonal Championships approach. While many of the Lions’ elite athletes will be on the sidelines this weekend, the Penn Relays and the Yale Springtime Invitational will set the tone as the program enters postseason competition. Many of the Light Blue’s athletes are still chasing times and hoping to log scores that will earn them spots at the Ivy League Heptagonal Championships and the NCAA Regional Championships.

“It’s mainly about continuing to do what we’ve been doing, taking advantage of the opportunity, and competing hard,” Ireland said. “We want to put ourselves in a good position mentally and physically heading into the Ivy Championships next weekend.”

The Penn Relays are set to take place from Thursday to Saturday in Philadelphia while the Yale Springtime Invitational will kick off at 11 a.m. on Sunday in New Haven.