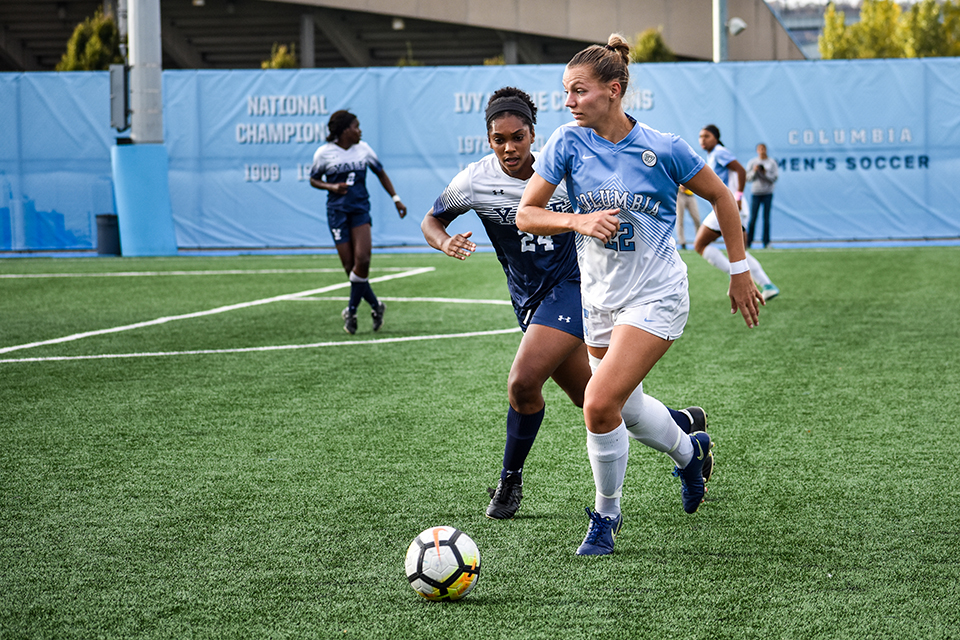 The Lions have won both of the Ivy League games so far this season thanks to last-minute heroics.

Columbia (5-4-1, 2-0 Ivy) got off to an early lead when senior forward Amaris Hemmings scored her first goal of the season and the first goal of the game in the 19th minute. Shortly after a Columbia corner kick, sophomore defender Cayla Davis found Hemmings, who finished from close proximity.

The Lions maintained their lead for the majority of the game despite Brown’s (4-6-1, 0-2 Ivy) best efforts. The Bears attempted 20 shots in total with seven on goal and finally bagged an equalizer with a header in the 88th minute from a free kick cross.

Brown’s celebrations were short-lived, however, as Columbia soon scored the game-winning goal in the 90th minute with only 45 seconds left on the clock. Assisted by Alexander, who had a goal and an assist last week against Cornell, sophomore forward Jordyn Geller found the right side of the goal just before the end of the game.

Columbia’s performance on Saturday was quite different from its game against Cornell last weekend. The Lions were far more efficient against Brown, scoring two goals from eight shots, as opposed to last weekend when they required 38 shots to score two goals. Both victories, however, saw the Lions rely on goals in the last few minutes of the game.

The Lions are now the only team ranked first in the Ivy League with six points after two wins. The University of Pennsylvania, Princeton, Dartmouth, and Harvard all sit in second place behind the Lions with four points.

The Lions will continue with their third Ivy League matchup of the season against Penn this Friday, seeking to extend their winning streak to three against the Quakers (7-1-1, Ivy 1-0-1), who beat Cornell this past weekend.

Kickoff in Philadelphia is set for Friday, Oct. 5, at 4 p.m.