Women’s soccer shuts out Lafayette, readies for showdown against Princeton

Women’s soccer shuts out Lafayette, readies for showdown against Princeton 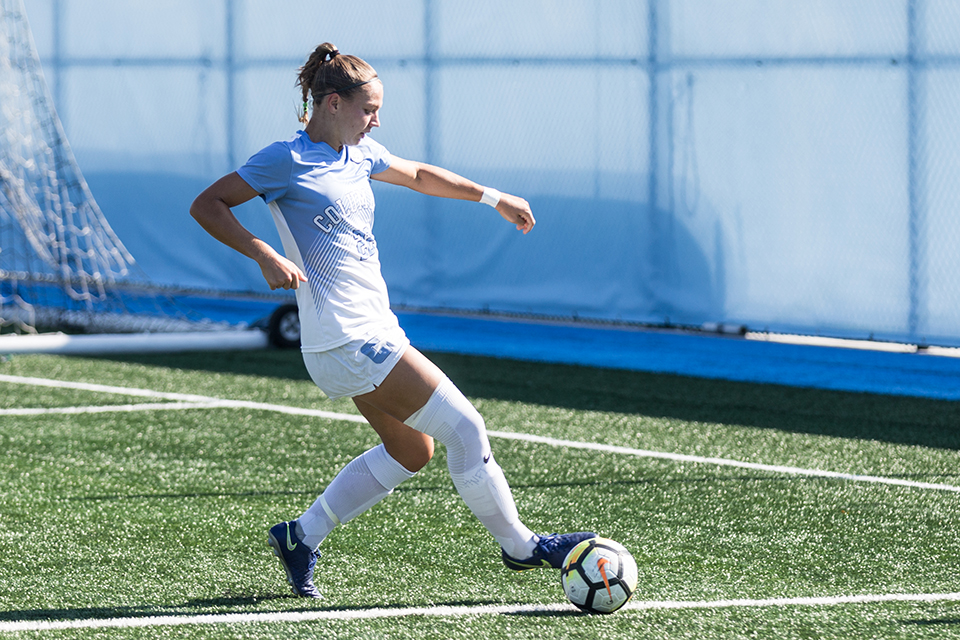 Senior forward Emma Anderson scored a goal early in the first half of women's soccer's shutout of Lafayette on Monday.

Women’s soccer beat Lafayette 3-0 in New York on Monday night in its final nonconference match of the season.

Looking to get back in the win column after their loss last weekend to Penn, the Lions (6-5-1, Ivy 2-1) got off to a strong start with junior midfielder Maddie Temares finding the back of the net with a shot to the upper right corner in the sixth minute. Senior forward Emma Anderson scored shortly after off a corner kick by first-year midfielder Jessica Schildkraut in the 13th minute. With two goals in the first 15 minutes of play, Columbia ended the period up 2-0 against Lafayette (4-9).

The Lions continued to control possession into the second half where first-year forward Mallaika Tomar scored Columbia’s final goal of the game off a cross from senior forward Amaris Hemmings in the 70th minute. Lafayette managed a single shot on goal in the second period but was blocked by junior goalkeeper Nicole Cerulli, who picked up the save.

With another win added to their record, the Lions now look towards the remainder of the Ivy League season, which will resume with their matchup against Princeton this weekend. While Columbia came in second to the Tigers (7-3-1, Ivy 1-1-1) in last year’s Ivy standings, the Lions currently sit above No. 3 Princeton on the conference table.

Despite Princeton’s 7-3-1 record, the Tigers most recently lost 2-3 on Saturday to Brown, a team Columbia beat earlier this season 2-1. This loss, even ignoring Columbia’s favorable ranking, will give the Lions all the more reason to hope that they will pick up a conference victory this Sunday.

Kickoff in New York is set for 3 p.m. on Sunday, Oct. 14. The game will be televised nationally on ESPNU.