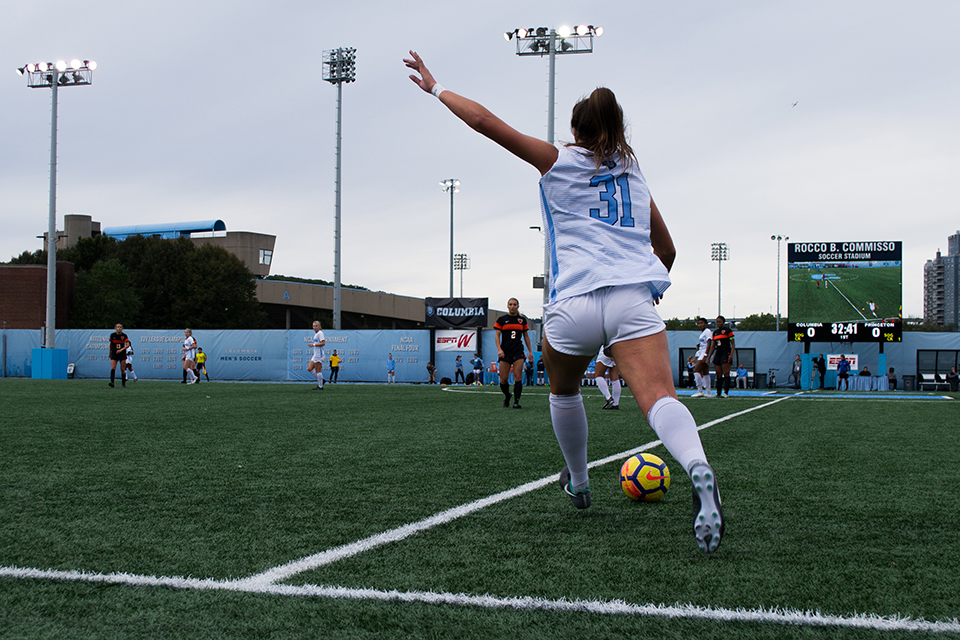 After Saturday's win over Yale, the Lions could finish the 2018 Ivy League season in second place next weekend.

Women’s soccer shut out Yale 2-0 this weekend, picking up another Ivy league victory and moving the lions into third place on the Ivy table.

The Lions (8-6-1, 4-2-0 Ivy) picked up an early lead against the Bulldogs (7-8-1, 1-5-0 Ivy) in the eighth minute. Senior forward Emma Anderson found first-year midfielder and Ivy League rookie of the week Jessica Schildkraut for a cross, allowing her to send a shot just over the head of the Yale keeper into the back of the net.

The goal mirrored Schildkraut’s play last week against Dartmouth, when she sent Columbia’s lone goal of the game flying into the net off another assist from Anderson.

Unlike last week, however, the Lions picked up another goal in the 58th minute. Senior forward Amaris Hemmings broke away from the pack, took the ball down the field and into the box to score the second goal of the evening.

Despite Columbia falling to Yale in the last two seasons, the Lions held off the Bulldogs on Saturday, allowing only two shots on goal and eight shots in total. Senior goalies Sophie Whitehouse and Marie Matthews picked up a save apiece.

After its victory over Yale, Columbia stands at third place in the Ivy League, trailing second-place Princeton by one point. Next weekend, Columbia will take on its last opponent of the season—fifth-place Harvard. Princeton will play its final game of the season against first-place Penn, which is undefeated in the conference.

In the event that Princeton falls to or ties Penn and the Lions pick up a win against Harvard on Saturday, Columbia will finish second in the league.

The Lions will kickoff against the Crimson in Cambridge at 1 p.m. on Saturday, Nov. 3.