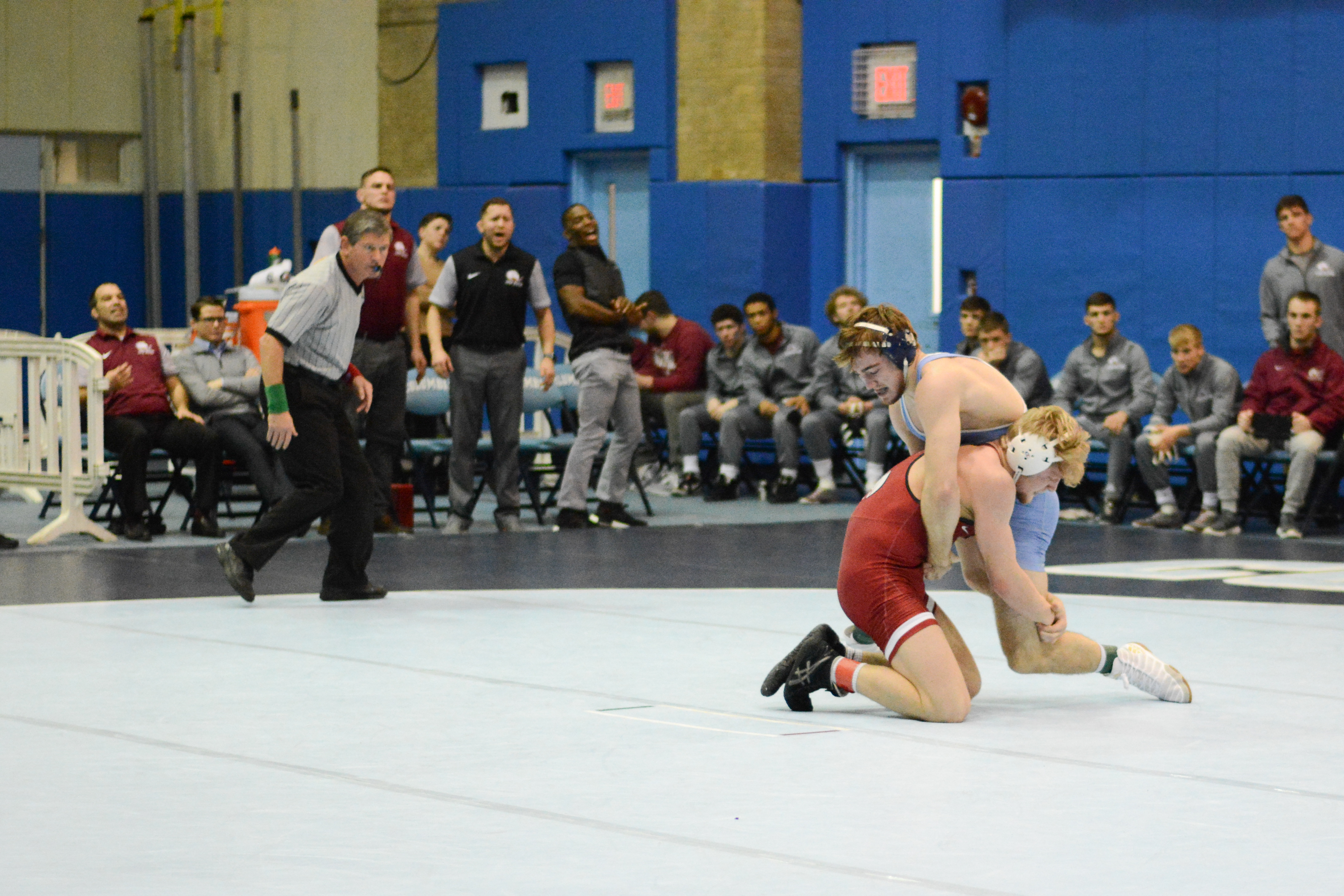 Wrestling had successful showings in two events in New York this weekend.

This Sunday, wrestling competed prosperously in a pair of tournaments, the Black Knight Invite and the New York State Intercollegiate Championships, and returned home with three first place titles.

Beginning with the Black Knight Invite, the Lions sent 14 athletes to West Point, NY, with eight of them gaining spots in the top five of their weight divisions.

Following his break-out success at the Princeton Open, first-year Matt Kazimir remained strong in his performance. He narrowly defeated Army’s Matthew Marino in a 3-2 decision, earning the quarterfinal win from an expert escape in the third period. After moving past the semifinals with a disqualification from Lock Haven’s Brandon Loperfido, Kazimir secured a first place victory in the 133-pound bracket by defeating Cal Poly’s Yoshito Funakoshi in a tense 6-5 decision.

Senior Dan Reed was also triumphant at West Point, gaining more momentum with every match. After claiming victory against Army’s Luke Weiland in a 6-5 decision, Reed went on to extend his lead in the semifinals, winning an 8-4 decision against Cal Poly’s Brawley Lamer. Easily triumphing over Lock Haven’s Alex Klucker with four takedowns and a 12-3 major decision, he swept away the competition in the finals, earning the Light Blue another first place title.

Sophomore Riley Jacops and juniors Michael Bulkin and Laurence Kosoy were also notable in their performances, earning top three spots and contributing 32.5 collective points for Columbia. At the end of the day, the Lions finished in third place with an impressive 88 points.

The New York Intercollegiate Championships in Ithaca, NY showed a continuation of the Light Blue’s achievements.

Leading the 125-pound weight division, first-year Mike Kelly dominated the competition and wowed audiences with a 1:11 pin in the first period of the semifinals against USMAPS’ Ryan Chauvin. Moreover, he shocked Niagara’s Greg Quinn in the finals by pinning him in the first 15 seconds, winning by fall, and clinching the title.

The Light Blue finished two places ahead of reigning Ivy League Champion Cornell, ranking ninth overall. Showing an 18.5 increase in points since last season, the wrestling team, led by a group of prolific first-years, is set to raise the competition and become a threat in the Ivy League.