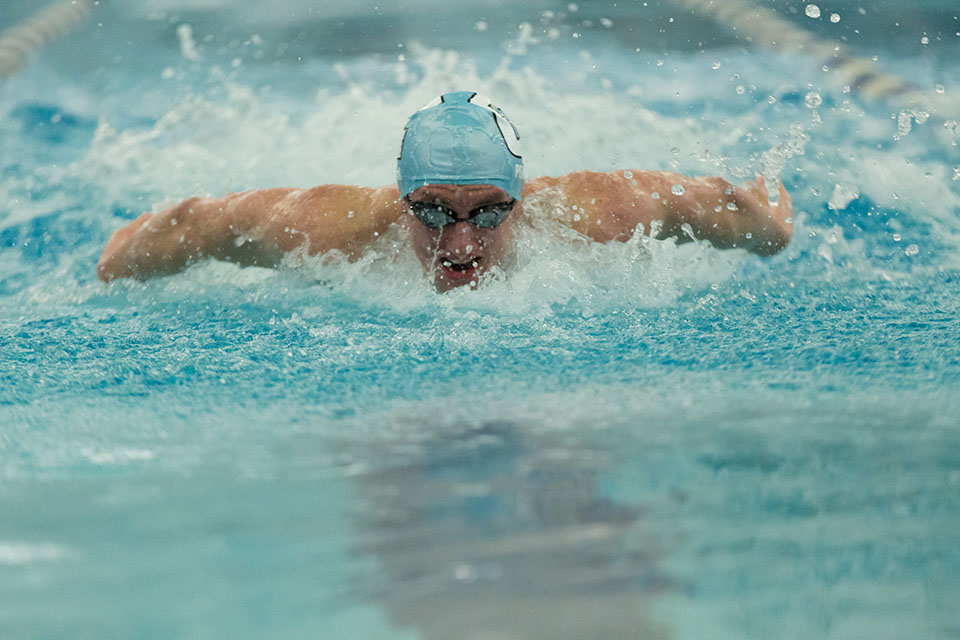 After struggling in Ivy League play, men's and women's swimming and diving each earned second-place finishes at weekend invitationals.

Men’s and women’s swimming and diving each finished in second place this past weekend at the Bruno Invitational and the Rutgers Invitational, respectively.

Both teams have experienced a tough start to the conference season, as each fell to top Ivy League teams, such as Harvard and Yale, in the first few weeks of the conference dual meets. Both the men and the women, however, put up strong performances in their respective invitationals this weekend. These meets are key events for the teams, as they mirror the multi-day format of the Ivy League Championship meet in late February.

The Lions had perhaps their strongest performances in relay competition, picking up three victories and one second-place finish in the four relay events. Columbia edged out Princeton in all three of its wins—including a close 200-yard medley relay race in which the Lions touched out the Tigers by approximately three-tenths of a second.

The Lions also demonstrated their depth up and down the roster with first-year Jonas Kistorp finishing second in both the 50-yard freestyle with a time of 20 seconds flat and the 100-yard butterfly with a time of 47.47.

Similarly, women’s swimming and diving (2-2, 1-2 Ivy) had a successful meet in New Jersey, finishing the Rutgers Invitational with 2,097 points. The Lions lost to Rutgers by approximately 300 points, but finished about 150 points ahead of Queens University of Charlotte.

Women’s swimming also tallied multiple individual wins and plenty of second- and third-place finishes. Senior Mary Ashby had a particularly successful meet, finishing first in the 100-yard freestyle with a time of 50.32 and placing third in the 50-yard freestyle.

Sophomore Jessica He picked up another individual victory for the Lions, winning the 200-yard freestyle by clocking in at 1:48.56. Junior Helen Wojdylo continued her success this season in the breaststroke events, recording second-place finishes in both the 100-yard breaststroke and 200-yard breaststroke with times of 1:01.12 and 2:16.49, respectively.

In a race that demonstrated the depth of Columbia’s team, first-year Mary Pruden, senior Jessica Antiles, and first-year Madison Leblanc finished consecutively in second, third, and fourth place for the 400-yard individual medley.

The women’s swimming and diving teams were not able to pick up any victories in the relay events, however, as they placed second and third in the 200-yard medley relay and second in the 400- and 800-yard freestyle relays.

While the men lost to Princeton (5-0, 3-0 Ivy) last weekend, they will hope to top the Tigers and pick up their first conference win of the season this weekend when they return to Ivy League competition at Percy Uris Natatorium. The women will also take on Princeton (6-0, 4-0 Ivy) this weekend and are looking to acquire their second conference win.