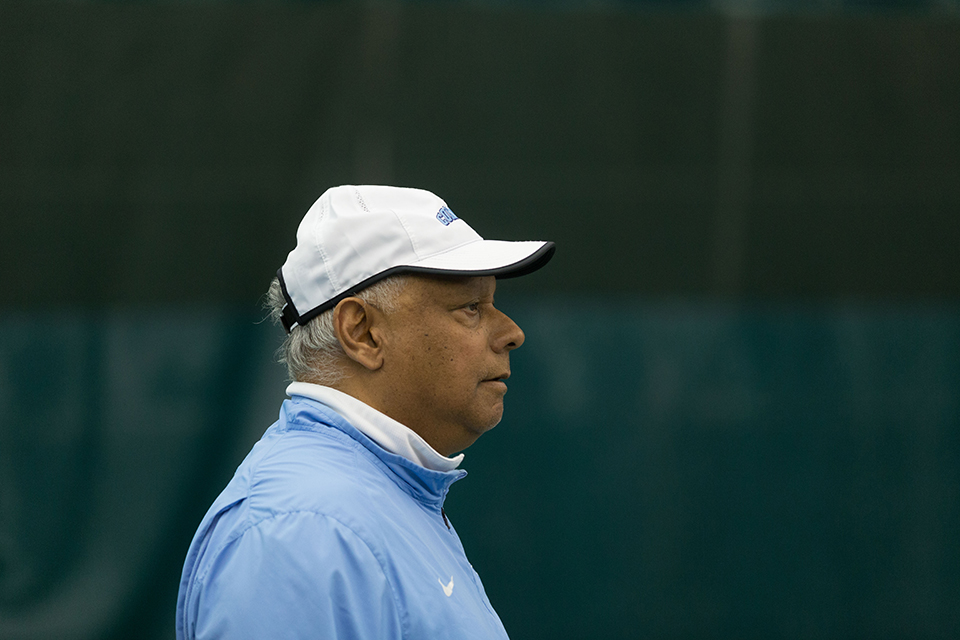 Since he took the helm in 1982, Goswami has led the men’s tennis team to 13 Ivy League championships, including five consecutive titles since 2014.

Goswami’s career spanned 37 seasons and saw an impressive number of successes. Since he took the helm in 1982, Goswami has led the men’s tennis team to 13 Ivy League championships, including five consecutive titles since 2014. He has also amassed the most wins among all head coaches who have served in the program, with a record of 493-196.

Other highlights on Goswami’s lengthy list of accomplishments include leading Columbia to 13 NCAA Tournament appearances, coaching three players who received All-American honors, and being named the first-ever Ivy League Men’s Tennis Coach of the Year.

In a message to the Columbia community, Goswami expressed gratitude for his time in the program and his hope for the team’s future.

“I am confident our program is in a very healthy and strong position now, so it feels this is the perfect time for me to retire,” Goswami wrote.

In honor of his legacy at Columbia, the head coaching position will officially be renamed the Bidyut K. Goswami Head Coach of Men’s Tennis following his retirement.