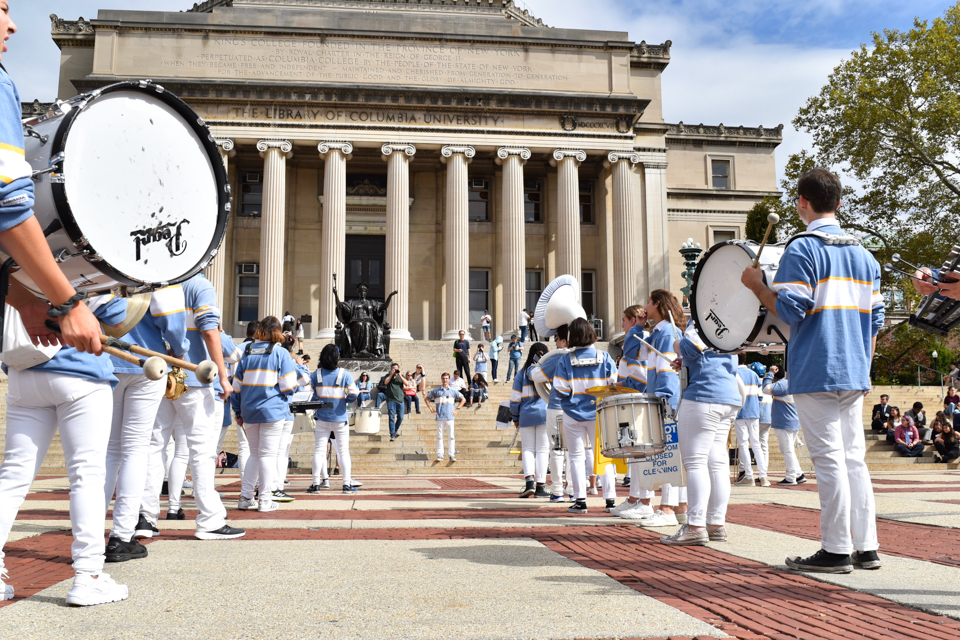 The band began their demonstration with a full performance on Low Steps, aptly titled “The Second CUMBing."

Just days after the University announced that the Columbia University Marching Band would be prohibited from performing at athletic events, the band played on.

On the morning of the football home opener—the first game CUMB had planned to perform at this academic year, before the ban was announced—the now-unofficial music group held a performance in protest of the decision on Low Steps. Then, band members returned their instruments to Teachers College before traveling up to Baker Field, where they continued their demonstration in the form of chants and vocalized trumpet lines as football took the field.

After being informed that any band members who brought an instrument to the football game would be subject to Dean’s Discipline, the band took it upon itself to comply with the rules while still doing what it does best: entertain the student body.

Earlier this week, the band was informed by administrators that it would no longer be able to perform at any athletics events, and that the University would instead invite outside community groups to put on gameday performances. The announcement came after CUMB was told by administrators last fall that its University funding would no longer be provided starting this academic year, and that the band should instead seek recognition through a student governing board to receive financial support. However, the band did not meet the necessary registration deadlines, meaning that it is currently an unofficial group and receives no Columbia funding.

CUMB’s show on the Steps, aptly titled “The Second CUMBing,” consisted of the songs and jokes that were supposed to make up its setlist for the football home opener.

According to band Head Manager Cameron Danesh, SEAS ’20, the band’s demonstration is representative of a larger part of Columbia’s athletics culture being taken from the school community.

“Playing the script and making jokes about the opposing football team has been our tradition for 60 years, and that’s something we’re not going to lose. What better place to show that than the middle of campus?” he said. “We’re trying to show that we’re going to do what we’ve always done. We’re going to support Columbia Athletics and the Columbia community as a whole.” 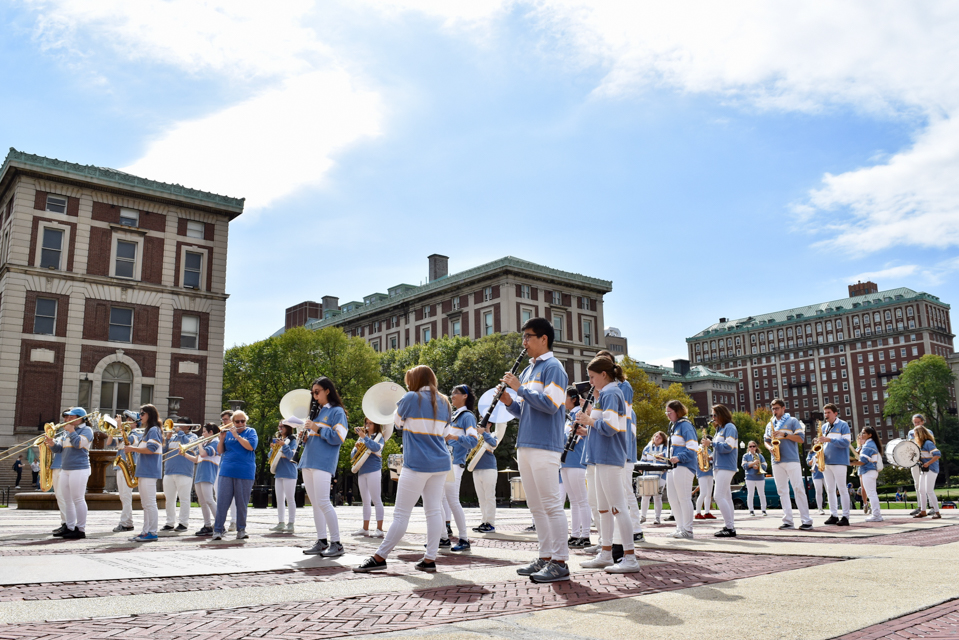 According to Personnel Manager Josh Tate, CC ’22, this demonstration will likely be the first of many for the band moving forward.

“We’re going to continue being a comedy group and a music group even if we don’t have any instruments at the games,” Tate said.

Band members alternated between singing and accompanying themselves with trumpet sounds they made with their mouths to replicate the play-sing-play format the band traditionally follows for Columbia fight songs.

Various members of the band maintained that the situation was emblematic of the disconnect between the administration and students, and all were adamant that the band is a necessity for football games, adding that they had no plans to stop demonstrating at games. 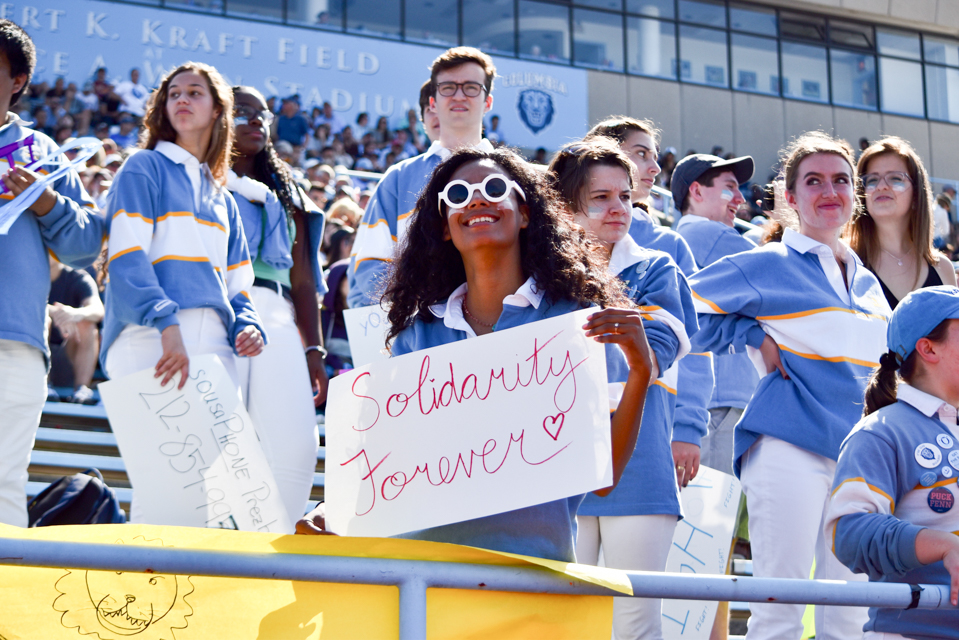 The band’s show was defined by continued cries of the trade union anthem “Solidarity Forever;” biblical exodus song “Go Down Moses;” and the band’s iconic rendition of “Roar, Lion, Roar.” Each chant ended with “fight for recognition,” and led to a myriad of CUMB members lifting hand-made signs demanding the administration let the band play at athletic events again.

In lieu of CUMB, Columbia Athletics hired the Staten Island Technical High School Marching Band to perform at the game, but its performance was often drowned out by the screams of the crowd and the chants of the marching band.

Members of the CUMB indicated that the band has plans to come out stronger on the other side.

“We came to prove the administration wrong and to keep the spirit of the band alive. We’re not going to go down without a fight. We’re Columbia’s band and we love our football team and we just want to keep supporting them,” Amilcar said.