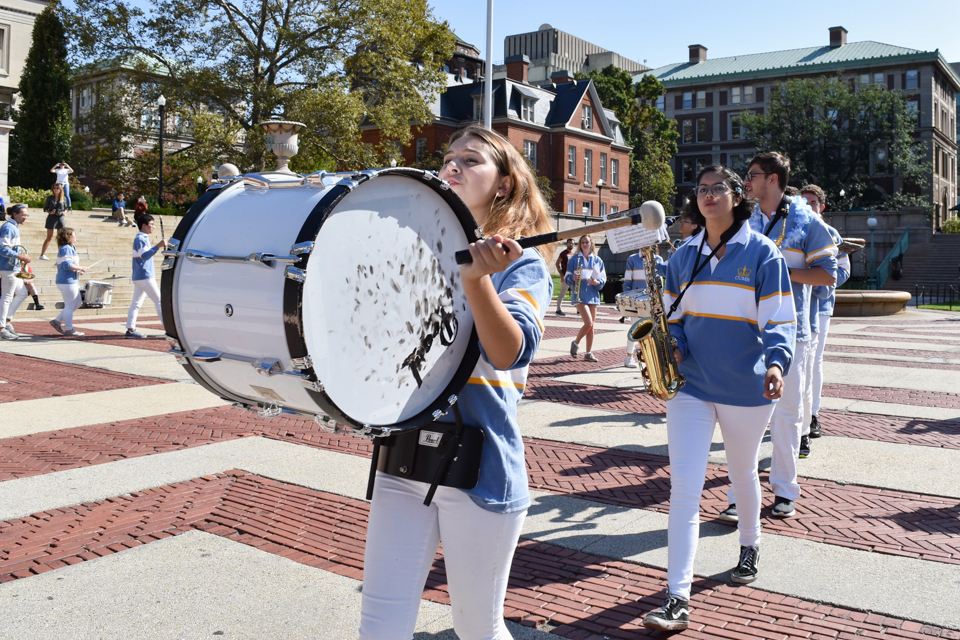 CUMB has raised nearly $7000 in two days from its GoFundMe campaign.

After starting a GoFundMe campaign to raise funds for travel to away football games, the Columbia University Marching Band has brought in nearly $7,000 in just two days.

Three days before the football home opener on Saturday, Sept. 28, Columbia Athletics announced that CUMB would be prohibited from playing at all future athletic events. Last fall, the University informed the band that it would cease to provide any funding starting this academic year, and that it should instead seek recognition from a student governing board in order to obtain financial support. The band failed to meet the necessary application deadlines last spring, and as a result, currently has no source of University funding.

Columbia Athletics has turned to community music groups to perform at home events in lieu of CUMB and plans to put together a new audition-based band later this year.

As part of the ban, the marching band was notified that any members who brought instruments to games would be subject to individual sanctions under Dean’s Discipline.

In protest of the ban, CUMB has continued to perform on campus, including at a show on Low Steps last Friday and a symbolic “performance” in the Baker Field stands on Saturday, sans instruments.

As football heads into Ivy League play, the band plans on performing at away games to keep up the traditions it has upheld for the more than 50 years since its inception as a scramble band.

The nearly $7,000 in donations come primarily from alumni—both former members of the band and not—who have remained impassioned about the band’s existence on campus and its legacy on Columbia athletics culture. At the time of publication, 55 people had donated to the cause, making for an average of $125 per donation.

According to the president and treasurer of the Armstrong Memorial Research Foundation, Alan Crosswell, SEAS ’81, SEAS ’85, the band is an integral part of Columbia.

“I was never a member of the band but have always appreciated their wry wit and cringed at their occasional over-the-top behavior, but have always supported their right to act like the sophomoric undergraduates they are. They come from a 100-year tradition of Ivy League scramble bands that must be honored. I can't imagine what the homecoming carnival or football game will be like without the band,” he wrote on the GoFundMe page.

Treasurer of the band Joelle Sherlock, SEAS ’22, said that a large percentage of the donations will help support the band’s travel to other Ivy League schools.

“The majority of our costs are transportation, so that’s where the money is primarily going,” she said. “We just want to continue what we’re doing and continue supporting the football team, since that’s what the band is supposed to do.”

CUMB will continue its demonstrations with a show on Friday at 6 p.m. on Low Steps, where it plans to perform its Princeton Field Show, ahead of traveling to Princeton for Columbia’s Ivy League opener on Saturday.