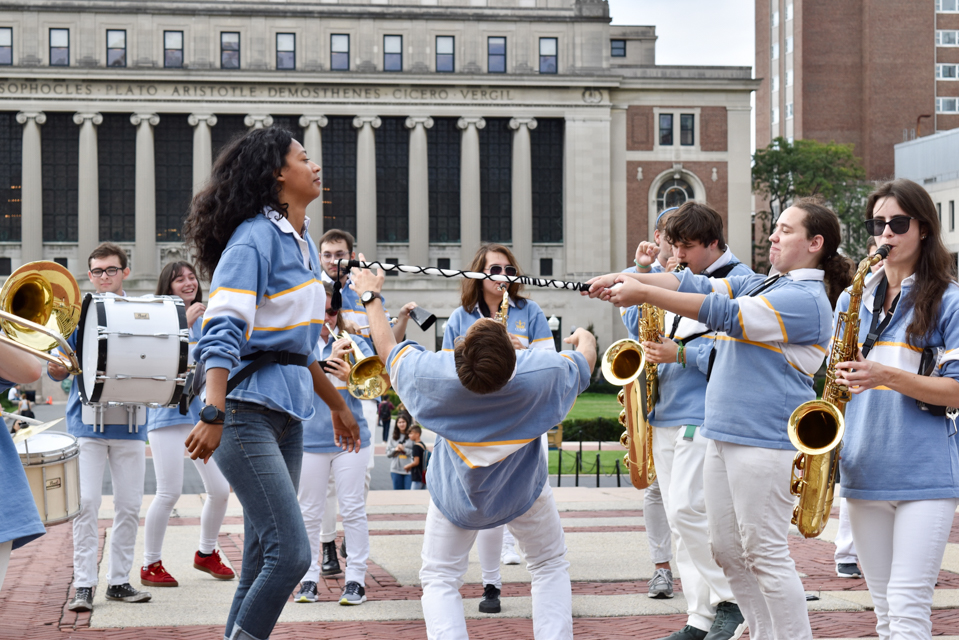 The Columbia University Marching band reached its fundraising goal of $25,000 on Sunday night through its GoFundMe campaign, which was created five days ago by the band’s alumni association.

The fundraiser was started in an effort to replace the allocation the band would no longer receive from the University.

Nearly two weeks ago, Columbia Athletics announced that CUMB would no longer be permitted to perform at all future athletic events. In fall 2018, the band was informed that all University funding would be pulled from the band beginning this academic year, and advised it instead seek recognition as an official student group. The band failed to meet the deadline for filing for recognition last spring and currently has no funding from the University.

Faced with the ban, CUMB has performed its scripts on Low Steps with its own instruments ahead of the past two football games and attended the games to cheer on the team sans instruments. According to band Poet Laureate Isabel Sepúlveda, CC ’21, playing these shows reminds the community of the band’s recent struggle with the administration.

“If we keep doing our shows, no one can forget that the band was defunded. We just don’t want the University to forget,” Sepúlveda said.

Head manager of the band Cameron Danesh, SEAS ’20, also emphasized the necessity of visibility for the band to regain its status on campus.

Former band member Zach Leiwant, CC ’06, began the fundraiser because he and the rest of the Columbia University Band Alumni Association wanted to seek financial support for the traditions CUMB has held since its formation as a scramble band in the 1960s.

“We really just wanted to throw the widest net as possible. If you look through the comments on the GoFundMe, the story of the marching band has been one that many people have really resonated with,” he said.

The vast majority of the donations were from CUMB alumni, but donations also came from Columbia alumni who were not involved in the marching band during their time on campus, as well as alumni from other Ivy marching bands. It was former band member Liz Pleshette, CC ’89, who donated the final $163 needed because she “wanted a bandie to take [the band] over the top.”

In an interview, Danesh expressed thanks to the CUMB alumni for their efforts in the quick success of the marching band’s fundraising efforts but admitted that reaching the band’s goal is only a first step.

“Our alumni have been amazing. They have raised so much money and awareness for us, and I’m really thankful for that. They’ve purchased instruments for us and have donated instruments once they’ve graduated. Our alumni have made sure the band is still alive, but this is not the end goal. We want to become recognized,” he said.