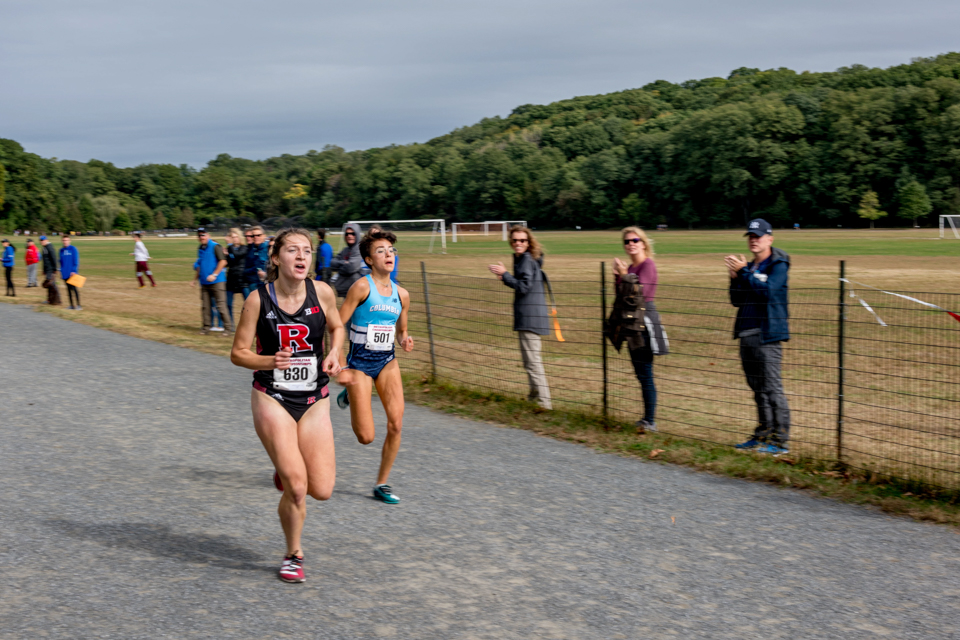 It came down to the wire, but sophomore Sofia Camacho Ferral pulled through when it counted. A late kick and shoulder-to-shoulder finish allowed Ferral to edge out Rutgers’ Olympia Martin for a first-place finish at the Metropolitan Cross Country Championships at Van Cortlandt Park on Friday.

For some of the runners, including Ferral, it was their first collegiate cross country race. Track and field and cross country director Daniel Ireland elected to run mostly underclassmen in the race so they could glean valuable racing experience, as they will be the ones leading Columbia’s varsity team in the coming years.

“That’s why I like this meet—we could run our varsity and win, but we’d rather run the young girls and have the pressure on them to see how they respond so that next year when we do count on them, they’ve been in the position,” Ireland said.

As a team, the Light Blue placed third in a field of nine teams, trailing only Rutgers and Fordham. It truly was a photo finish for Ferral, who finished in 18:19.1, while Martin crossed the line in 18:19.5. The only other top ten finisher for the Lions was sophomore Emily Rooney, who earned tenth with a time of 19:21.7. Sophomore Delaney Sanacore and senior Hana Sun finished 12th and 19th, respectively. The men’s team did not race due to a high number of ill runners.

Ferral, who said she doesn’t work out much at Van Cortlandt and was unsure of what to expect from the course, noted that while she was excited to run with the top pack, she did not expect to win. She credited Martin for doing “most of the work.”

Ferral had a strong start and maintained top-four positioning early. She began making moves to pass the second and third-place runners as the racers headed into the woods for their first go at the hill-ridden portion of the 5k course.

“It’s her first cross country race ever for Columbia, and to win is great,” Ireland said. “It was neat to see that [the team] actually went out and competed very well.”

Although she has limited collegiate cross country experience, Ferral trained for half of the indoor track season last year. She’s hoping that the additional training this fall will pay off during this spring’s indoor season. For now, though, her attention is on cross country.

Next week is an important one for the No. 24 Lions, who will compete in two meets. On Oct. 18, Columbia’s top seven female runners will head to Madison, Wisconsin for the Wisconsin Nuttycombe Invitational, which Ireland believes is “probably the best cross country meet in the country all year—during the regular season, no matter what time of the season.” The next 14 runners will race at the Princeton Invitational the following day to help decide who will represent the Light Blue at the conference championships on Nov. 1. The men’s team will also return next week to compete at Princeton.