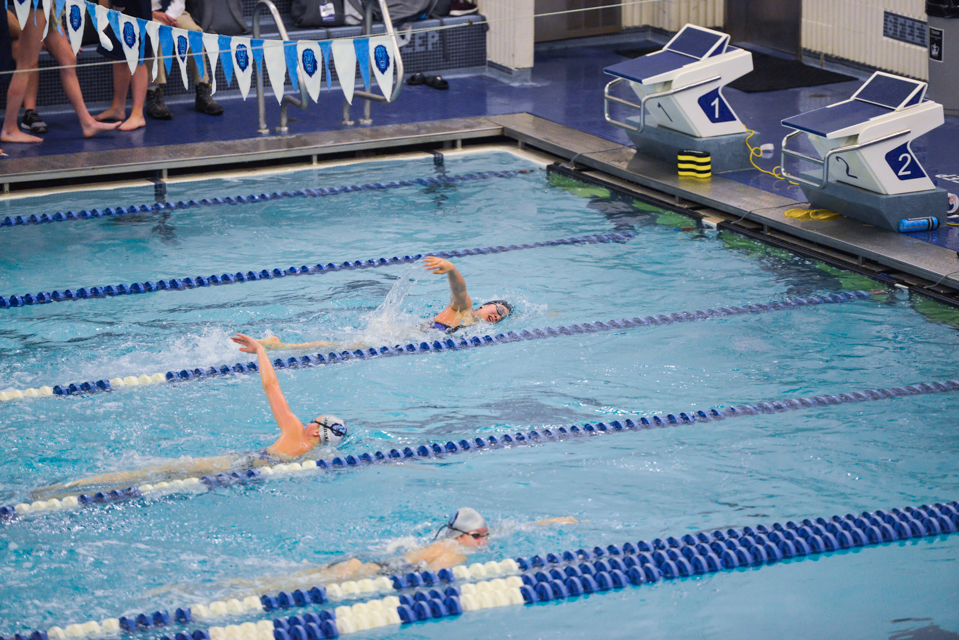 Last year, the Lions surged to an Ivy record of 5-2 before placing seventh at the Ivy League Championships.

During a Friday meet at the Percy Uris Natatorium, Columbia women’s swimming and diving (1-1, 1-1 Ivy) lost to Yale (3-0, 2-0 Ivy) by a decisive margin of 45 points. The meet saw slow freestyle and butterfly times, but a strong performance from the team’s first-years.

The Bulldogs, who defeated MIT and Brown before visiting Columbia, started Friday’s meet triumphant in the 3-meter dive, an event that the Lions won last week in their match against Penn. The Light Blue took the first swimming event of the meet with the 200-yard medley relay, topping Yale by less than five-tenths of a second.

Columbia did its best to cut the margin with senior Helen Wojdylo’s sweep of the breaststroke events for the second straight week, winning Friday’s 100- and 200-yard breaststroke races by over a second each.

Wojdylo, who has qualified for the 2020 Olympic trials in Omaha, was last year’s Ivy League champion in the 100-yard breaststroke and the Lions’ first conference champion since 2013. The senior hasn’t missed a beat this year, winning every event—individual and relay—that she has participated in so far.

Right before the second half of the meet was fully underway, the Light Blue and Bulldogs were interrupted by a fire alarm, which stopped play for about 30 minutes.

“After the fire alarm, we had to get back up and go together as a team. … There was never a dull moment; we really were like ‘let’s go,’” Wojdylo said.

Another highlight of the Lions’ effort on Friday was the impressive performances of their first-years. Olivia Jubin won the 500-yard freestyle by a comfortable margin of six seconds, while Karen Liu grabbed the 200-yard individual medley with a similarly wide victory of four seconds over the nearest Yale swimmer.

“The freshmen bring a lot of energy and a lot of fast swimming, so we’re really excited to have such a strong group of freshmen contributing at the level they are,” head coach Diana Caskey said.

Ultimately, the Bulldogs rode consistent performances to an overall win amid some events that saw Columbia underperform, like the long-distance 1000-yard freestyle, where the Lions only managed to finish 26 seconds behind Yale’s fastest swimmer.

The Light Blue, which dominated Penn by a commanding score of 195-105 last week, is confident in its ability to continue to prove itself moving forward.

“I think our goal is to have a higher finish at Ivys, as well as to have just as good of a dual-meet season as we did last year,” Wojdylo said.

Last year, the Lions surged to an Ivy record of 5-2 before placing seventh at the Ivy League Championships, a disappointing finish for a team with such a strong regular-season record. Wojdylo, however, remains positive given what she’s seen this year.

“If we continue to keep our energy up and our team cohesiveness going forward, I think that we are going to be a really tough team to compete against.”

Columbia will line up next at the Percy Uris Natatorium on Friday, Nov. 22 at 12 p.m. to face Harvard.