“We’ve got to be a lot faster”: Men’s swimming places fifth at Big Al Invite

“We’ve got to be a lot faster”: Men’s swimming places fifth at Big Al Invite 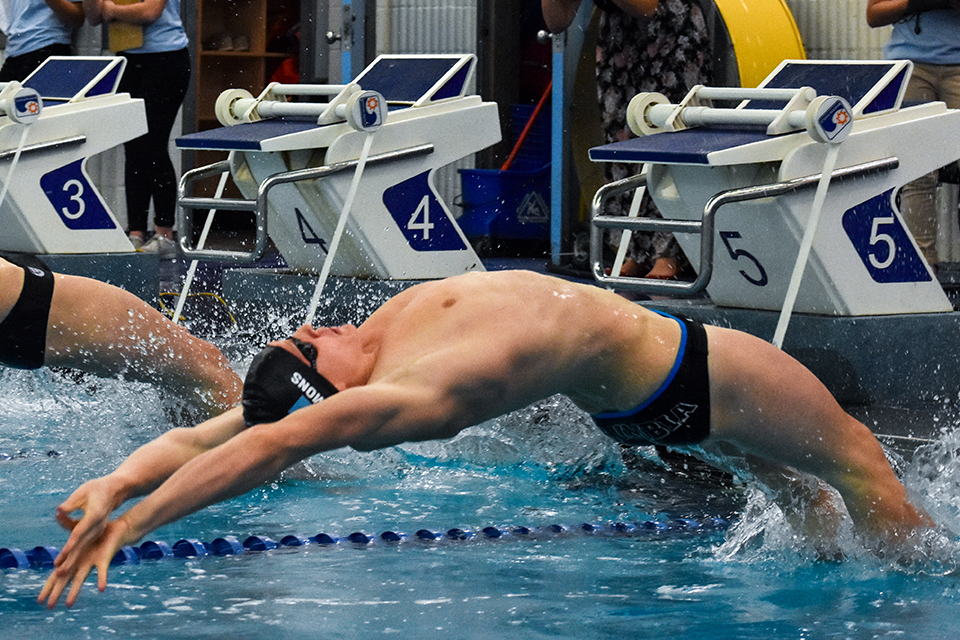 Despite strong performances by Columbia’s relay swimmers and sprinters, men’s swimming finished fifth of seven teams at Princeton’s Big Al Invite this weekend, managing only one first-place finish in 21 events.

With the diving team away to compete in the Rutgers Invitational, swimming finished with 446.5 points, several hundred behind conference rivals Princeton (887.5) and Brown (743.5).

The invite featured both Ivy competition in Princeton, Brown, and Dartmouth and non-conference opponents Penn State, Denver, and Johns Hopkins. These six schools brought high-quality competition, according to head coach Jim Bolster. He said that even though the Light Blue did not taper for their first invitational meet of the season, the team’s underwhelming performance was due to this year’s tough opposition.

“In the past, this meet didn’t have quite the caliber of competition that it had this weekend,” Bolster said. “That added a dimension to the meet that we haven’t seen in the past, so we didn’t have as many second swims as we’ve had in previous years.”

Even when Columbia did manage to make the finals, it was often overpowered by rivals. Despite personal bests or Division I-B qualifying times for many swimmers, those times still were not quick enough for top-three finishes. In the 50 freestyle, one of Columbia’s most competitive events, junior Albert Gwo set a school record with a blazing 19.50 time. Sophomore Jonas Kistorp finished right behind Gwo with an exciting sub-20-second milestone of 19.92. However, the historic performances earned them only fourth and fifth places in the event, behind Denver and Penn State swimmers.

“That was really nice to see for Albert, very well deserved,” Bolster said. “I didn’t necessarily anticipate that we would get a school record. That certainly wasn’t what we were focusing on. … He looked really good, so hopefully, he will be able to swim even faster at our championship meet.”

Columbia’s only first-place finish of the weekend came in the 100 butterfly. Kistorp blazed through the event with a dominant sprint to claim a win by under two-tenths of a second, and teammates finished fourth and sixth to cement the Light Blue’s claim on the race. Another positive takeaway: The Lions earned a pair of second-place finishes in the 200 freestyle relay and the 400 medley relay, and recorded six DIB qualifying times.

“I think they have a lot to be excited about, lots of positive results this weekend,” Bolster said. “Hopefully they’ll keep that in the forefront of their brains as they train.”

While there were individual positives to take away, Bolster’s main message to the team going into the break will be one of focus on training and hard work.

“There’s a lot of fast competition out there,” Bolster said. “If we’re going to be in the hunt at the end, we’ve got to be a lot faster than we were this weekend. … But this should give them a good barometer as to where they are and what they need to do in the second half of the year to make sure they have their best season ever.”

Men’s swimming and diving will face Cornell on Tuesday, Jan. 14, at the Percy Uris Natatorium. Racing will begin at 1 p.m.