No. 22 Princeton overwhelms women’s swimming and diving in soundest loss of season

No. 22 Princeton overwhelms women’s swimming and diving in soundest loss of season 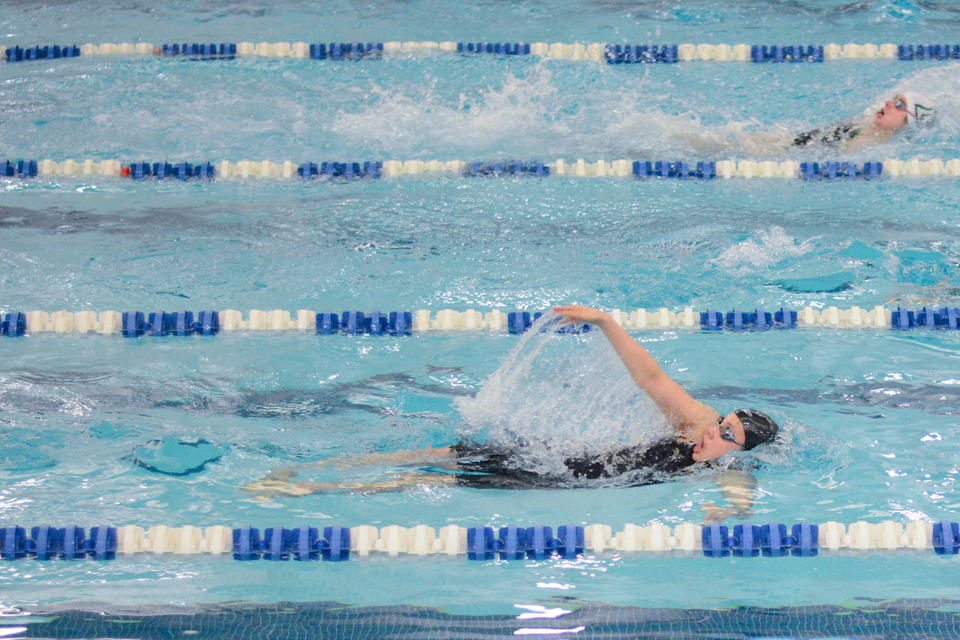 Two of three of the Lions’ event wins came from first-year Olivia Jubin.

In the last road dual meet of the spring, No. 22 Princeton (7-1, 5-0 Ivy) defeated Columbia (3-3, 3-3 Ivy) in its soundest loss of the season. The Lions only mustered three event wins and six second-place finishes on the day, struggling to match up against a formidable Princeton squad, which ended up winning the meet 210-87.

Two of three of the Light Blue’s event wins came from first-year Olivia Jubin who continued to solidify her position as one of Columbia’s top swimmers. In the 200-yard freestyle, Jubin swam a personal best, notching a time of 1:47.79. Then, in the 500-yard freestyle, the first-year blew past both her competitors with a second personal best, touching the wall at 4:50.71, more than five seconds faster than any Princeton swimmer.

Head coach Diana Caskey emphasized Jubin’s work ethic and her training as catalysts for her success this season.

“Olivia is a really hard worker and invests herself in her swimming and is very versatile, so it’s a lot of fun to work with her. She comes from a good club and was a great swimmer coming in, but I think she’s getting some more focused training, and I think that is showing up in all of her in-season personal bests that she’s accomplishing,” Caskey said.

Aside from Jubin, the Lions struggled to produce event wins against the Tigers. Their only other victory coming from junior Emily Wang, who swam a 55.25 in the 100-yard butterfly to secure the race.

Caskey discussed the difficulties that came with competing against a foe like the Tigers, who dominated Ivy League opponents all season long, holding both Cornell and Penn to point totals in the fifties.

“On paper, if you looked at us and Princeton, it was going to be a tall order for us to beat them since you have times you can compare,” Caskey explained.

The Tigers, who have raced to an undefeated Ivy League record this season, are the only team from the Ancient Eight to have earned a national ranking from The College Swimming & Diving Coaches Association of America and have only lost to Rutgers this season.

Caskey was optimistic, though, looking forward to Columbia’s last dual meet of the year: Senior Day at home against Dartmouth. The Big Green have struggled with its Ivy League slate so far, posting a 1-3 record in the conference.

“We’re really excited to honor our seniors and finish our season at home.”

The Lions face Dartmouth at the Percy Uris Natatorium at 3 p.m on Saturday, Feb.1.