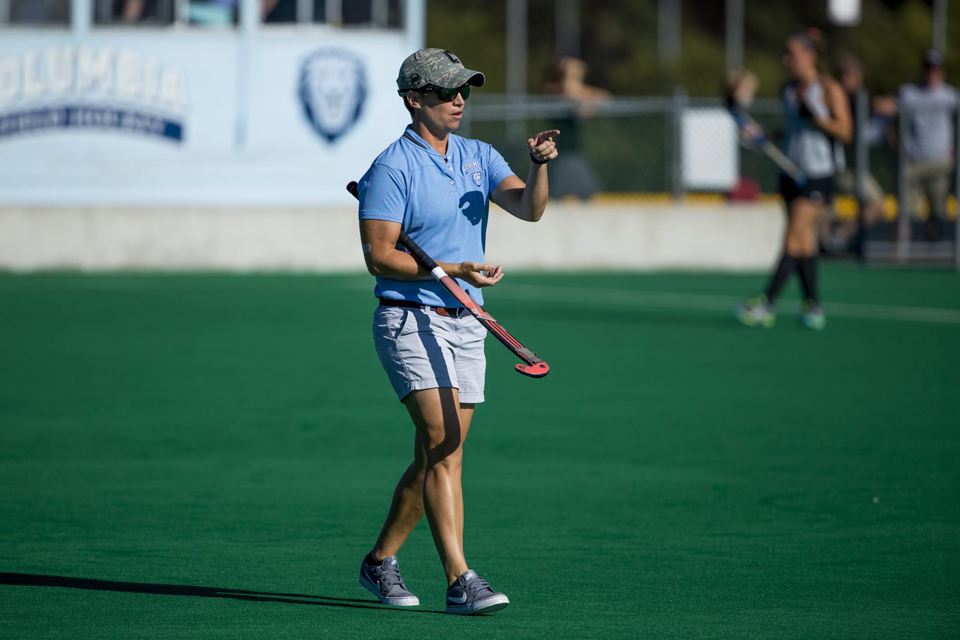 After eight total seasons with the Lions, Caroline Nelson-Nichols will take the helm of the USWNT.

USA Field Hockey has named Caroline Nelson-Nichols as the new U.S. Women’s National Team head coach. Nelson-Nichols departed from her role as the head coach of Columbia’s field hockey team, a position she held for five seasons, with a total of 41 wins and 43 losses.

In a press release, Athletic Director Peter Pilling thanked Nelson-Nichols for her time at Columbia.

“We are very appreciative for all of Caroline’s hard work during her years at Columbia and wish her and our national team great success,” Pilling said.

Nelson-Nichols, who spent three years as an assistant coach at Columbia before taking the helm as head coach, has a history of representing the United States. She played for the USWNT from 2007 to 2014 while also playing in the 2008 Beijing Olympics and the 2012 London Olympics.

“I’m looking forward to hopefully inspiring younger women in the college ranks to want to pursue a career with the national team and continuing to represent my country. I’m really honored to get the chance to do that,” she said.

In her years with the Lions, Nelson-Nichols proved her ability to cultivate and develop a strong program and players, leading the team to 16 All-Ivy League and nine National Field Hockey Coaches Association All-Region selections.

For Nelson-Nichols, it is these relationships with players that will stick with her in the future.

“One of the really cool things [about coaching] is the incredibly unique women that I had a chance to work with and the relationships I was able to build with them,” she said. “They taught me so much every day as I navigated my role there, and I’m really looking forward to following their development and how they kind of continue to play in the program.”

In 2019, Nelson-Nichols’ efforts took shape on the field as the Lions defeated ranked opponents for the first time in program history, beating No. 22 Boston University and No. 24 Maine. Though the Light Blue finished with a 7-9 record, all but one of its games were decided by two or fewer goals.

Nelson-Nichols praised the determination of her athletes at Columbia, which she said made her confident for what comes next.

“I’m super excited for [the future]. I think the players have put in a ton of work over the past couple of years to build the program that they wanted. It’s really their blood, sweat, and tears that have gone into everything,” Nelson-Nichols said. “Given that that’s the foundation of the program, I think the players will continue to drive it in a really positive direction.”

As for Columbia field hockey, Pilling said the effort to replace Nelson-Nichols will start immediately.