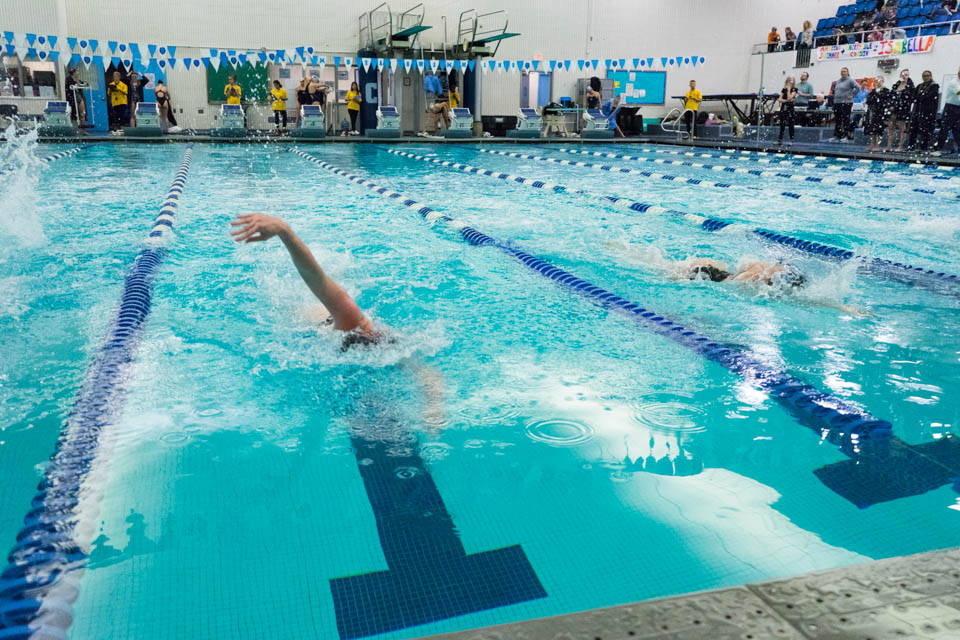 Women’s swimming and diving placed sixth at the Ivy League Championships this past weekend, underperforming its dual-meet season, where it won four out of seven meets against Ivy League teams. Though the team struggled to keep up with Ancient Eight titans Princeton and Harvard, the meet was capped by impressive individual performances.

Though Wojdylo couldn’t replicate last year’s greatness in the breaststroke, she proved her versatility by setting a personal record in the 200-yard individual medley, taking home third with a time of 1:58.72.

Head coach Diana Caskey reflected on Wojdylo’s performance, emphasizing the role she’s played throughout her four years with the Lions.

“Of course, she was hoping to break the minute mark … but she has just been such a rock for this program and we are so grateful for all of her diligence, fast swimming, and team-motivating performances.”

Another highlight for the Lions was the performance by sophomore Mary Pruden, who broke the school record in the 200-yard backstroke with a mark of 1:57.52, knocking off her teammate senior Julia Samson’s previous time: 1:58.11.

Samson, who has placed in the top 10 in the finals of the 100-yard backstroke for three consecutive years, earned an eighth-place finish on Friday, notching a time of 55.63. The senior’s consistency across her career is a remarkable achievement.

“It is definitely a feat to final in any event across your whole career, not only because it’s tough to do, but there are always many hungry freshmen that come into the league rearing to go, so it’s quite impressive,” Caskey said, attributing Samson’s success to her endurance throughout her time as a Lion. “It’s a credit to her mental stamina.”

In diving, sophomore Briget Rosendahl furthered her strong season, placing sixth in the 3-meter final with a score of 302.75. Rosendahl also placed seventh on the 1-meter springboard, the Light Blue’s only top-10 finisher in either of the diving championship finals.

No. 22 Princeton (9-1, 7-0 Ivy) emerged victorious at the end of the championships, winning a conference-best 23rd Ivy League title. This reign of dominance proved difficult for competitors to match, as the Tigers were over 100 points better than second-place Harvard.

The Light Blue as a whole did not reach its full potential at the championship meet. Though the Lions comfortably defeated both Penn and Brown in dual-meets, they fell behind at the Ivy League Championships, only placing ahead of Cornell and Dartmouth.

Although the Ivy League Championships are the end of the conference season, a group of Lions will travel to Annapolis, Maryland from Feb. 28 to Mar. 1 for the ECAC Championships.