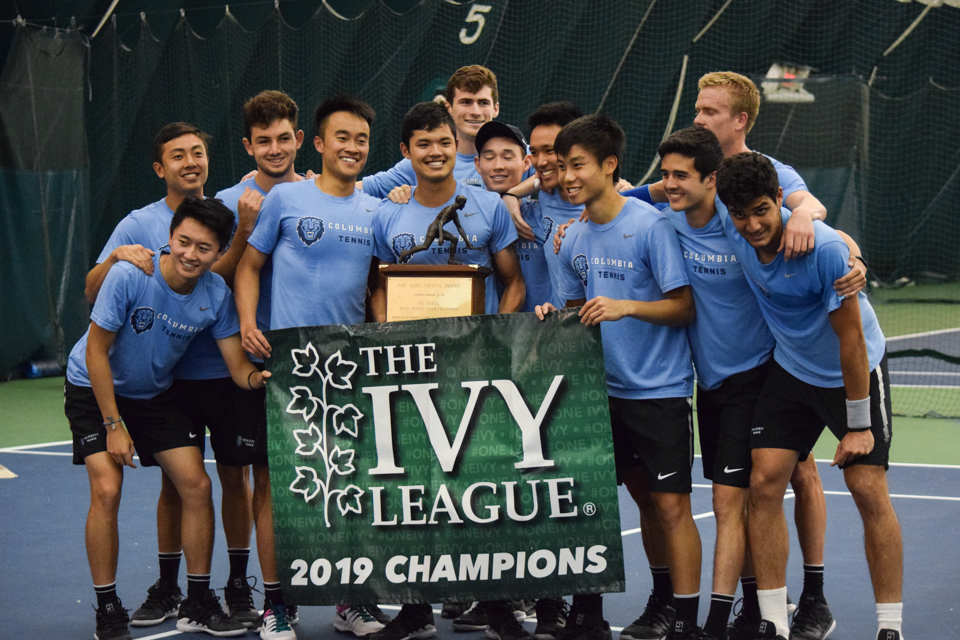 The cancelation of the spring season prevents programs like men’s tennis, which has won the Ancient Eight crown for six consecutive years, will no longer have the opportunity to compete this year.

The Ivy League has decided to cancel all practices and competitions for spring sports, league administrators announced today. For winter sports and individual players in postseason competitions, individual institutions will have the jurisdiction to decide whether their athletes will participate.

This announcement follows Columbia Athletics’ release yesterday afternoon, which claimed that practices, competitions, and travel for spring sports would continue for the foreseeable future, with limited in-person attendance at any public events. Now, following the Ivy League’s decision, spring teams such as the men’s tennis team, which has won the Ancient Eight crown for six consecutive years, will no longer have the opportunity to compete.

Athletic Director Peter Pilling gave his sympathies to athletes whose seasons were canceled in a statement to the Columbia community.

“Please know that the Ivy League Presidents did not make this decision lightly. It was made in the best interest of public health, with the guidance of leading medical professionals. Although we are supportive of the Ivy League’s decision, we are heartbroken for our student-athletes who will not be able to compete in the spring,” Pilling wrote.

Amid the growing COVID-19 outbreak, universities across the nation have moved to ban large gatherings, hold courses online, and prohibit students from returning to campus in line with prevention recommendations from the Centers for Disease Control and Prevention.

While Columbia has elected to keep its campus open to students despite moving classes online, Harvard University and Amherst College both gave students less than a week to move out of their dormitories, with little instruction regarding accommodations for students with financial insecurity or whose homes are in countries labeled high-risk locations. These circumstances have made practices and matches unfeasible across the Ivy League.

Yesterday, the Ivy League also announced that it was canceling the 2020 Ivy League Men’s and Women’s Basketball Tournaments scheduled to take place from March 13 to 15 in Cambridge, Massachusetts soon after Harvard reported it would be closing its campus to students. The decision garnered significant controversy from many Ivy League teams, many of whom began circulating an online petition calling for the tournaments to be reinstated. Basketball is one of the most-viewed and -sponsored sports in the league, with strong alumni bases and games streamed live on ESPN Plus.

Amid these decisions by Ivy League universities, the NCAA has not yet canceled its tournaments scheduled this March but announced that in-venue viewership will be heavily restricted. These tournaments, which will be held in light of the recommendations from the CDC against mass gatherings and nonessential travel, bring together 132 teams and over 3,000 athletes and coaches from across the country in comparison to the eight teams who play at Ivy tournaments collectively. in order to prevent the spread of COVID-19. This year, No. 1 women’s team Princeton and No. 1 men’s team Yale will automatically qualify.

The NCAA Zone A Diving Championships, which started on Monday and continue through today, will also proceed, as long as athletes choose to compete.

At the time of publishing, Columbia Athletics has not responded to requests for comment.