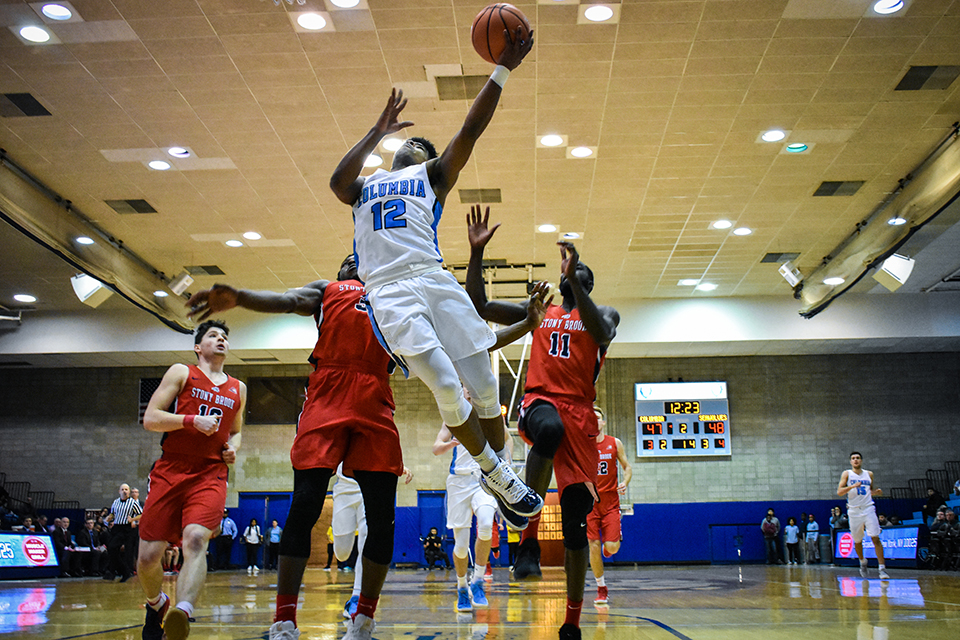 Traditionally, basketball is the most profitable sport for the Ancient Eight conference, but even then, it cannot compete with larger Division I conferences.

As COVID-19 cases continue to surge across the United States, the Ivy League announced that it will cancel all winter sports practices and competitions on Thursday afternoon. All winter teams—men’s and women’s basketball, swimming, squash, fencing, and men’s wrestling—will be prohibited from competing, but practices will be allowed to take place if they follow each respective university’s and state’s safety guidelines.

Just like its decisions in March and July, the Ancient Eight led Division I in being the first conference to cancel athletics. This move was followed by larger conferences suspending competitions, which was met with great animosity and even intervention by President Donald Trump, who demanded that Big 10 football games take place. All of the Football Bowl Subdivision conferences eventually overturned their decisions to not play earlier in the fall. These leagues have since seen canceled games, practices, and mandated quarantines of players, as they have not been able to keep COVID-19 out of their ranks. Both the MLB and the NHL had to cancel or postpone numerous games and practices for the same reasons.

A release signed by all eight Ivy League university presidents pointed to the rising number of cases nationally and safety risk in resuming athletics programming.

“Regrettably, the current trends regarding transmission of the COVID-19 virus and subsequent protocols that must be put in place are impeding our strong desire to return to intercollegiate athletics competition in a safe manner,” the statement reads. Currently, no state is “close to containment” of the virus, according to the scale developed by the Harvard Global Health Institute.

Even without the rising threat of the pandemic, almost all Ivy League institutions do not have their entire student body on campus, making full participation in athletics impossible unless athletes receive preferential treatment for on-campus housing for the upcoming semester, though Columbia College and the School for Engineering and Applied Sciences have yet to announce their plans.

Out of all sports, the Ivy League’s most profitable is basketball—the league routinely loses money on football each year. However, there is far less financial pressure for the Ancient Eight to cancel athletics. Unlike other universities where donations heavily depend on attendance and are televised nationally, Ivy League games are often relegated to local networks or ESPN Plus. Ivy League basketball, for example, had a revenue of $18.2 million in 2018. Duke, a single program in the Atlantic Coast Conference, generated $36.4 million from just its men’s program that same year.

Its recent actions show how little revenue actually matters in the grand scheme of Ivy League athletics. Last season, the Ancient Eight made the decision to limit the number of back-to-back weekends each team had, stretching the season from its traditional eight weeks of Ivy play to 10.

Big-name conferences often push their games to weeknights for a larger viewership, which is often detrimental to their athletes as these are school nights. However, according to economists, this Ivy decision to make the balance easier for student athletes could possibly decrease the revenue generated for the Ivy League.

“The concentration impressions reduce when you’re only playing one event. The more presence you have, the more popularity and the greater revenue you’ll be able to receive,” Kenneth Shropshire, CEO of the Global Sport Institute and Adidas distinguished professor of global sport at Arizona State University, said in an interview with Spectator in February.

“The Ivy League is different because it has made a schedule that is more student-friendly where athletes don’t need to go on a bus every weekend, be away two times a week,” he added

For Columbia, its men’s basketball program has seen a recent decline in performance and donations. In the 2019-20 season, Columbia tallied a 1-13 record in Ivy play with a 13-game losing streak. Traditionally, the team has had the second greatest amount in donations on Giving Day. The program raised $220,000 less this year compared to 2019, causing the team to fall to 21st with only $30,000—lower than all sports apart from women’s golf and archery.

So far, only smaller Division II and III programs have decided to cancel any competitions, and as the only Division I conference that does not offer any athletic scholarships, nor make any real profits from its programs, this decision may not shift any other Division I leagues.