Shifting gears: With no competition in sight, club athletes forge their own paths to participation

Shifting gears: With no competition in sight, club athletes forge their own paths to participation 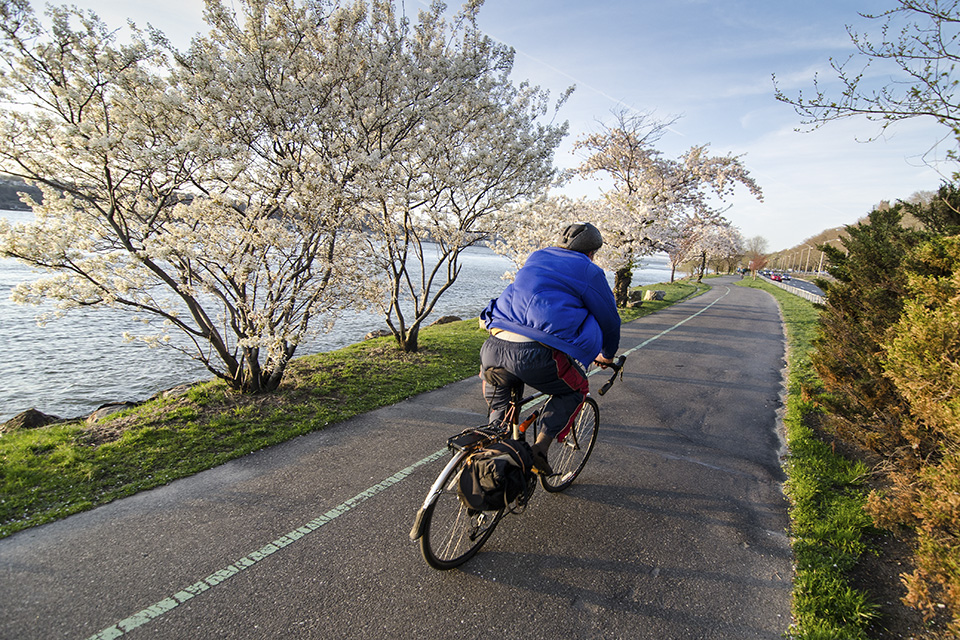 Club sports at Columbia have shown remarkable resilience in the face of extraordinary restrictions set by the pandemic.

It’s a couple of months into the start of a new school year, and sections of New York City are starting to turn bright red and orange. Looking around Van Cortlandt Park, fall has arrived, painting the park in a stream of colorful hues. Trees and grass aside, the park is eerily empty. On a weekend when visitors would typically see flying disks streaking through the sky, college teams from around the tri-state area dotting the fields, and a steady stream of high school cross country runners grinding through their 5K races, you can only spot one woman taking her dog out on a morning stroll.

Arthur Chen, CC ’21, the president and captain of the Columbia men’s Ultimate team, is currently living through the fall semester across the country in Fremont, California. In any other year, you would find Chen organizing and competing in the Van Cortlandt Park Ultimate tournament, in which Columbia plays against other teams in the Metro East division. However, this has been anything but a normal year. Chen’s team has been on hiatus since the cancellation of last year’s spring season. When Chen flew home in the second week of March, he had no clue when he would see the field again. Half a year later, college Ultimate still shows no signs of returning, and Chen remains sidelined, antsy to get back into action.

Ever since the first outbreak in December, the coronavirus has dramatically changed the world, killing over one million people worldwide. In the United States alone, it has claimed more than 200,000 lives. Despite efforts in many states to slow the spread of the virus, the coronavirus has once again picked up, with no signs hinting at a return to normal. Vaccine experts estimate that the general public could have access to a vaccine by February at the earliest, but more realistically, by summer 2021.

Columbia, like most universities, sent its students home in the spring and invited only a limited number of them back in the fall. Amid the pandemic, the University set strict guidelines for all of its athletics facilities. Ivy League fall sports were canceled, a heartbreaking but necessary call before any other Division I conference. While the fate of varsity athletics was sealed by the overarching Ancient Eight, club athletics were left to determine their own path within their respective leagues, often outside the realm of varsity conferences.

Through all the chaos and turmoil, club sports at Columbia had to adapt to their new circumstances. Compared to NCAA athletes who are often recruited and place the utmost importance on their sport of choice, athletes in club sports treat their passion differently: practices are less frequent, newcomers are often given ample time to learn, and most competitions are not at the same level of rigor as in varsity sports.

On the surface, it has been a desolate few months for club sports at Columbia. To curb the spread of the coronavirus, there have been some University-wide restrictions, including banning official gatherings, which harshly limited sports clubs' ability to conduct organized activities with the few team members who are available. Funding has been cut—a once-reliable stream of money that paid for tournament fees, equipment, and travel has been throttled. But club athletes at Columbia have found different ways to get by, drawing on available resources and a shared love for their sports and exhibiting a resilience that encapsulates the essence of the sports experience.

For some club athletes, nothing can take their sport away from them. President of the cycling team Wenjia Zhao, TC ’21, continues to ride five to six times a week, for two to three hours on end.

Immediately after the cancellation of the cycling team’s season before its official start in March, Zhao found motivation hard to come by.

“We were supposed to race in March—we were all prepared to win some races, but they were canceled,” Zhao said.

While training seemed pointless at a time when the season seemed suspended indefinitely, Zhao eventually found his drive to continue cycling. He takes care of his fitness through intensive systematic training, from cycling almost daily to conducting a variety of different individual workouts.

Zhao views staying in shape as a key part of his life. Cycling requires top notch physique, and he takes pride in the time and effort of his individual training, though he misses the group rides with his team. Before the pandemic, the team would meet every Wednesday morning at Grant’s Tomb to get a ride in before classes. On a typical weekend ride, eight or nine team members would meet up for a ride that snaked up the Riverside shore, across the George Washington bridge, and onto the 9W bicycle path.

While cycling focuses on each individual’s strength and stamina, Zhao says group riding is far more enjoyable than riding alone—drafting, or riding directly behind someone else, saves a considerable amount of energy normally lost to air resistance, and riders will take turns pulling ahead.

“We see the others working hard. It’s really good motivation and it looks really cool when you see the others wearing the team kit. It’s like a train moving forward really fast,” Zhao said with a smile. Even without his fellow cyclers at his side, Zhao makes sure to keep up with his sport, ready to get back into action if the 2021 season happens.

It’s not as easy for Chen and his team to keep up with Ultimate. It’s to be expected that team sports have become less accessible than individual sports during the pandemic, as they need multiple people together to practice and play. Chen often finds himself tossing in Memorial Glade, the biggest lawn at University of California Berkeley, but there’s no opportunity for him to work on his in-game skills. “There’s not much I could do except watch more film,” he said.

While he has encouraged his teammates to seek out local pickup games where people in the community get together and play casually, Chen himself is stuck in the Bay Area, where there has not been organized pickup.

Ultimate, similar to cycling, had its spring season canceled because of the coronavirus. After a year of practice, the team’s spring season started and ended with a tournament in Prospect Park, two weekends before everything shut down. “We were like ‘OK, cool. So that was it. We got in one tournament,’” Chen said.

Not being able to play organized team sports has significantly changed the course of the Ultimate team, especially since the fall semester is viewed as a developmental period for new members. Ultimate accepts all interested members regardless of experience, and the fall tournaments are key to practicing fundamentals before the official spring regular season begins. Besides hosting a tournament at Van Cortlandt Park, the men’s team starts its season off by going to a tournament at Rutgers.

“We usually go to that because it’s relatively early in the season so the people who are on the fence about joining Ultimate can actually have tournament experience,” Chen said. Understandably, fewer newcomers joined the team this year than in previous years, and progress in skill level has stalled for most members of the team.

While Chen recognizes that the quarantine period must have affected the skill level of his teammates, he does not view it as a concern. He understands that the team has still kept its relative place compared to other teams who have gone through the same thing.

Facing the possibility of a second consecutive lost season, Chen remains optimistic for the team’s future. In the long run, the loss of last year’s season will hopefully be viewed as a temporary road block for a young team poised for success.

“We have a very promising rookie and sophomore core. That development is the most important. Now, how they develop is a different question,” Chen said.

For some teams like cycling and Ultimate, the pandemic marked an end to what seemed like a promising season. For others who were fortunate enough to have a 2020 season prior to the pandemic, the upcoming spring may still be in jeopardy. Andy Dunn, GS ’21 and president of Columbia’s Ice Hockey team, is hopeful for a condensed spring season of what was originally a fall and winter sport. Though his team escaped unscathed half a year ago, it is feeling the brunt of the effects during what was supposed to be its main season.

On Fridays, you can find Dunn at the open hockey session in Chelsea Piers, getting informal playing time in and staying on the ice. It’s no replacement for the annual Ivy League tournament at Princeton or the East Coast Showdown tournament in Philadelphia, but Dunn is making the best out of what he has to work with.

Columbia’s ice hockey team, which competes in the American Collegiate Hockey Association, normally plays from the second week of September to late February. The team would have been building on the momentum of its strongest season in recent years had the pandemic not occurred. Like other fall sports, the season has been canceled, with talks of a condensed spring season if possible.

“It eliminates the possibility of playing in tournaments besides playoffs or an ACHA regional tournament,” Dunn said.

Road trips and tournaments are the highlights of the ice hockey experience, so while a spring season will offer less, Dunn hopes there is at least a chance for a regular season. If a spring season is confirmed later in the year, he is confident that between the incoming players and returners in New York, there are more than enough players to ice a team.While Dunn admits that “the main hurdle is probably logistics,” he has full faith in his teammates' enthusiasm: “I’m sure they’re getting very antsy to go out and play whenever they can.”

There is one word to describe what all club teams are still dealing with now: uncertainty. Will there be a season this year? Will we have enough players on campus? Will the teams come back with the same energy and enthusiasm that they had before the pandemic struck? Until anything definitive can be determined, club sports will continue to make do with whatever is at hand and hope to get back to normal sooner than later.

It’s Monday, and Dunn wakes up early to go on his morning run through Central Park. Now that there are no late-night practices and games, he no longer wakes up fatigued after an intense weekend of hockey and has worked a morning running routine into his schedule. He knows this fall is nothing like what he envisioned his senior ice hockey season to be, but he is making the best out of the situation. He puts on a mask and steps outside.

Central Park is bursting with vibrant colors. The leaves have started to fall. Perhaps tomorrow, things will be different.