Bold and Brazen: Celebrating art and mental health as a Black student-athlete

Bold and Brazen: Celebrating art and mental health as a Black student-athlete 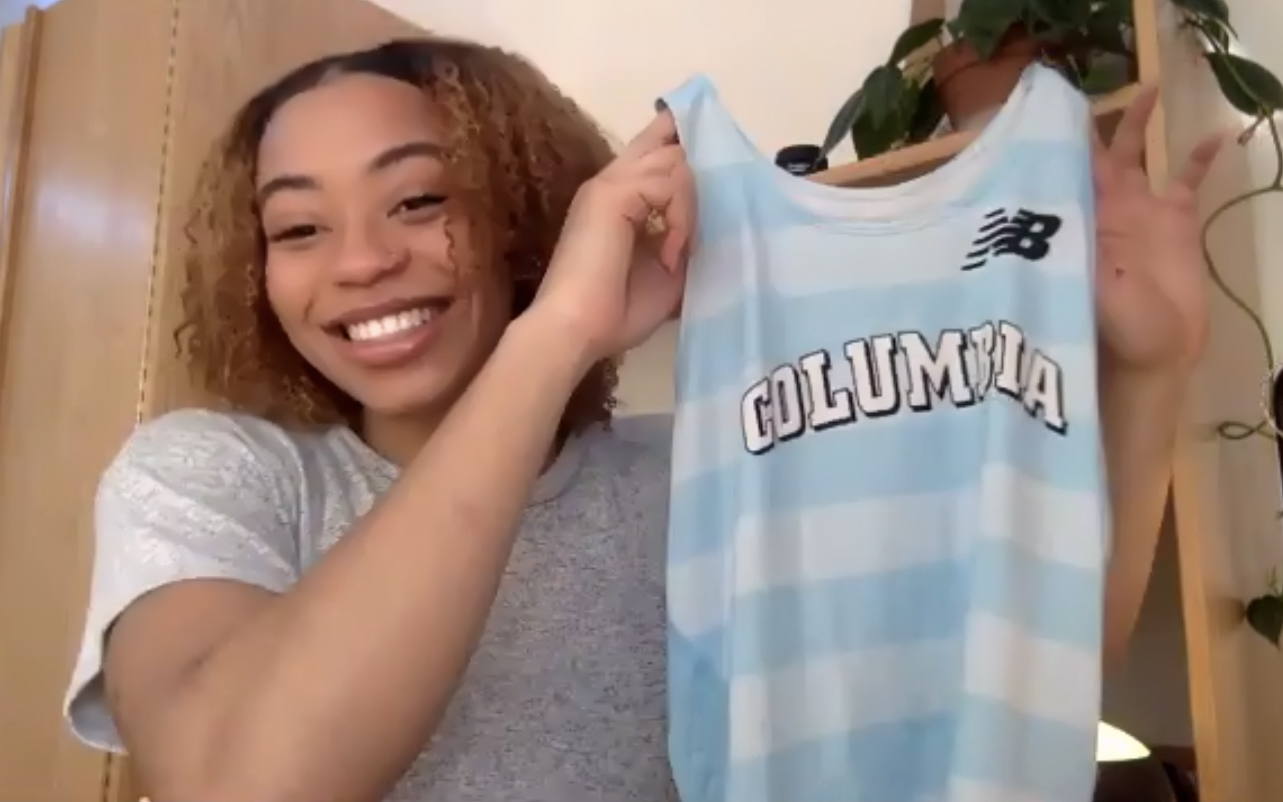 When sophomore Rachel Marsh first arrived at Columbia, she felt like something was off, but wasn’t sure what. Marsh, a sprinter on the track and field team, came to New York from Garland, Texas, and spent her first semester caught up in the whirlwind rhythms of practice, competition, and academics.

While speaking with other members of her team, Marsh realized the problem: She was operating on a schedule which left no room for creativity or her artistic outlets, an issue many athletes faced. In high school, Marsh’s favorite pastime was photography; she ran a photo business for five years before coming to Columbia. But since joining the Light Blue, she realized she hadn’t touched her camera in months. For Marsh, it felt like losing a part of herself—and many of her teammates could relate to what she was feeling.

But soon after she realized this, Columbia sent its students home. Away from school with her athletic competitions on pause, Marsh decided to devote her spare time to photography. To get back in touch with the art form vital to her sanity, Marsh began taking photographs again to post to her own platform, Brazen.

When Marsh founded Brazen, a website with now nearly 10,000 hits, she intended it to be both a creative outlet and a resource for students like her—a space where students of color, especially athletes, could celebrate their art. After the first few months, Marsh said she discussed her future mission of the website with friends from Columbia and other universities and decided the blog would promote mental health. She named the website Brazen, which to her means, “bold and without shame.”

“That word resonated with me a lot, just because I think it’s the way that I am, [and] I’m not like that in a bad way,” Marsh said. “So it resonated with me, I wrestled with it for a while. And then as we came into this mental health space, I kind of realized that the word is so beautiful. It’s beautifully connected to it.”

For sophomore Nicolette Auld-Griffith, a close friend of Marsh’s, first year had also been difficult. Auld-Griffith ran track and danced competitively in high school and took time to adjust to her shorter, twice-weekly practices with her new Columbia dance squad. Being one of only a few Black students in Columbia’s mathematics-statistics major, she also struggled with loneliness, as other students doubted her academic ability.

Like Marsh, she felt caught up in the daily stresses of Columbia. When she saw Marsh’s posts, she jumped at the chance to be involved in a creative project, taking on the role of outreach coordinator. In this role, Auld-Griffith reaches out to artists and interviews fellow students, including sophomore artist Gülnur Avci and junior photographer Zakaría Gharrafi, to become part of the team. Before Brazen, she didn’t write for fun and was surprised by how much she enjoyed the interview process.

Auld-Griffith ended up enjoying a lot of things about being involved with the site. In addition to writing for fun, the most refreshing part for her was seeing Black, Indigenous, and other peers of color pursuing passions outside of their academic spaces and “flourishing within those [creative] fields.” Growing up, Auld-Griffith often heard the message that artistic pursuits must always come second to work, and so it was inspiring to see her peers have more flexibility.

“It was really nice to see how those people did that and how they envisioned their future,” Auld-Griffith said. “I asked, ‘Where do you envision this going? Where do you envision this pursuit going?’ And it was nice to see how they wanted it to grow. I lived through them in that moment, like through their joy of having that space outside of the academic life at Columbia.”

In addition to the connection between art and mental health, Marsh specifically wanted to focus on the importance of mental health for Black students such as herself and other students of color. She said this was key because in her experience, mental health can be overlooked in the Black community—making a space dedicated to unapologetic conversations about mental health in Black, Indigenous, and people of color communities could really make a difference.

“There’s a lot of insecurity and stuff that goes on on the backside for Black people, specifically in talking about mental health issues,” Marsh said. “Making that transition into becoming a mental health platform, we really wanted to make sure that our mission was pushing that we are allowed to hurt, and be bold about the ways that we’re feeling, and we’re allowed to be passionate in the ways that we’re feeling. We don’t have to hide or be subliminal with those messages. We can say, ‘No, this is hurting me, this is not a safe environment for me,’ and [be] bold about that, and [be] shameless about [that].”

For Auld-Griffith, having a space to prioritize mental health for her and other students of color was important because of the unique stresses Black students experience at Columbia, a predominantly white institution. Sometimes, she said, Columbia otherizes Black students, using affirmative action or athletic recruitment to imply that these students don’t deserve their spots.

“There’s a lack of outreach to the BIPOC community,” Auld-Griffith said. “There’s definitely stresses that we have outside of academics. It was already a struggle for us to get here, and then now we’re struggling while we’re here. And then in addition to that, we have to deal with all of the other factors of … people thinking that we’re not supposed to be here, people not believing in us.”

This reason is perhaps the most significant way that Brazen has helped both its founder and outreach coordinator. Although they are both currently taking a break from creating site content to plan its future, Marsh said running Brazen has helped her think differently about her mental health and reconsider her hyper-competitive mindset. Instead, she started communicating more and becoming more unapologetic about her needs. Similarly, Auld-Griffith can’t help but get emotional at what such a site might have meant to her a year ago.

“Coming into Columbia last year, I definitely struggled connecting with people, finding friends, finding people to talk to, finding people who related to me. So I think having a space where there were other people that [were] kind of living through the same things I was living through, it definitely helps. I wouldn’t have felt so alone,” Auld-Griffith said. “Now it exists, [and] people can look to Brazen to feel like they’re not alone.”