From Bears to Lions: The creation of the Columbia-Barnard Athletic Consortium

From Bears to Lions: The creation of the Columbia-Barnard Athletic Consortium 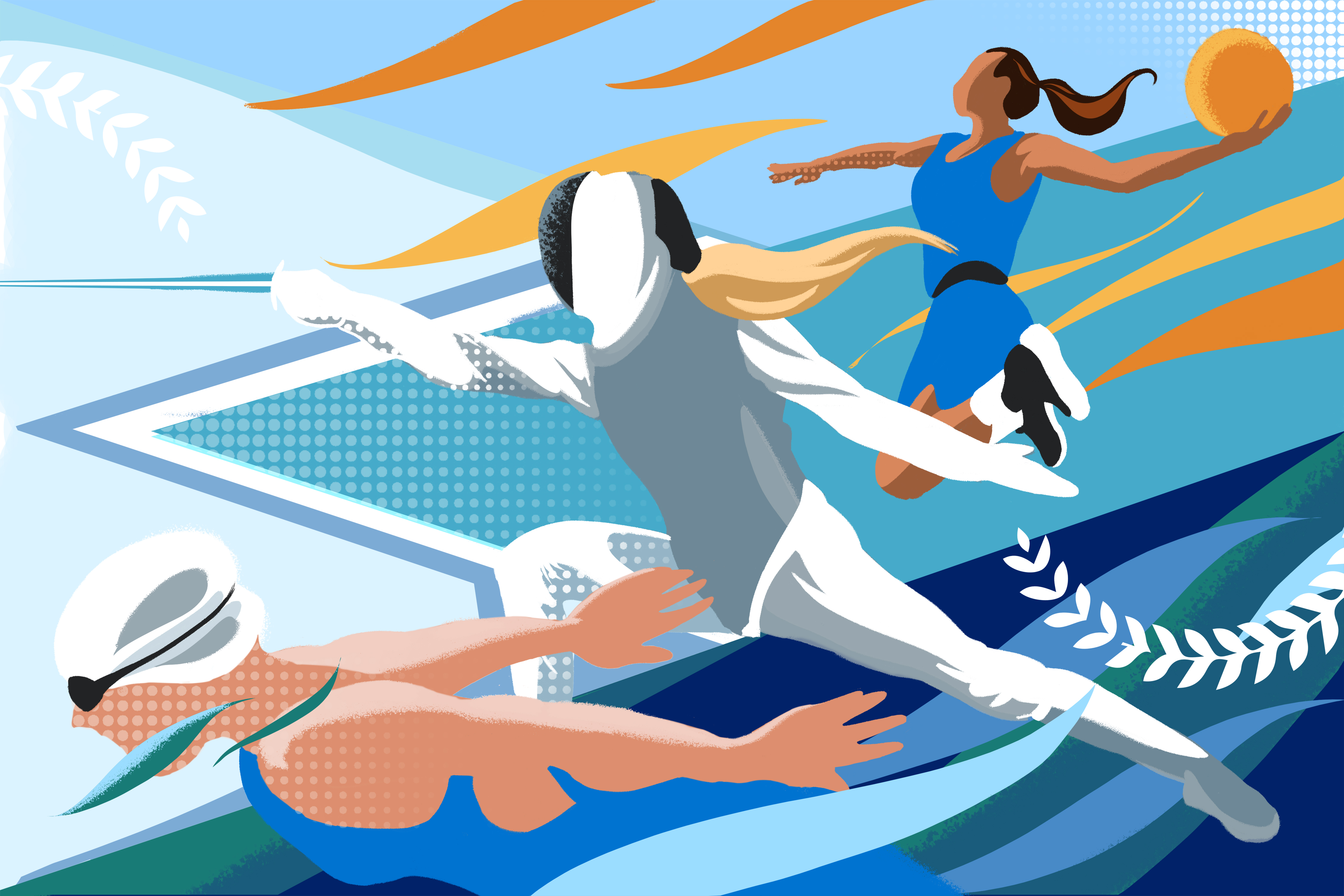 The Barnard-Columbia Athletic Consortium was created in 1983.

The creation of the Columbia-Barnard Athletic Consortium in 1983 was an unprecedented endeavor. Made in tandem with Columbia’s decision to become coed, a request to the NCAA allowed the two schools to form an athletic consortium, making Barnard the only women’s college in the country whose students could compete on Division I athletics teams.

The decision, while a fundamental aspect of the Barnard athletic experience today, garnered ambivalent reactions from athletes at the time. While some met the change with enthusiasm, others expressed concerns that Barnard athletes, who had been competing at the Division III level, would be overshadowed by their Columbia peers.

All-American fencer Lisa Piazza, BC ’85, struck a note of optimism. “It’s a way to keep Columbia and Barnard from drifting apart,” she said in a 1983 interview.

No women’s college had ever been involved in Division I athletics before, so athletes and coaches did not know how the experiment would play out, or whether the consortium would prove fruitful.

Some were pessimistic about the decision’s implications. Sansi Sussman, BC ’84, who played on Barnard’s basketball team from 1981-82, worried about an imbalance of power between coaches. “The men’s coaches should not dictate to the women’s coaches,” she said.

Art Martella, CC ’85, offered another warning about tensions between the schools. “I see definite friction. Columbia women may ask, ‘Why should Barnard play on Columbia teams?’”

Upon the creation of the consortium, however, it became clear that uniting Columbia and Barnard athletics was a productive step for both schools. Though the inclusion of Barnard athletes under the Columbia umbrella forced administrators to improvise with the ever-limited space for facilities, both sides were open to the newfound relationship, according to a 2004 interview with Paul Fernandes, former associate director of intercollegiate athletics at Columbia.

“The men welcomed the women. It was a smooth transition,” he said.

Nonetheless, the creation of the consortium was a delicate balancing act. The University was tasked with preserving the successful Barnard athletic experience while incorporating women into the Columbia sports community. That Barnard athletic experience, defined by athletes who competed as Barnard Bears from 1975-83, was an entirely separate entity from the Columbia Lions, utilizing their own funding and resources to field teams. This experience was shaped by the 1972 Education Amendments, which included Title IX.

The new legislation, which mandated that athletic funding be proportionally allocated to men and women based on each school’s gender populations, forced Columbia to change its athletic policies, allowing Barnard athletes to rent time at Columbia’s facilities as long as women in Columbia’s engineering and nursing program could join Barnard teams. While the Bears found some success, particularly in their track and field and fencing programs, most athletes were walk-ons, as the formal recruiting structure had yet to be established.

With the 1983 decision to create the consortium, however, the schools on each side of Broadway began to share one athletic community in which funding, space, and team names were shared between both schools.

Some teams began to flourish almost immediately under the new agreement. The 1985-86 women’s basketball team, for example, went 19-7, and continued that success in the next year when it went 21-6. The women’s fencing team boasted an impressive bevy of All-Americans from 1983-85, including Piazza, Tracey Burton, BC ’83, and Katy Bilodeau, CC ’87.

For other teams, it took longer to find their footing under the new partnership. Women’s tennis struggled in its first few years as a program, only garnering its first All-Ivy recognition in 1991. Women’s volleyball also stumbled through its first years as an official program, only winning two Ivy League games from 1983 to 1987.

Concerns about a strained relationship between the two schools are still relevant. The number of Barnard athletes has seen a continued decline since the creation of the consortium, at which point 91 Barnard students competed on eight teams at Columbia, although Athletic Director Peter Pilling told Spectator that Athletics has been working with Barnard President Sian Beilock to increase opportunities and recruiting for Barnard student-athletes.

“We just started talking about ways to enhance additional admission support through Barnard, and [Beilock] really embraced that, the opportunity to have that number increase,” Pilling said. In 2015-16, he said, there were only 17 Barnard athletes; this year, 37 Barnard athletes are listed on rosters on the Columbia website. Going forward, Pilling said, “that number is even going to go up next year, and we think we’ll be into the 40s, with Barnard student-athletes.”

Today, Barnard athletes compete on 15 teams across the consortium, and a 2005 Spectator investigation found that Barnard still contributed half of the consortium’s operating costs; this agreement was in place until 2018. Whether the new consortium agreement has changed the percentage in which Barnard pays is unknown.

As the consortium moves into its 38th year, the original mission remains—to build an athletic community that offers “the finest competitive opportunities” at Barnard and Columbia.